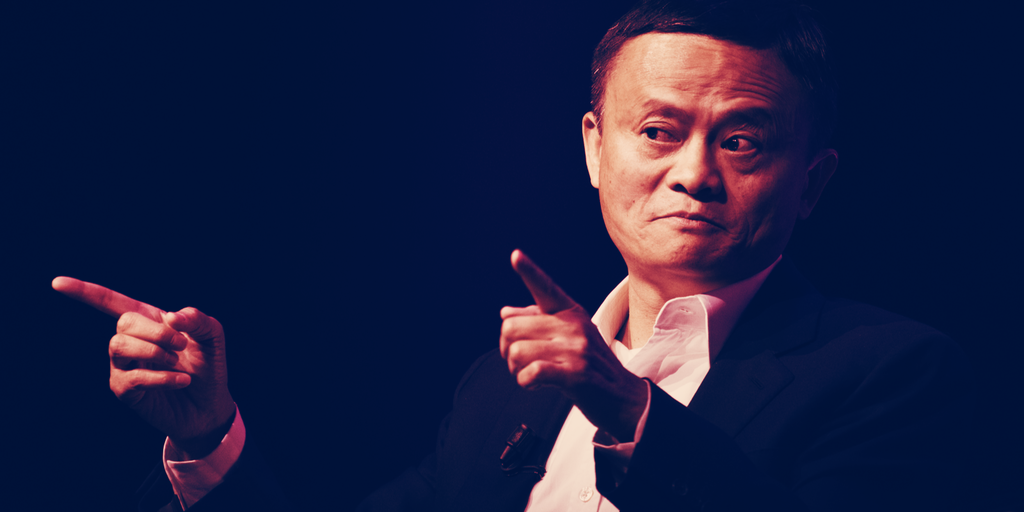 The founder of China’s biggest e-commerce company, Alibaba, made the comments during a speech at the Bund Summit in Shanghai, Bloomberg reported today.

“Digital currency could create value and we should think about how to establish a new type of financial system through digital currency,” Ma is reported to have said.

But it isn’t clear what the entrepreneur—who is worth $61 billion, according to Bloomberg estimates—meant by “digital currencies.”

As one would expect, the crypto community were quick to speculate on what Ma was talking about regarding digital currencies.

Binance CEO Changpeng “CZ” Zhao wrote on Twitter that it was an “amazing speech” where Ma “talked a lot about cryptocurrency and the future.”

Zhao responded that “the meaning is up for interpretation.”

Cryptocurrencies are banned in China—but Bitcoin and other digital assets are still traded in the region. Chinese Bitcoin miners also mine the bulk of the world’s new Bitcoin.

It is possible Ma was talking about a Central Bank Digital Currency (CBDC), such as China’s digital yuan, in his speech; countries around the world are racing to develop a centralized, digital currency.

But China is winning the race with its digital yuan—which is already in a testing stage.

Ma also said during the speech that global regulations, particularly the Basel Accords (an international banking supervision framework introduced in 2010), were out-dated and “like an old people’s club.”

He added that worldwide regulations were stifling China’s development and are “not thinking about young people’s or developing countries’ opportunities.”

Ant Financial, an affiliate company of Alibaba, is about to launch an IPO valued at $30 billion. It is thought to be the world’s largest.