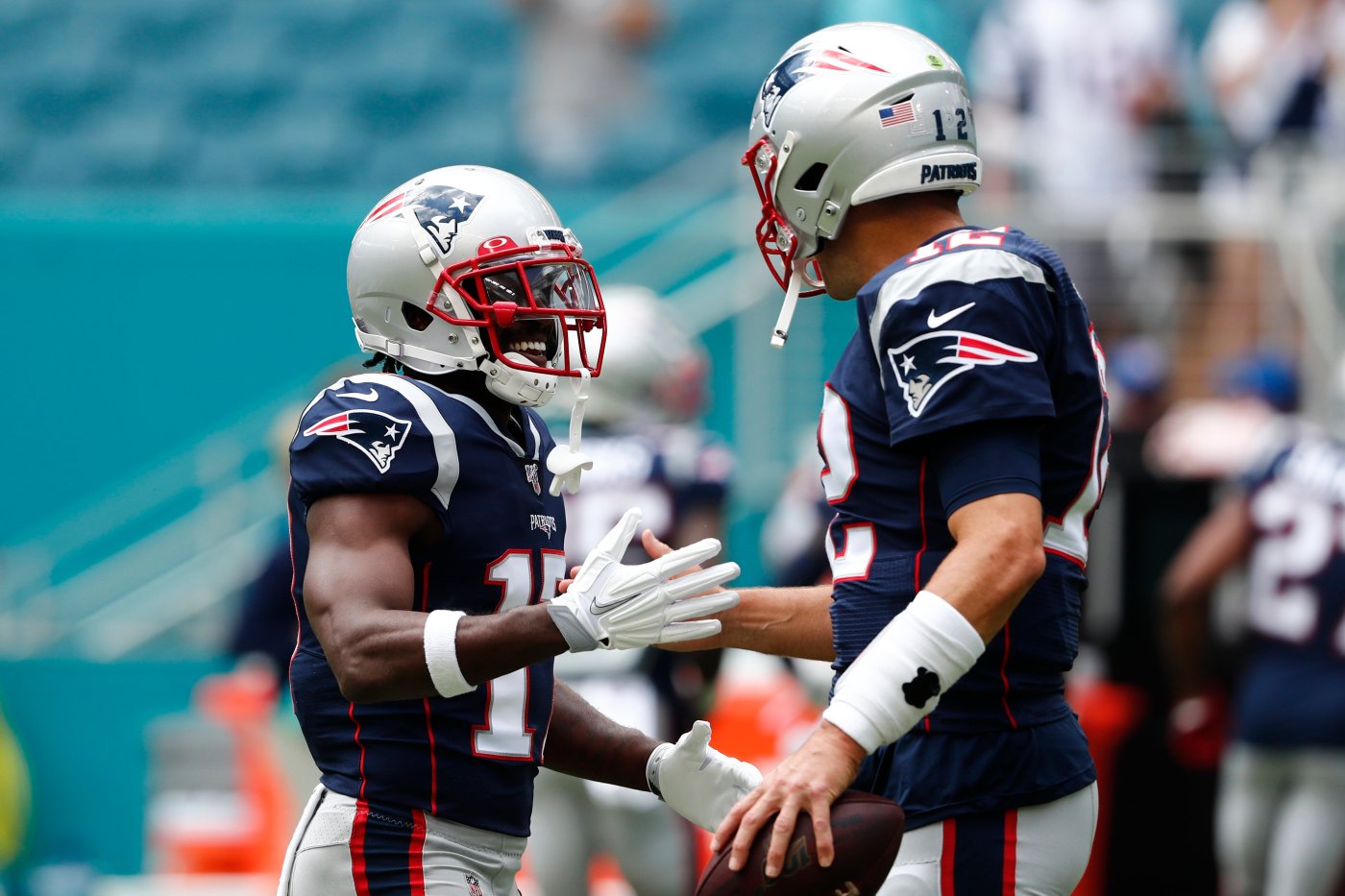 Game of the Week

Hey, Buccaneers coaches, it’s OK to trust Tom Brady with more shots downfield. Their win Monday at the Giants was underwhelming offensively. Tampa Bay is a 4 1/2-point favorite and look for it to be more daring.

Lock of the week

The Cardinals are a 4 1/2-point favorite out of their bye week and will lean on their league-leading offense (419.1 yards per game) to beat Miami and tie Seattle (which will lose at Buffalo) atop the NFC West.

Upset of the week

The Jets have never started 0-9 … and they won’t this year. Gang Green is a four-point home underdog, but they’ll add to the Patriots’ misery. The worst will be winners and the one-win Giants and Jaguars will rejoice.

Steelers rolling. Two weeks ago, we thought Pittsburgh was a good team benefiting from a soft schedule that had only one team (Cleveland) with a winning record. But then the Steelers won at Tennessee (27-24) and Baltimore (28-24) and are favored to improve to 8-0 Sunday at lowly Dallas. If the Steelers win, coach Mike Tomlin will tie the NFL record held by Marty Schottenheimer for beginning his coaching career with 14 consecutive non-losing seasons. Tomlin and quarterback Ben Roethlisberger have been the constants as the Steelers have retooled on the fly.

Accountable GM. It’s not often a general manager admits error in letting one of his free agents depart. But the Jets’ Joe Douglas, his team 0-8, did just that when asked about receiver Robby Anderson, who signed with Carolina ($10 million guaranteed) and has 51 catches. “That’s on me, ultimately,” Douglas said. “There are thousands of decisions that come across your desk during the year and I go back and look at what I could have done better in that specific situation.” Basically, Douglas didn’t think Anderson would be available for the affordable salary he is earning with Carolina.

Allen’s bounce back. It’s a big game for Buffalo quarterback Josh Allen Sunday against Seattle. The Bills are 6-2 and lead the AFC East, but Allen has no touchdowns in the last two games (16 in the first six). Allen will need to take advantage of the Seahawks’ league-worst pass defense. “If they want to play some soft zones, (I can) take some of the underneath stuff and when the big play presents itself, we have to make sure that we execute and go after it when we can,” Allen said.

Back-and-forth record. Sunday night’s New Orleans-Tampa Bay showdown could include the in-game trading off of the NFL’s all-time touchdown passing record. The Buccaneers’ Tom Brady and the Saints’ Drew Brees have 561 and 560, respectively. The previous record holders were able to enjoy their time at the top, led by Sammy Baugh (18-plus years with 187), Fran Tarkenton (19-plus years with 342) and Dan Marino (11-plus years with 420). Peyton Manning held the record for five years, 58 days (539) until he was passed by Brees.

Rivera’s cause. Washington coach Ron Rivera completed his cancer treatments during his team’s bye week and talked about his desire for “some form of (the) Affordable Care Act.” In a conference call with New York reporters on Wednesday, Rivera added: “I don’t know who the President is going to be. I don’t care if it’s a Republican or Democrat, there’s a group of Americans that need to be covered, that need to have the benefit of that and we need to figure it out quickly because I’m serious. I saw what (the treatment) costs. … I can only imagine what it is for Americans who don’t have (coverage) and for us to be one of the richest countries in the world and not have a good medical plan for our citizens is disappointing.”

Robinson shining. Receiver-needy teams should covet Chicago’s Allen Robinson, who is wrapping up a three-year, $42 million contract and is poised to hit the market ahead of his age-28 season. Robinson is carrying the Bears’ offense — he’s sixth in the league in catches (50) and yards (631). He had six catches for 87 yards in last week’s overtime loss to New Orleans after not practicing due to a concussion.