Beavering Away at the Conflux Network: A Chinese Blockchain’s Attempt to ‘Fix’ Ethereum 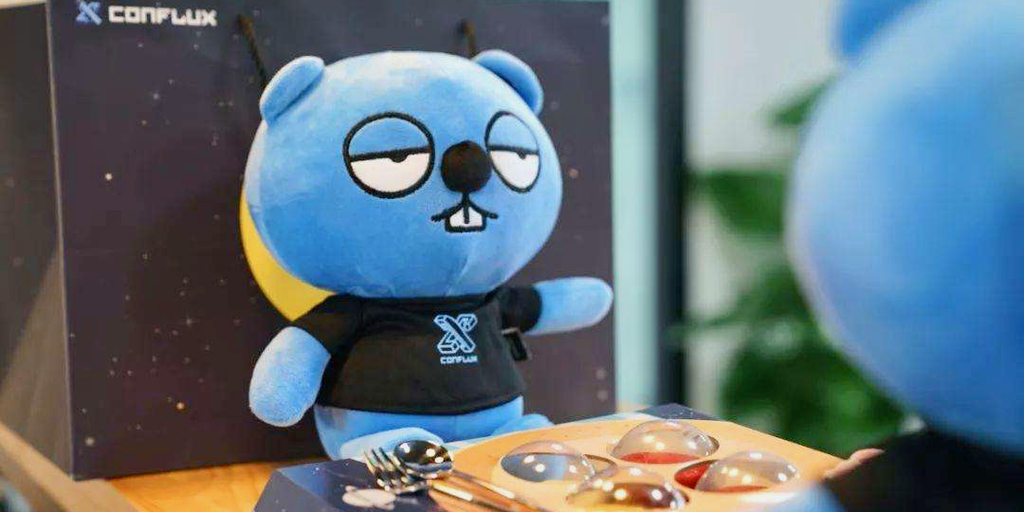 It was on a cold snowy day in January 2020 when your correspondent first visited Conflux Network’s office in China. Situated in the heart of Beijing’s technology zone, Conflux’s office is known for having its mascot, Confi, a blue beaver cartoon character, displayed everywhere.

Conflux is a Layer 1 public blockchain that claims to solve what its founders say is Ethereum’s trilemma—security, scalability and decentralization. It does this via a so-called tree-graph consensus mechanism. At its core, Conflux wants to incentivize parallel block generations, which increase throughput, and unify the data through a tree-graph structure before settling the final transaction on the main blockchain. It’s a different paradigm compared to the more common sharding, state channel and Layer 2 approach.

When I visited, the company was busy developing its mainnet while making a series of announcements with provincial governments. Now, 10 months later, with its mainnet having recently launched, I (virtually) sat down with Fan Long, Conflux’s co-founder and a professor at the University of Toronto’s Computer Science department, to discuss his company’s positioning in an increasingly competitive public blockchain landscape.

Made in “Yao’s Class”

This year has seen many promising Layer 1 protocols either go live or make serious progress, including Polkadot, 0x’s Matcha, Near and now Conflux. Each protocol is marketing its own competitive advantage.  For Conflux, its message has always centered on having been  incubated by the “Yao’s Class.” Professor Andrew Yao is a recipient of the prestigious Turing Award and is the dean of  Institute for Interdisciplinary Information Sciences (IIIS) at Tsinghua University, one of the more elite Chinese tech schools. It recruits a highly selective few thousand of the 10 million students who participate in China’s college entrance exam.

Educated both in Yao’s Class and the Massachusetts Institute of Technology, Long first tinkered with the idea of Conflux, in 2017 after he graduated from MIT and returned to China to hang out with his friends, most of whom graduated from the same place.

After listening to a lecture from Professor Yao, just for kicks, Long and friends started looking into how one might make a blockchain scalable, and subsequently published a paper on the topic. It wasn’t until investors started knocking on their doors that Long decided to turn his research project into a real company.

“Conflux is truly a revolutionary technology that will shape our society simply because it enables a new way to build trust,” Long told me. “It’s a meaningful way to use my expertise in Programming Languages and Security,”  two areas in which he concentrated his studies.

Because of its academic roots, Conflux was born with a golden spoon. It stood out in 2018 when most projects had unsurprising, cookie-cutter white papers. Using that legitimacy, Conflux quickly established itself as a government-approved public blockchain, making announcements with provisional governments. That seemed a little secure at a time when many crypto companies, such as OKEx and Huobi, were facing far tougher regulatory scrutiny.

Play a different game and focus on being compliant

The biggest challenge with any public blockchain is to ensure that people actually use it. “We are playing a completely different game than most chains in the world,” Long told me. “Many chains are playing the decentralization game that centers on communities of anarchists. But for us, if blockchain has to evolve to the next stage, it has to be in regulatory compliance with real-world applications.”

That, as Long later emphasized, does not mean a blockchain must stop being permissionless, but it has to be compliant. So, how can it be at once compliant with Chinese regulations—and permissionless and censorship-resistant?

For Long, the question is as yet unanswered, mainly because the blockchain regulatory landscape is still evolving. “Similar to the US government, the Chinese government doesn’t know how to deal with a revolutionary technology such as blockchain,” he said. “There is no instruction book, and no rigid rules. That’s why for us, the first and foremost tactic is to maintain a communication channel on what we are trying to work on so there are no surprises.”

Granted, the communication channel should be left open, but to me, the real question remains: What if the government decides to use its hammer and smash certain features and initiatives? Would Conflux sacrifice its permissionalessness?

Long did not have a good answer, and perhaps that’s why Conflux’s initial use cases focus on applications that don’t touch any sensitive data. An example Long gave was using Conflux to record the details of a building’s lifetime, from its design to its construction and maintenance.

Sounds like one of those blockchain-enabled use cases circa 2017?

Perhaps Long is also aware that developing real-world blockchain use cases could be a Long March. The Conflux team, instead, wants to provide a Conflux-powered infrastructure that allows assets to flow between public blockchains.

“We are watching Ethereum very closely and looking to onboard applications that are handicapped by the transaction fees on it,” Long said. “We’ve also built a cross-chain bridge ShuttleFlow so users can map their BTC and ETH assets 1:1 to the Conflux network, making Conflux function almost like a Layer 2 solution of Ethereum.”

By building this cross-chain bridge, Conflux can tap into Ethereum: once these assets become fluid, they can enter the Conflux ecosystem and be used for all the DeFi games that Ethereum is so good at.

That seems to be the solution for many public blockchains, but the bridge is particularly important for Conflux, because it has no assets of its own. Being the only public blockchain without a token, Long and his team are taking time to design what a Conflux native token would look like.

“There will be a token for governance, and we are talking with the big centralized exchanges. But the challenge is that we want to stay in line with the government until regulation around token issuance becomes clearer.”

Conflux sits at a unique position. It seems like an outright Chinese public blockchain but with technical prominence and a global team. Since most real-world blockchain use cases have thus far yielded little fruit, Conflux has shifted its focus to the burgeoning DeFi community by establishing “Open DeFi,” an alliance aimed at bridging eastern and western DeFi projects.

That sounds great except it isn’t the only one building a bridge. Huobi, one of the largest crypto exchanges, also announced its own DeFi alliance with major DeFi blue chips.

Conflux will continue to face fierce competition from both blockchain networks and exchange players. It could play the Far Eastern card from time to time. But the real question remains whether its network can be utilized, either as Layer 1 or Layer 2 of Ethereum. In the meantime, at least it has a cute, blue, beaver mascot.

“梭哈” which means “show hand” in Chinese. It’s widely used by Chinese degens as a way to say “all in.” It used to be all in on DeFi farms. Now perhaps, it is all in on DeFi blue chips.