Bitcoin: An Asset, Commodity or Currency? 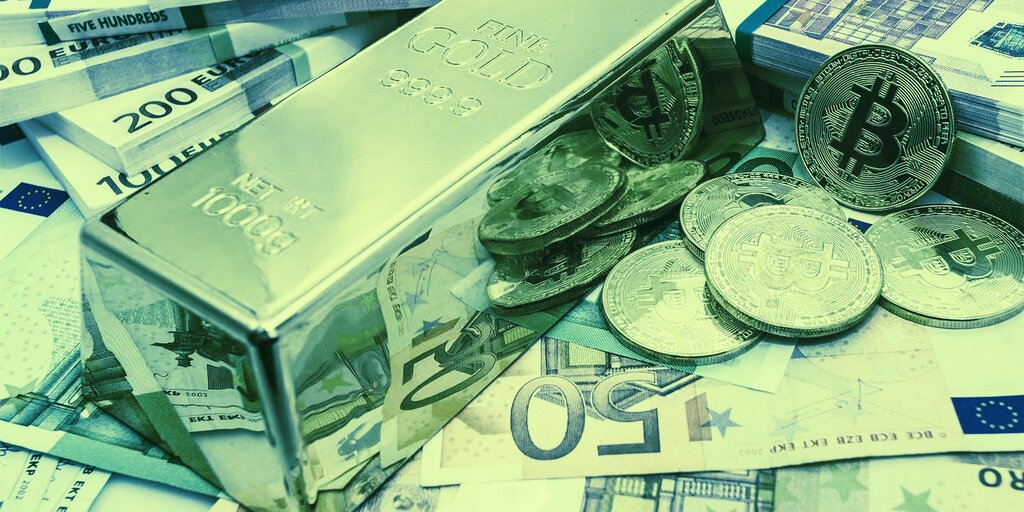 Bitcoin has been called many things over the years: digital money, digital gold, a sham, an investment, an asset, the end to modern capitalism as we know it.

But with the price of the world’s largest cryptocurrency on a steady rise, it’s the perfect time to look again at where Bitcoin sits in the eyes of those trying to define it.

In today’s Market Watch, we’ll take you through the arguments for Bitcoin as either a currency, an asset or something else, and whether it’s time to look at Satoshi Nakamoto’s invention differently.

Bitcoin as a currency

Bitcoin can be used to buy a whole load of things. From holidays, artwork, food, cars, property and more.

One of Bitcoin’s earliest proofs-of-concept came when Laszlo Hanyecc agreed to pay 10,000 Bitcoin in exchange for two Papa John’s pizzas. The day is now affectionately commemorated as “Bitcoin Pizza Day”.

Since then, more than 100,000 different websites now accept Bitcoin as a mode of payment.

But the trend appears to be that Bitcoin is moving away from it’s role as a currency. Bitcoin’s trading volume has been declining since 2018, replaced by Ethereum as the most moved asset.

This has been a trend that’s been maturing over several years, according to Grayscale’s valuing Bitcoin report. In the paper, Grayscale noticed a marked increase in the number of holders–people holding Bitcoin for longer than three years–versus speculators, people who have moved Bitcoin in the last 90 days.

Lastly, but not leastly, for a currency to be viable, it needs to have low volatility. If a currency moves a lot then it makes it difficult to value goods and services appropriately. Especially when you have to factor in transaction times on Bitcoin. You might agree on a price for a good, but in the transaction time – which can be days if the network is busy – the value might rise or fall, making it extremely difficult to manage revenue flows.

So while yes, you can absolutely use Bitcoin to buy and sell things, it appears most of the crypto community see the project being more valuable as something else.

Bitcoin as an investment?

What happens if we see Bitcoin has a HODLing tool? Something you buy and hold and hope the price goes up? Well, there appear to be two camps with this: the Bitcoin believers and Bitcoin doubters.

On the Bitcoin believers side, you have companies like MicroStrategy and Square, who have been betting big on Bitcoin as an investment.

These two companies are regarded as Bitcoin’s flagship institutional investors, sinking nearly $600 million into the cryptocurrency between them.

Their thinking for Bitcoin’s potential as an asset is two-fold. The first is about its position as a money supply that’s beyond the quantitative easing currently employed by some of the world’s largest economies.

MicroStrategy CEO Michael Saylor argues that as central banks increase the money supply, so the value of everything bought with that currency, equities, and bonds, become worth less.

With Bitcoin on the other hand, no one or no thing can change that. Its monetary supply is fixed and is non-inflationary. As a result, BTC in the eyes of the believers is seen as an investment. And it’s not difficult to see why. MicroStrategy has seen it’s investment return $133 million in profit on it’s $550 million investment.

The second is in its ability to be an on-ramp for huge swathes of the world not currently reached by financial services. At present, 2.5 billion of the world’s adults don’t use banks or microfinance institutions to save or borrow money. Part of that is down to banks’ view on the profitability of this group – versus the costs to reach them. The other is down to the state of the currencies many of the worlds unbanked have to use.

While the US dollar, the Euro, the British Pound and the Japanese Yen are seen as the pillars of global currency markets, there are a lot of currencies that aren’t quite as stable. Chief among them is the Venezuelan Bolivar Soberano and the Zimbabwe Dollar, which have both depreciated by more than 70% against the US dollar this year. But there are others that aren’t far off: the Seychelles Rupee, the Zambian Kwacha and the Brazilian Real have all lost 20%.

When currencies go into freefall, governments tend to restrict citizens’ access to foreign currency to prevent further devaluation. On top of that, banks see getting involved in banking citizens of these volatile currencies as too risky, keeping them out of those markets. Bitcoin however, has so such issues. Anyone with an internet connection and a USB stick can invest, making it a perfect investment vehicle for a third of the world’s population-and as such a great investment to buy into now for when that happens.

But not everyone sees it that way. Others regard Bitcoin as a pour investment vehicle, precisely because it doesn’t adhere and conform to the structures and institutions that make fiat money, well fiat money.

IPE, a leading publication for institutional investors in Europe told its readership to steer clear of Bitcoin as an investment earlier this year on the grounds that it doesn’t have clear regulations over things like credit intermediation and regulation.

It argued that because there was no trusted marketplace for institutional-only cryptocurrency trading and an absence of big banks providing liquidity to traders, it was seen as an investment too far beyond what wealth managers would traditionally opt for.

There’s also the argument that investments are different from speculative assets like commodities. Take the pension industry as an example. The global pot of cash currently sat in pension funds, around $3.6 trillion, wouldn’t invest or speculate on the performance of a currency.

The reason? It’s an asset with zero yield: i.e. the holding of the asset doesn’t produce additional profits beyond the rise and fall of the underlying asset. Property for example, is a yielding asset, which makes it an extremely popular place to invest money for the world’s pension managers.

Now, that’s not to say that there aren’t an increasing number of ways of creating yield out of cryptocurrencies, AAX’s Savings is a great way to make crypto holdings earn interest. But for those sitting on some of the largest pots of money in the world, they are steering clear, for now.

Bitcoin as a commodity?

So if Bitcoin struggles to stay stable enough to be a currency, and its lack of regulation makes it a turn off for big investment, what about as a commodity?

Commodities, as a reminder, are a basic good that is interchangeable with other goods of the same type. Essentially, a commodity produced by one producer is basically the same as that produced by another producer. Examples of commodities in the real world are:

In recent years, more financial products have been added to the commodity list, one of which is Bitcoin. In America, the Commodities Futures Trading Commission designated Bitcoin as a commodity in 2015. But what does that mean in practice?

Commodities traditionally have higher price volatility than assets like property, or money supplies like currency, making them a fertile environment for speculators trying to predict the rise and fall of an asset and betting accordingly. This is where you find futures trading, a marketplace where people are trying to predict which way a commodity will swing.

Since the launch of the first Bitcoin futures product in December 2017 by the Chicago Board Options Exchange (CBOE), they have exploded in popularity, and now represent more than 75% of all Bitcoin trade volume.

“Some of the biggest growth on our exchanges has been in Bitcoin futures trading, as investors increasingly look for ways of diversifying portfolios and protect their wealth against inflation,” continued the spokesperson from AAX.

Long-term, Bitcoin’s Stock to Flow model highlights that the cryptocurrency is likely to continue to grow steadily over the longterm.

On top of that, Bitcoin as a commodity is also more regulated than it is as a currency or investment. Thanks to the Chicago Board Options Exchange, there is a benchmark for regulation that has weeded out non-compliant exchanges. The most recent example being BitMEX, which was charged with being an unregistered trading platform.

Because futures markets allow investors to speculate without needing to hold the underlying asset, it has brought institutional interest in Bitcoin that has helped Bitcoin be seen as more of a commodity than anything else.

Bitcoin? Depends on who you ask

If you HODL, speculate or buy pizza with it, Bitcoin can occupy all those spaces.