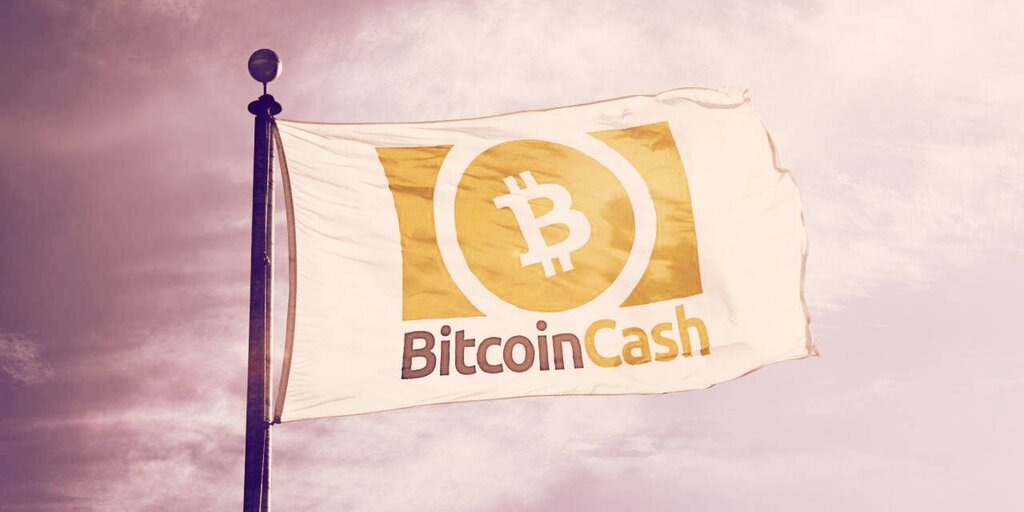 At approximately midday tomorrow, Bitcoin Cash, the sixth-largest cryptocurrency with a market cap of $4.7 billion, will once again split into two. Here’s what you need to know—and how to prepare.

Tomorrow, Bitcoin Cash will undergo a ‘hard fork’, meaning that its blockchain will splinter into two separate versions. This happens when there’s a disagreement about the direction of the chain.

Why is Bitcoin Cash Forking?

At the core of this is a dispute between Bitcoin Cash ABC (BCHA) and Bitcoin Cash Node (BCHN), two major BCH clients. Bitcoin ABC has proposed plans to introduce an Infrastructure Funding Plan (IFP), and plans to implement it via a hard fork tomorrow.

IFP would introduce a mining tax of 8%. That means that 8% of the rewards that miners receive for processing transactions would go to a software team developing the blockchain.

BCHN thinks the plan is likely to discourage miners since it reduces their profits. Moreover, there are fears that it’ll centralize the development of Bitcoin Cash around a single team.

Accordingly, Bitcoin ABC’s proposal is wildly unpopular and many people think that Bitcoin ABC’s fork will fail, since a minority of Bitcoin Cash users will use it. About 82% of miners use the BCHN full node software. This suggests that they are in opposition to the ABC fork.

How to Prepare for the Bitcoin Cash Hard Fork

Exchanges vary in their preparation for the hard fork. Here’s what you need to know about the large exchanges and crypto services.

Coinbase, a major cryptocurrency exchange, expects that the BCHN update will become the dominant fork. It will pause deposits and withdrawals of BCH until it has “determined the upgrade is stable,” it tweeted on November 5.

BitGo, a prime brokerage that has helped manage forks in the past, thinks there is a stark difference between the previous forks and this one—this one lacks the community support it needs to survive. “We will be shutting down all BCH services 12 hours prior to the fork on Sunday, November 15, 2020, at 12:00:00 AM UTC,” it said in a blog post.

Gate.io, a cryptocurrency exchange platform, is less apprehensive about the chances of its survival. It will shut down trading of BCH before the form. It predicts that the forked coins will be around long enough for regular trading. “If we are going to support the trading of “Candy” [the minority coin] we will let you know by posting it on our announcement,” Gate.io said.

Kraken, a major cryptocurrency exchange, will support BCHN “regardless of the outcome of the fork,” and all BCH tokens will reflect that update. Kraken will fork customers’ Bitcoin Cash tokens on their behalf. “Clients who want full control over the outcome of the fork should withdraw their BCH to a private wallet,” it advised.

Crypto exchange Huobi Global will support the hard fork. Ahead of the fork, Huobi will Suspend all BCH Exchange trading pairs, trading, and deposits and withdrawals. It recommends that traders close their positions before…yesterday.

Binance will suspend BCH deposits and withdrawals at 10 am tomorrow UTC. It said that spot trading won’t be affected but that it will suspend BCH borrowing until tomorrow. It expects that the BCHN chain will become the most popular one, but “reserves the right” to change its treatment of the hard fork if the BCH fork becomes the more popular fork.

Taking a similar stance, FTX will also allow the trading of forked coins. “[A] snapshot will be taken at approximately 12:00pm UTC, and any users with a BCH balance at this time will be credited with the equivalent assets on the minority chain,” FTX said in a statement. “We will closely monitor the situation and may list markets for the minority chain if we deem there to be sufficient demand.”

What is Bitcoin Cash?

Bitcoin Cash itself is the result of a hard fork. In August 2017, a group of developers thought that the Bitcoin blockchain wasn’t optimized for payments, since the block size—which represents the number of transactions able to be processed in a single batch—was too small, at 1MB. A small block size makes transactions expensive and slow to process.

The faction, led by Roger Ver and Jihan Wu of Bitmain, wanted to increase the block size to 8MB. This reduces the transaction fee to a fraction a cent (compared to multiple dollars for Bitcoin) and makes transactions quicker. In 2018, Bitcoin Cash’s block size increased to 32MB.

Bitcoin Cash itself has survived major hard forks. Shortly after its creation, Bitcoin Cash split into Bitcoin SV, or “Satoshi’s Vision.” That hard fork, led in part by Craig Wright, the self-professed (and much disputed) creator of Bitcoin, increased the block size to 128MB.

Did all of the forks work? Kinda. Bitcoin Cash’s transaction fees are a fraction of Bitcoin’s. But its price has been on a downward spiral since its creation; Bitcoin, however, appears to be on the rise.