Bitcoin-Loving Senator-Elect Praises Crypto as a “Store of Value” 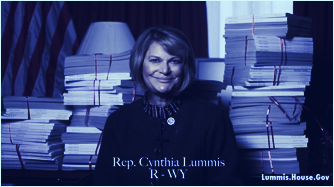 Republican Senator-elect for Wyoming and Bitcoin’s friendliest politician, Cynthia Lummis, this week spoke on US national television to preach the wonders of the biggest cryptocurrency.

During a Friday interview with Good Morning America, Lummis, who first bought Bitcoin back in 2013, said the asset was going to be “an important player in stores of value for a long time to come.”

“I do hope to bring Bitcoin into the national conversation,” she said. “I’m a former State treasurer and I invested our State’s permanent funds, so I was always looking for a good store of value and Bitcoin fits that bill.”

“21 million Bitcoin will be mined and that’s it—it is a finite supply,” she added.

Lummis, a close ally of President Trump, first bought Bitcoin back in 2013 when it was worth just over $300. She said she got her hands on the currency thanks to her son-in-law, who is the Chief Product Officer of crypto financial services firm, Unchained Capital.

“I bought my first bitcoin in 2013 because I believe in the economic power of scarcity and the potential for bitcoin to address some of the manipulations in our financial system,” she told the Wyoming Blockchain Stampede in September.

Her remarks on Good Morning America were lapped-up by the crypto-community on Twitter. Tyler Winklevoss retweeted the clip and wrote: “Watch US Senator Cynthia Lummis extol the virtues of Bitcoin as a store of value.”

When asked about President Trump’s refusal to accept defeat and electoral fraud, Lummis told viewers that a recount was necessary—and that President Trump should not concede.

“The integrity of this election needs to be verified,” she said. Trump’s argument depends on claims of electoral fraud. These are widely dismissed.