Bitcoin Up, Stocks Down as Decision Desks Call US Election for Biden 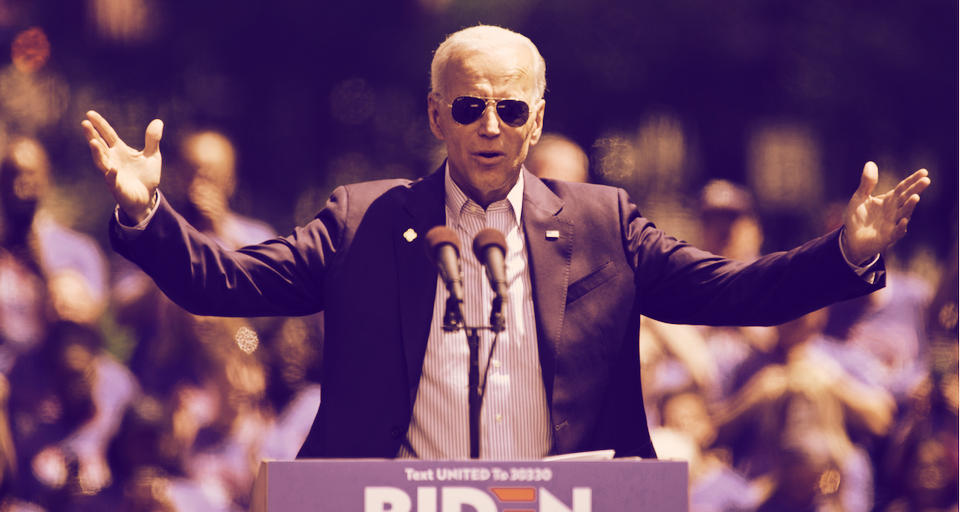 The dust is settling in the battle between US presidential contenders Joe Biden and Donald Trump, and the markets are still figuring out what to make of it. Yesterday, as the race tightened, both Bitcoin and stocks reacted positively. Today, the two have diverged.

As for the election, Biden holds a commanding lead over Trump with 264 of the necessary 270 electoral college votes, per the Associated Press. However, some decision desks have already called the race for Biden. Business Insider, citing Decision Desk HQ, reported earlier today that Biden had secured 273 electoral college votes after winning Pennsylvania.

Trump, predictably, is disputing the results and alleging “fraud.” Either way, his chances of reelection appear to be dwindling with each tick of the clock.

One possible outcome of Biden victory is the “swift passage” of a new coronavirus relief bill and economic stimulus. That means the Fed’s money printer will undoubtedly be reset to “brrr.” And the markets appear to be taking note.

Meanwhile, Bitcoin, which many investors view as a hedge against the inflation caused by printing more dollars, continues to rocket upwards.

As of this writing, Bitcoin is being traded for its highest price in over three years.