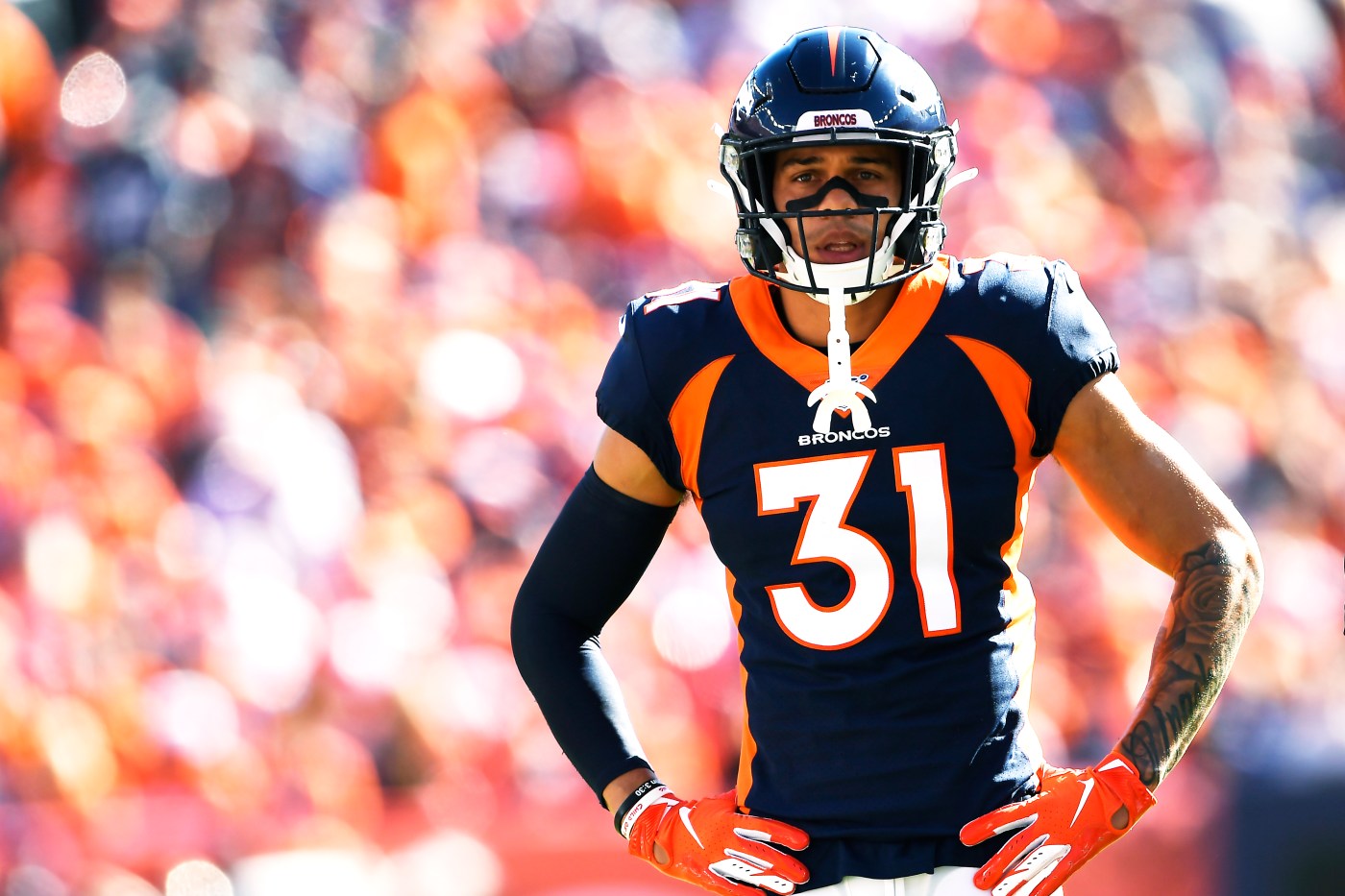 When the Broncos’ secondary meets to review the previous game or practice, Justin Simmons will often lament a play he should have made, question his pre-snap read and figuratively beat himself up.

Defensive backs coach Renaldo Hill will then speak up.

“I have to tell him, ‘You’re all right — cool it,’” Hill said in a phone interview with The Denver Post. “But he wants to be the best and that’s what you expect from a guy like that and that’s what he expects of himself.”

That never-satisfied-with-his-play mindset allowed Simmons to rise from third-round pick to second-team All-Pro, and it hasn’t stopped this year. He wants to better in man coverage, playing deep middle, blitzing, playing the run and leading — the thirst for improvement is the same as it was the day he arrived from Boston College in 2016.

“He’s a tough critic of himself, but you love that about the guy,” Hill said. “He wants to do everything perfectly.”

A perfect 2020 for Simmons would have been signing a long-term contract during the offseason, but after months of talks, he signed a $11.441 million franchise tender in mid-July.

If Simmons is concerned about his future, he isn’t showing it … or disclosing it.

“It hasn’t been a distraction at all,” he told The Post after Thursday’s practice. “A lot of the time, I kind of forget about it.”

Entering Sunday’s game at Las Vegas, Simmons has strengthened his case to be a part of the Broncos’ future core. He leads the team in snaps (all 557), interceptions (three) and pass break-ups (five), is third in tackles (49) and fourth in run “stuffs” (five). Goal-line coverage has been a hiccup with three touchdowns allowed in coverage, but he remains a sure tackler (only two misses) and  disciplined (no penalties).

“He played very well last year, so to take (his game) to another way bigger level would be hard,” said coach Vic Fangio, an admitted Simmons supporter since early in the 2019 season. “He’s definitely improved and is more comfortable in what we’re doing. Obviously, he’s playing really good for us.”

“There’s a lot I’m proud of and there’s a lot that needs fixing,” Simmons said. “I’m pleased with some of the things, but overall, there’s much more work to be had.”

Hill played 10 years in the NFL, starting 114 games and intercepting 19 passes. With that experience as a guide, does Simmons compare to any former teammate or opponent?

“He’s very unique,” Hill said. “He has size (202 pounds), length (6-foot-2) and great ball skills. Most of the bigger safeties I’ve seen are more compact, but Justin is long and wiry and he knows his traits and if he’s at the line, he knows how to use his hands and be physical.

“He’s a big combination of a lot of things. I can’t put him in the box. I really enjoy what he brings to the game.”

Hill is right-on about what Simmons brings to the Broncos’ defense — myriad skills that allow Fangio to move him all over the field. He can cover a receiver at the goal line. He has been used more as a blitzer this season. He can storm through a gap in the line and play the run. And he’s durable — his 2,681 consecutive snaps played since the start of 2018 is the NFL’s longest current streak.

“He’s always in the right spot,” said Bouye, in his first year with the Broncos. “He moves fast on the field and you don’t see him hesitating at all. The way our defense is with certain calls, he’s lining us up. Just to have him on my side is a good thing with me being new to the defense.”

Said Simmons: “Part of what makes him Vic great at what he does is the unpredictability of his calls and moving guys around and in different positions to make plays. All in all, there’s really no telling a lot of the time what’s going in the mad scientist’s head.”

Any analysis of Simmons starts with his ability to make interceptions. His 14 career picks are tied for third-most in Broncos history for a player’s first five seasons. He played center field for both of his interceptions in the past two games.

“That’s one thing when you’re evaluating a safety that you ask: How well do they play the ball in the deep part of the field?” Hill said. “He has a great feel for where the threats are around him. Sometimes, safeties are blind to what’s happening on the other side of the field, but his head is on a constant swivel identifying routes and also have range — he can track the ball where some safeties may lose it in the lights or misjudge it.”

Simmons turns 27 on Thursday, and his resume will make him attractive if he hits the free-agent market in March. Player and team have been consistent in their desire for a long-term relationship.

“It’s a situation, with all of the circumstances of what’s going on in today’s world, I’m fortunate to be in,” Simmons said. “I’m with a group of guys I enjoy being around and playing with and I love being their teammate.

“You know, it’s a true blessing because I haven’t had time to sit down and think about it. I just go out and play football with my guys.”

The coronavirus pandemic will impact the 2021 salary cap because of plummeting revenues. This year’s cap is $198 million. If anything, it will remain flat. In turn, that will impact how the Broncos do business, knowing they have to budget for future contracts for outside linebacker Bradley Chubb and receiver Courtland Sutton, both of whom are eligible for extensions after the year.

If negotiations fall apart, the Broncos could again turn to the tag, but it would be costly — $13.729 million (120% of this year’s tag), which would in turn impact other moves.

Staying with the Broncos remains a priority for Simmons, who has connected with the team’s fan base through his on-field play and off-field work with his foundation.

“I always told myself when I got drafted and made a roster, no matter where I was or what was said about my on-field play, that it would be a tremendous blessing to do what I do and I wanted to make sure I can give back as much as I can, as often as I can,” he said. “That could be a reason (for connecting). I try and give people, especially our youth, every minute I have because it’s important to invest in them because I was invested into and was able to capture my dream because of it.”

Simmons’ immediate goal is helping rescue a Broncos season that is on the cusp of disappointment. The contract talk will wait.

“I think the biggest thing is, you never hear him talk about it,” Hill said. “I think he knows if he continues to do his assignments and do his job at a high level, that will take care of itself. As a staff and guys around him, we know good things will come for him.”