Broncos play “unacceptable” in humbling loss to Raiders in Vegas 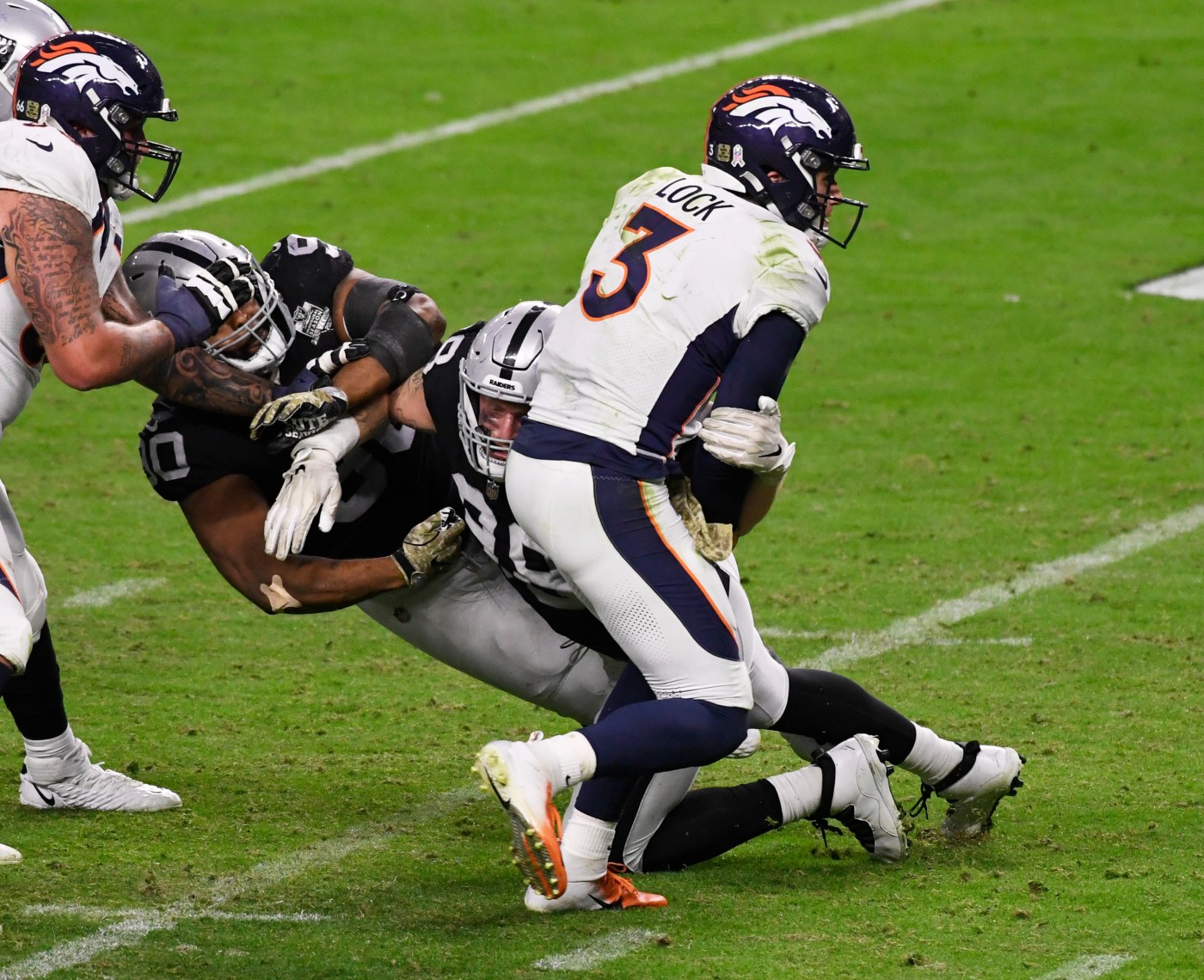 Cut Dalton Risner, he bleeds orange. He knows when watching the Broncos feels like pulling teeth.

And on the postgame Zoom call with media Sunday evening, the Wiggins native sounded as if he’d just returned from a trip to the dentist.

“Unacceptable,” the Broncos guard snarled after Denver’s second straight defeat, this one a 37-12 shellacking at the hands of the Las Vegas Raiders. “Unacceptable.

“That was an unacceptable performance (Sunday). And we need to know that. And it’s not that we’re going to dwell on that. But I don’t care what the reasoning is — we obviously haven’t watched the film yet, we don’t know what the reasoning was. But that was unacceptable from an offensive standpoint. We need to be better. Plain and simple, we’ve gotta be better, fellas. We weren’t good enough today to help our team win.”

On Sunday, the Broncos offense put a beat-up and beaten-down Denver defense in even more precarious positions in Las Vegas than they had in Atlanta the weekend prior.

The Broncos turned it over five times, with four of those coming on Drew Lock interceptions. Denver punted it from behind its own 18-yard line three times.

The Raiders, meanwhile, started a drive within Broncos territory five times — including twice in the second half at the Denver 15-yard line or closer.

“I’ve got all the faith in the world in my quarterback, in my running backs, the offensive line, the wide receivers, and this organization,” said Risner, a second-round draft pick out of Kansas State in the spring of 2019.

“Whenever it is, there’s going to come a day where we look back on right now, (on Sunday), and we’re going to be smiling, saying, ‘Man, we’re glad we went through those hard times because now look at us.’ I’ve got all the faith in the world in this organization and my teammates.”

Faith is fine. Healthy bodies are better. For the second straight game, Risner had to rely on a new teammate on the offensive line. Calvin Anderson started at right tackle in place of Demar Dotson, who was active but held out for precautionary reasons after recent injuries to his hand and groin. The first choice to back up Dotson, tackle Jake Rodgers, was scratched with shoulder problems.

While the pocket featured the return of top right guard Graham Glasgow, who’d missed the previous two games because of COVID-19 protocols, Lock rarely looked comfortable while dropping back.

The second-year quarterback was sacked twice, once more than during that Week 9 matchup against the Falcons.

“(We’re) angry and frustrated, for sure. (Having grown) up in Broncos Country — and not only just growing up and being a big Broncos fan, but being a part of this team and working with these fellas … like I said, the word is ‘unacceptable.’ We need to win football games like this.”