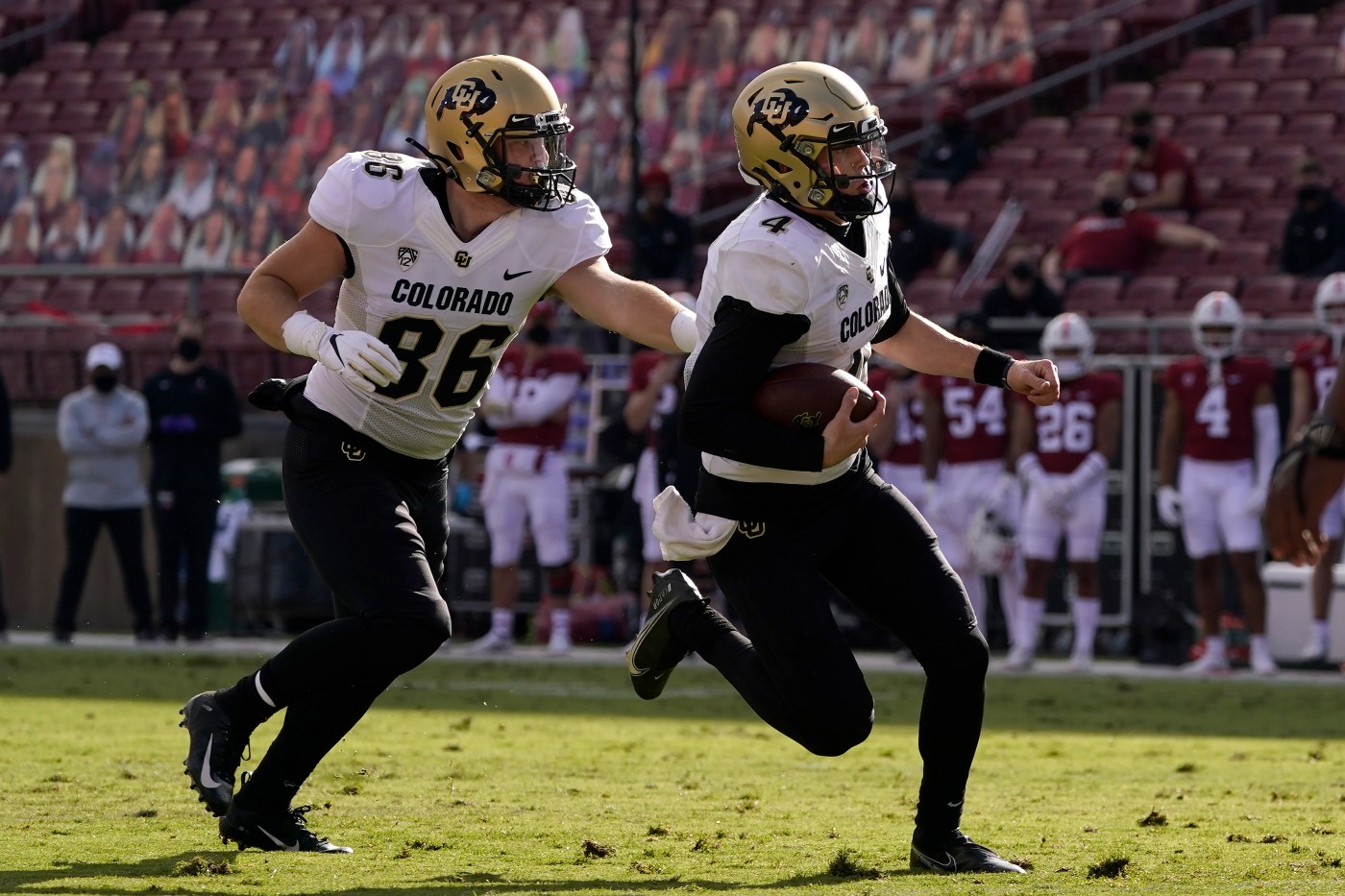 USC needed a touchdown with 25 seconds left to rally past Arizona in Tucson. Arizona State and Utah can’t shake the COVID bugs. The next stop UCLA makes on defense will be the Bruins’ first.

It’s 2020. Everything, including logic, went out the window months ago. In a bonkers year, the Pac-12 South needs a bonkers sleeper.

“And we’ve got to go back and watch the film and correct those mistakes. But we’ve got something going here. Something great going here. We’re building something special with coach (Karl) Dorrell and this team.”

How special remains to be seen. For the second straight weekend, CU started fast and had cling for dear life to preserve a lead late. Still: 2-0 is 2-0.

Also Check:  NWSL is first U.S. pro league to return to action, all players take a knee during national anthem

A defense led by linebacker Nate Landman (14 tackles, 11 solo) harassed Stanford quarterback Davis Mills all day, limited the Cardinal to 70 rushing yards and forced the hosts, down 35-16 at the start of the final quarter, to have to air it out late.

On the flip side, we haven’t seen how a Noyer-led CU attack fares when forced to play from behind. But the grad student was yet again decisive, physical and cool in helping to build a massive lead.

The dual threat of Noyer and Broussard on the ground forced Stanford to try a corner blitz with 8:55 left in the third quarter as the Buffs lined up for a second-and-5 at the Cardinal 34. That left freshman wideout Brenden Rice, son of NFL legend Jerry Rice, running wide open up the left boundary, and Noyer hit him with an easy rainbow that had CU up 27-9 before the extra point.

After giving up 42 points at home to UCLA, including 28 in the second half, in Dorell’s debut, CU’s defense racked up timely stop after timely stop over the first two quarters on the Farm. Stanford was turned away on seven of its first eight third-down tries, and two straight long drives by the Cardinal offense stalled at the CU 15 and the CU 5, respectively.

Stanford managed three touchdowns on five red-zone drives for the day, but were 0-for-2 in the first half.

The Cardinal made no secret about its plan in the early going: Pressure Noyer early and often until he made the hosts pay for it. For the Buffs’ first two drives, the gambit worked like a charm, forcing CU into a three-and-out punt, then a Hail Mary pick snared at the Stanford 10.

But Noyer continued to chip away and got his own back on the Buffs’ fourth drive, firing a quick slant to Dimitri Stanley that seemed to catch the Cardinal defense completely flat-footed. Stanley, jets burning, outran the entire Stanford defense for a 55-yard score that put the Buffs up 6-3 with 3:20 left in the first quarter.

Noyer looked even sharper on the Buffs’ next drive. With CU nursing a 7-6 cushion, the Buffs offense converted three third downs while marching 75 yards on 10 plays, capped by Noyer’s zone-read keeper for a 7-yard touchdown gallop.

“Everybody’s buying in, guys are having fun out there playing,” Noyer said. “It’s good to see that again. You know, I haven’t seen that in a couple years. And guys are really enjoying being out there on the sidelines. Obviously, we want to win, but you see it from the fourth string all the way up to the first string. And that’s a good feeling.”