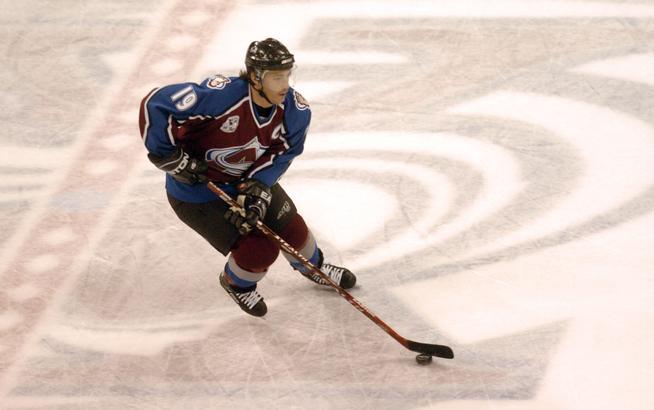 The NHL is on the comeback trail from the COVID-19 crisis.

Return-to-play Phase 2 (returning to practice facilities) is underway and the beginning of Phase 3 (training camp) is July 10. The only major decisions left to be made are picking a date for Phase 4 (24-team playoff) to begin and choosing two hub cities to host those games.

At this time, it feels like the offseason, which is normally the case in mid-June. But this year, there is no upcoming NHL draft in late June or the beginning of free agency July 1.

To that end, I’ll enter my two-week hiatus offering you some insight of what I’ve seen and heard about individual Avalanche players in my 20-some years of covering the team, including the last eight or nine as the primary or backup beat writer.

The guy with the most skill, highest character and most successful post-playing career: Joe Sakic. Just a real nice person with magnificent skill and compete level. The Avs’ current general manager and his staff have done a tremendous job building a Stanley Cup contender.

The guy with the biggest slap shot/hip-check combination: Rob Blake. The Hall of Famer played 322 games with the Avs from 2001-06 and was dangerous in all three zones.

The guy who got away: Johnny Boychuk. Began his active 725-game career with the Avs in 2007-08, playing just four NHL games before being traded to Boston for Matt Hendricks. Boychuk won the Cup with the Bruins in 2011.

The guy who didn’t last long enough: Chris Drury. Played 314 games for the Avs and reached 20 goals in all four season before being traded to Calgary in 2002. Maybe the worst trade in club history.

The most popular guy dubbed “a beauty:” Shane O’Brien. Lasted just two years (104 games 2011-13) but was perhaps the most entertaining behind-the-scenes player in club history. He was a tough player who “puts a smile on your face whenever you’re around him,” Avs forward TJ Galiardi said in 2012.

The guy with the biggest legs and most accurate shot who garnered the most respect: Ray Bourque. His tree-trunk legs spent 94 of his legendary 1,612-game NHL career in Colorado, where he would often save a penalty or icing by launching 180-feet slap shots on the opposing net.

The most talented guy whose career was cut far too short: Peter Forsberg. Two-time Stanley Cup winner with Colorado played 544 of his 708-game NHL career with the Avs while his foot/ankle problems worsened.

The guy you felt sorry for: Duncan Siemens. The defenseman was drafted 11th overall in 2011 but played just 20 NHL games and is now retired at age 26.

The most affable Russian: Semyon Varlamov. Always went out of his way to say hello and make day-to-day media feel welcome, despite what was reported about the second-best goalie in club history (2012-20).

The shy guy with the best story: Carl Soderberg. Didn’t have much to say from 2015-19 and 321 games with the Avs. But he was highly affable and accommodating. Legally blind in one eye, he’s a magnificent success story.

The hardest-working guy: Ryan O’Reilly. First guy on the ice and last guy off. Ran the steps at Pespi Center concourse after losses at home during 427-game tenure with the Avs from 2009-15.

The guy who made it uncomfortable: Greg Zanon. The long-bearded defenseman would scream at anybody who stepped on the team logo in the locker room. His 44-game, zero-goal, six-point career with Colorado in 2012-13 was an unpleasant stint.