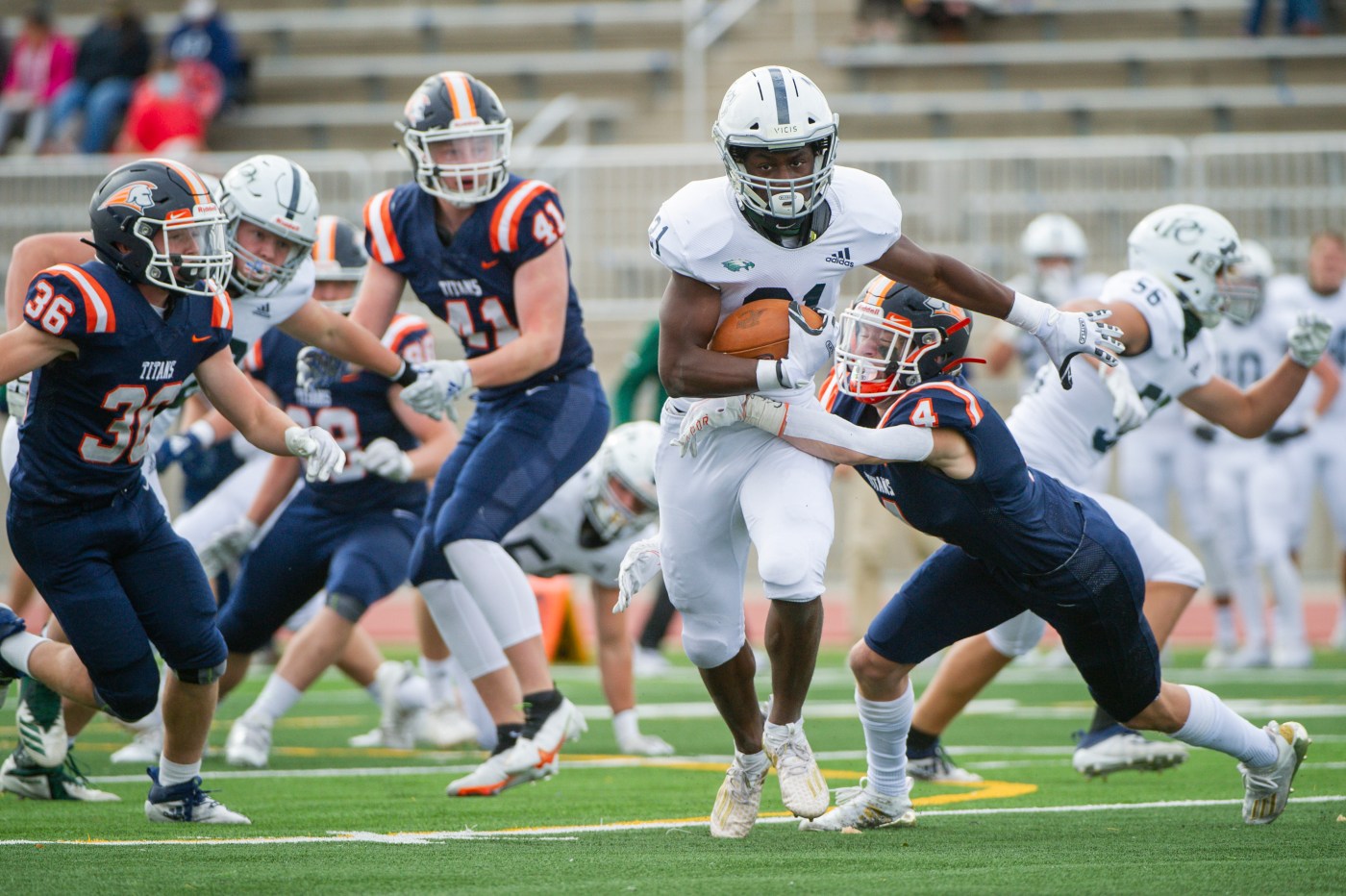 Pueblo West athletic director Zach Odell pulled the plug on prep football this week. He didn’t have a choice.

The Cyclones (3-1) have played enough games to qualify for the Class 4A postseason under CHSAA’s revised schedule amid the pandemic. But after consecutive matchups were canceled against Vista Ridge and Rampart due to positive COVID-19 tests for Pueblo West, the school is running out of time to compete.

“It’s a tough situation to be in,” Odell said. “I really do think we’re one of the top eight (teams) in 4A. It would have helped to play these last two games, but even if we did get put in that (playoff) bracket, we get off quarantine collectively as a team on that Thursday — meaning we would have one day of practice before that first Friday game.

“That’s two-and-half weeks off with one day of practice. We just couldn’t do it.”

Still, as the spread of COVID-19 rises across the state, the Colorado high school football season at large continues. CHSAA announced Wednesday that it will host state championship games for all classifications Dec 3-5 at the Neta and Eddie DeRose ThunderBowl at CSU-Pueblo — just a 20-minute drive from the campus at Pueblo West.

The championship game location, moved from Empower Field at Mile High for Class 4A/5A, was selected after Pueblo County approved a variance that allowed for games to be played with strict health and social distance policies enforced. Gov. Jared Polis has not provided CHSAA with any revised guidelines moving forward despite many counties tightening community restrictions to slow the pandemic.

A Polis spokesman told The Denver Post: “We have not provided any additional information to CHSAA since their season is about to conclude. Spectators at sporting events must follow the guidelines for outdoor events based on their county’s level on the dial. Some counties have even greater restrictions, which must be followed.”

Adam Bright, assistant CHSAA commissioner, told reporters during a Wednesday news conference that Colorado has faired better than many other states in maintaining its prep football season.

“We’ve been staying right there in that general area where less than 10 percent of our games have been impacted,” Bright said. “In talks with other associations across the country, everyone is averaging 15-to-20 percent of their games impacted weekly (by COVID-19). We’ve been below that number until this last week. I think the mitigation processes we put into place and the safety standards for our teams have made an impact.”

Bright added that the number of teams that have not found a game to play after their opponent was in quarantine “has been less than 10 throughout this entire process.” CHSAA has worked closely with programs to mix and match opponents, often at the last minute, to keep the season rolling.

That has continued as the final week of the regular season begins Thursday night, with Rampart switching out Pueblo West with Fountain-Fort Carson for a Friday night meeting after the Trojans’ original opponents was also sidelined.

The timing simply didn’t work out for Pueblo West.

Odell described the more than 120 players on the football team as heartbroken.

“They also understood it was a safety thing,” Odell said. “I can’t let these guys go almost three weeks without any physical practice, then step out and play a playoff game.”