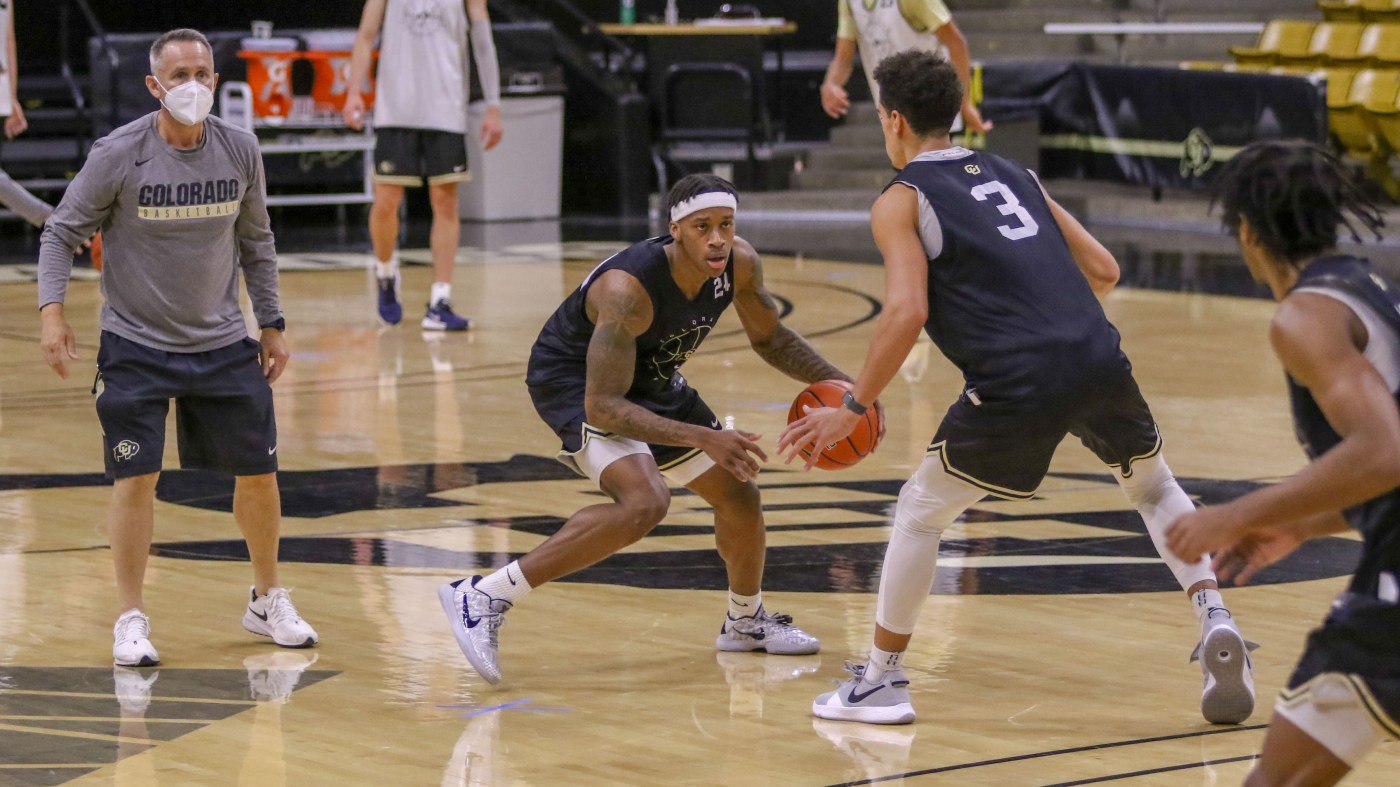 Just four days after the Pac-12 announced its weekly pairings for the 2020-21 season, leaving the Buffs on the cusp of releasing their full schedule, CU’s slate suffered a major setback Monday as South Dakota State pulled out of the Little Apple Classic in Manhattan, Kan.

The Buffs and SDSU were set to play on college basketball’s opening night on Nov. 25. However, SDSU opted to instead take Utah’s place in the season-opening Bad Boy Mowers Crossover Classic, allowing the Jackrabbits to stay closer to home in Sioux Falls, S.D. CU still is slated to face Kansas State on Nov. 27, and Drake remains committed to the Little Apple Classic as well.

Yet with 23 days remaining until opening night, the Buffs suddenly are without an opening foe.

“Everybody is self-serving. They’re trying to do what’s best for their own program,” Boyle said. “Contracts don’t mean a whole hell of a lot right now. People’s words don’t mean a lot right now, which is kind of disappointing. But that’s the way the world works. Drake is still committed. Kansas State is still committed. And we’re making phone calls, making them every day, trying to get a fourth team to step in for where (South Dakota) State bailed out. If we can’t do that, we hopefully can hold the thing together with just Drake, K-State and us. That would be our last choice. We’d like to get another team in there. The good news is, there’s still a lot of teams looking for games. Hopefully we can find one.

“We were excited about South Dakota State because they are going to be a good team. They’re going to be picked to win their league or finish very, very high in their league. We felt like that would have been a good, quality opponent. But right now, it’s about getting games. That’s priority number one. I’m still confident we’ll be able to do that. But it’s just a little wrinkle we’ve got to deal with.”

Monday’s post-practice video conference also marked Boyle’s first media session since the Pac-12 announced its weekly pairings last week, and he was less than pleased with being among one of the two sets of travel partners — the Mountain schools and the Washington schools — who are scheduled to play four consecutive road games.

In the interest of creating flexibility in case games ultimately are postponed due to the COVID-19 pandemic, the Pac-12 waived its bylaw that prevents teams from playing four consecutive road games within league play. Pac-12 deputy commissioner Jamie Zaninovich, who oversees men’s basketball, told the San Jose Mercury News that the reason the Washington schools and CU/Utah were the teams saddled with the two straight road trips was that “it just happened that way” and that the four affected coaches “were great about it.” But that very much was not the tone offered by Boyle on Monday.

CU is set to play in the Bay Area and Oregon in consecutive weeks in February. It will be the first time the Buffs have played four consecutive road games within conference play since the 1946-47 season.

“There were two schedules that were proposed to our athletic directors that they voted on with coaches’ input,” Boyle said. “The schedule that was voted down had the most flexibility for make-up games. In that schedule there were six teams that had four straight road games. In the schedule that was approved, that the athletic directors voted for, obviously flexibility was not their number one priority. I don’t know what was, you’d have to ask the athletic directors that voted for the schedule. But we have four (straight) games on the road, we’ll play four games on the road. We have 20 league games and we know 10 of them will be at home and 10 on the road. Life ain’t always fair. You just keep on playing, that’s all we can do.”