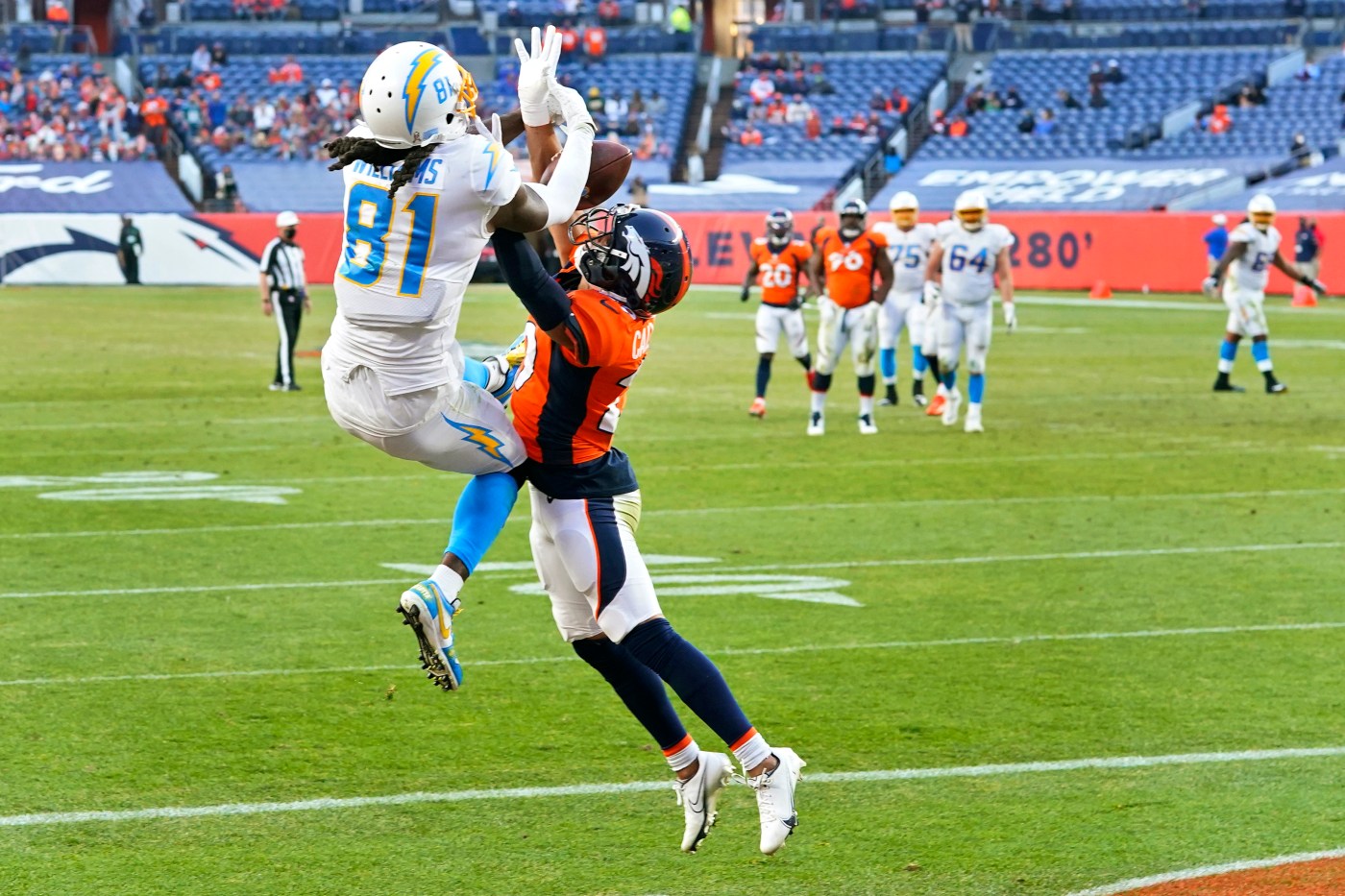 Phillip Lindsay — There can be no debate anymore. The Broncos are just better when Lindsay is on the field. The explosion, the energy, the electricity … the CU/Denver South product is the spark that ignites this Denver offense. His 55-yard touchdown run was the play that turned everything around in Sunday’s 31-30 win over the Los Angeles Chargers. Maybe this is the sort of guy you give a pay raise?

Broncos rookies — This is what Broncos GM John Elway envisioned back in the spring when he bet big on speed: first-round pick Jerry Jeudy streaking down the field, hauling in four passes for 73 yards. Fourth-rounder Albert Okwuegbunam going up to grab a nine-yard score in the back of the end zone, then drawing a pass interference flag on the game’s penultimate play. And second-rounder KJ Hamler, alone and alert, wheeling around just in time to catch the game-winner … on his behind.

Broncos secondary — Say what you will about Drew Lock’s amazing comeback, none of it happens without Denver’s defensive backs holding things together. Free safety Justin Simmons’ first-half interception handed a sputtering Broncos offense three points it desperately needed. Strong safety Kareem Jackson put a hurtin’ on anything in his area code (even his own teammates). And Bryce Callahan climbed the ladder to snatch a ball away from Mike Williams in the end zone for a huge interception that made the comeback possible.

Drew Lock — It’s pretty safe to say the second-year quarterback’s future as the franchise quarterback was in serious jeopardy after submitting a dud of a first half in Sunday’s must-win game. That Lock then responded with that incredible comeback, authoring three fourth-quarter touchdown drives, says a lot about what the Broncos have under center. The job is yours, Drew. Let’s see if you can make this season interesting.

Garret Bolles — Up until Sunday, it had been a relatively clean season for the infamously flagged left tackle. In the first half against the Chargers, however, the flags came a-flying. The first was for a completely unnecessary block in the back that doomed Denver’s second drive of the game. The second was a holding penalty that brought back a long completion for a first down.

Bradley Chubb — Granted, the Broncos outside linebacker kept his four-game sack streak alive with a biggie in the fourth quarter. Great to see, especially for a franchise cornerstone coming off a season-ending injury. But the third-year pro also had two bad personal foul flags, including one in the fourth quarter that negated a third-down stop near midfield. The Chargers ended up getting a field goal out of that possession — a score that ultimately forced the Broncos to go for the game-winning touchdown. So maybe it wasn’t all that bad after all?