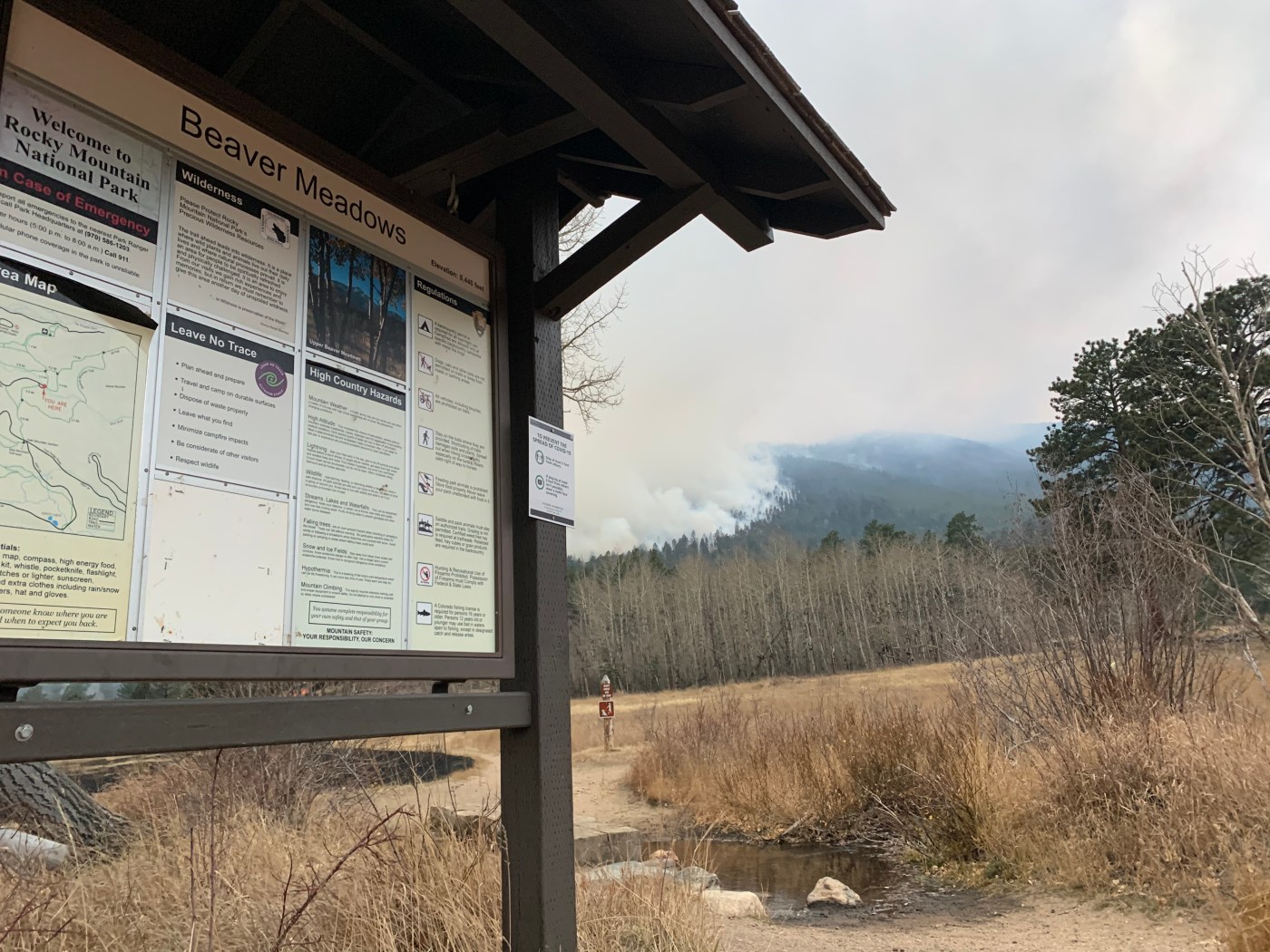 With light snow falling and temperatures forecast to remain in single digits through Monday morning, officials at Rocky Mountain National Park were anticipating “no active spread” of the East Troublesome fire in the park on Sunday.

Saturday, however, was not a good day according to park officials, who reported that the fire “intensified and continued to make a significant run” eastward from the Continental Divide toward Bear Lake Road on the east side of the park.

“The fire split into two fingers with one moving northeast along the Big Thompson River to Moraine Park and one east along Mill Creek into Hollowell Park,” according to a news release released by park officials Sunday morning. Both locations are very near the Beaver Meadows entrance station to the park.

“Structural engines from Colorado and beyond stood ready to defend structures within Rocky Mountain National Park and the Estes Park community,” the release said. “Firefighters developed and deployed offensive and defensive tactics when and where they safely could. Firefighters were in a defensive mode focusing on structure preparation and strengthening the indirect lines near the border of Rocky Mountain National Park and Estes Park. Due to these efforts and changing weather, the fire is continuing to hold west of Bear Lake Road and Trail Ridge Road.”

On the west side of the park, the fire had “minimal growth” Saturday according to the release, as  “firefighters had a productive day and made good progress on the containment effort.”

Click markers for details, use buttons to change what wildfires are shown. Map data is automatically updated by government agencies and could lag real-time events. Incident types are numbered 1-5 — a type 1 incident is a large, complex wildfire affecting people and critical infrastructure, a type 5 incident is a small wildfire with few personnel involved. Find more information about incident types at the bottom of this page.