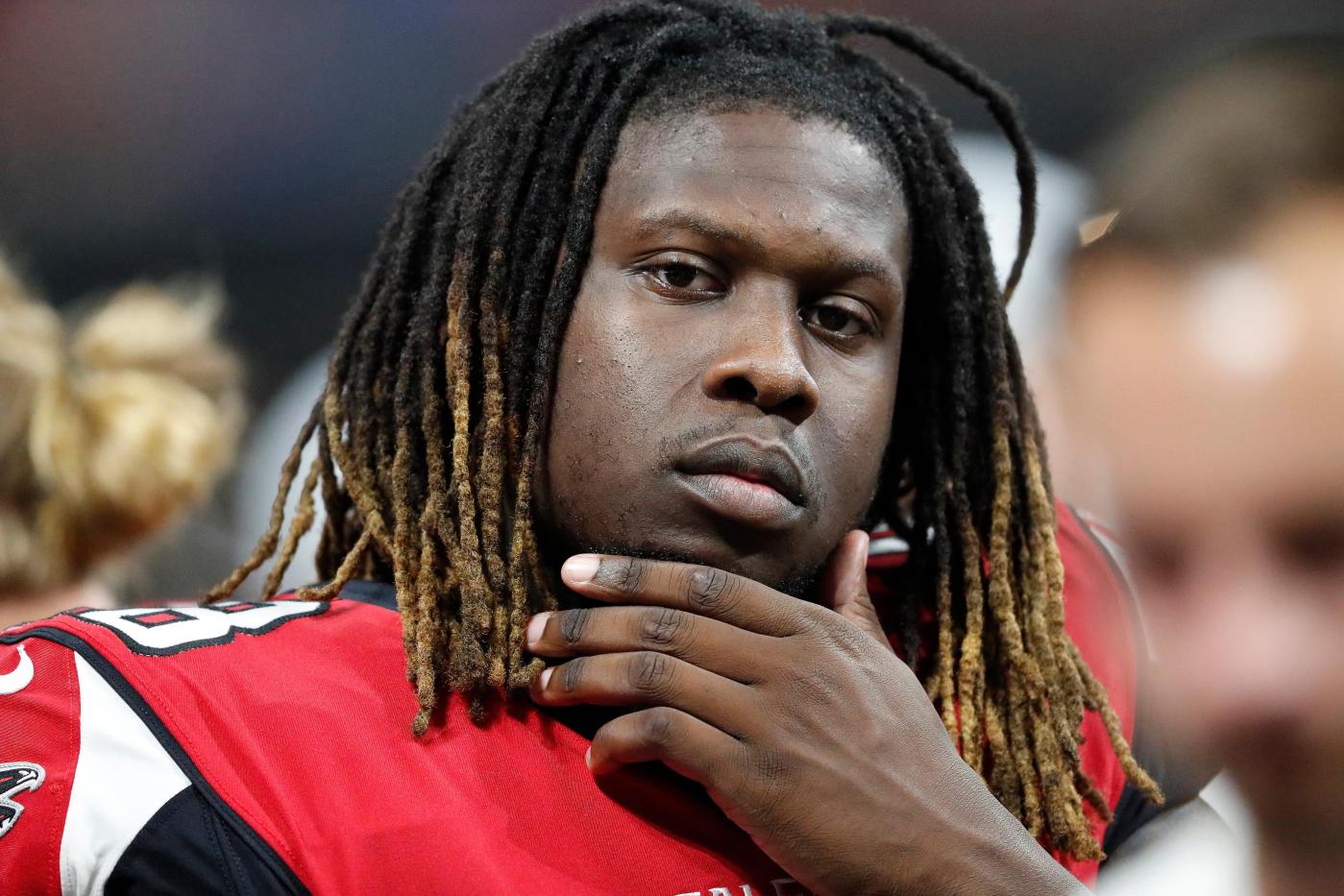 ATLANTA — Defensive end Takk McKinley may have jeopardized his future with the Atlanta Falcons by using social media to complain about not being traded.

McKinley, a first-round pick in 2017 who is in his fourth season, posted on his Twitter account on Wednesday that he requested trades last year and this year. He said the Falcons turned down an offer for a second-round pick in 2019.

Added McKinley: “The same @AtlantaFalcons turned down a 5th and 6th round draft pick from multiple teams when I requested to get traded this year. I only have 17.5 career sacks.”

The Falcons did not pick up McKinley’s fifth-year option before the season. Now there is no certainty he will complete the season in Atlanta.

On Wednesday, interim coach Raheem Morris ruled out McKinley for Sunday’s game against Denver because of a groin injury. It will be the fifth game he has missed this season, including Thursday night’s win at Carolina, after being slowed by shoulder injuries the past two years.

McKinley had a combined 13 sacks in his first two seasons, but a lack of production and frequent injuries the past two years could have contributed to his frustrations and request to be traded.

Morris said he couldn’t confirm McKinley approached the team with trade requests “because the requested trade never came to me directly.” Morris said trades are difficult to complete.

“The wrong way to go about it is definitely the way Takk is handling it now, to pout,” Morris said, adding he planned to talk with McKinley “as soon as I get an opportunity.”

Also Check:  Santa Anita racing is back on the track, with strict safety measures

Morris said he also planned to discuss the situation with team president Rich McKay, who is in charge of football operations after general manager Thomas Dimitroff and coach Dan Quinn were fired on Oct. 11 following an 0-5 start.

Morris said McKinley showed a lack of maturity in his complaint.

“I don’t know if it’s being disgruntled with being on the team,” Morris said. “I think it’s just immaturity and right now it’s an immature way to act about the organization.”

After the Falcons declined McKinley’s option for 2021, he seemed determine to prove the move was a mistake. Morris said he believed McKinley “did a great job of training and getting his body in the best possible shape to come back this year and absolutely tear it up.”

McKinley had a sack and four tackles in this season’s opening loss to Seattle. Morris said McKinley also was playing well the following week against Dallas before suffering the groin injury.

“Then he just started to have those troubles again when he had to sit out and was not able to play,” Morris said.

“Part of his issues is when he’s not playing football. When he’s playing football and playing at a high level he’s a great person to be around. When he’s in this mode right now where he doesn’t want to talk and shies away from personal interactions and contact, that’s a problem.”

Also Check:  Rapids have “everyone available” as first game of MLS tournament approaches

NOTES: WR Calvin Ridley was held out Wednesday with a left foot injury. Morris said Ridley received “some pretty exciting results” from his doctor. “We’ll see how it goes and how he can progress during the week, but it’s on the up and up,” Morris said. Ridley leads the team with 43 catches, including six for touchdowns.