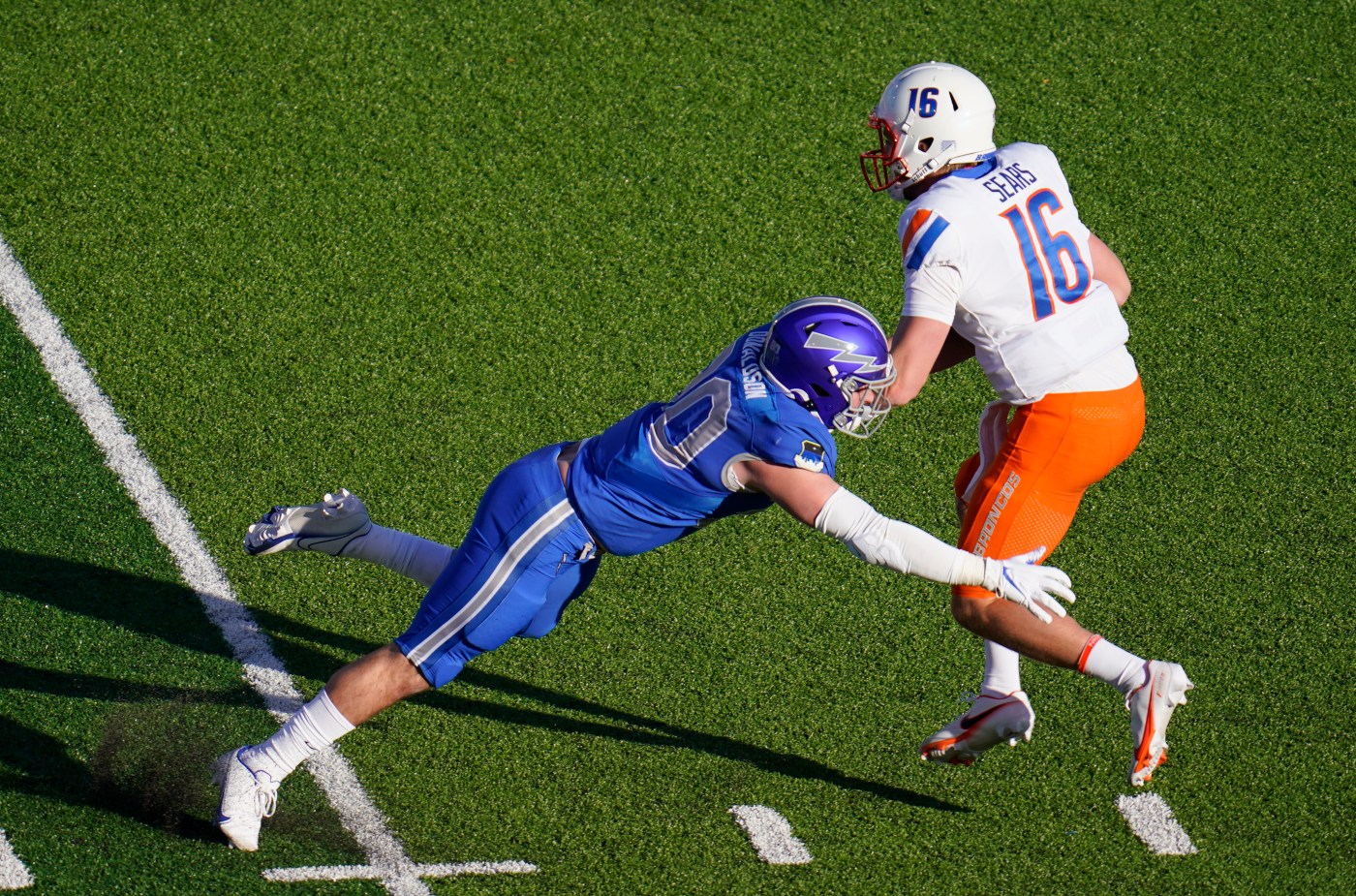 CT Thomas hauled in two of Sears’ TD passes, including a 75-yarder on the game’s first play. The Broncos have now captured 11 straight Mountain West games. It’s their longest streak since joining the league in 2011.

Boise State (2-0, 2-0 MW) was without Bachmeier after the sophomore QB didn’t make the trip for an unspecified reason. Sears, a transfer from USC, made the most of his chance by finishing 17 of 20 for 280 yards and no turnovers.

Backup tailback Andrew Van Buren scored on a pair of short runs as he stepped in for George Holani, who appeared to be banged up in the first quarter and didn’t carry the ball again.

Brandon Lewis rushed for 112 yards and a score, while fullback Matthew Murla added two scores for a dinged-up Falcons offense. They entered the game missing leading rusher Timothy Jackson and tailback Kadin Remsberg for undisclosed reasons. Air Force had quarterback Haaziq Daniels leave the game in the first quarter after being shaken up on a hit. He was replaced by Warren Bryan, who rushed for 87 yards on a day when Air Force gained 415 yards on the ground.

Boise State saw the lead trimmed to 35-24 early in the fourth quarter. The Falcons elected to kick to the electric Williams, who stepped out of a tackle and darted down the sideline. It was his sixth return for a score (four on punts, two on kickoffs).

Sears also connected with Octavius Evans on a 21-yard score just before halftime.

A handful of Broncos players didn’t make the trip, including starting safety JL Skinner. The Broncos were without one player due to the COVID-19 protocols, but the team couldn’t name the player because of privacy reasons.

Boise State: The Broncos improved to 119-21 all-time when ranked.

Air Force: The Falcons fell to 4-18 against ranked teams under coach Troy Calhoun. Their last win over a ranked squad was at home in 2016 when they beat No. 20 Boise State.

There was a smattering of cadets in the stands as the academy moved into a higher level of COVID-19 restrictions. For this game, cadet attendance was voluntary. It was a mandatory formation when Air Force beat Navy.

Boise State: A big showdown with a ranked BYU team on Friday.

Air Force: The Falcons can hoist the coveted Commander-in-Chief’s Trophy by winning at Army on Saturday. Air Force began the annual round-robin competition between the service academies with a 40-7 win over Navy on Oct. 3.