Home Something Special For Broncos’ offense, red zone has been woe zone this season 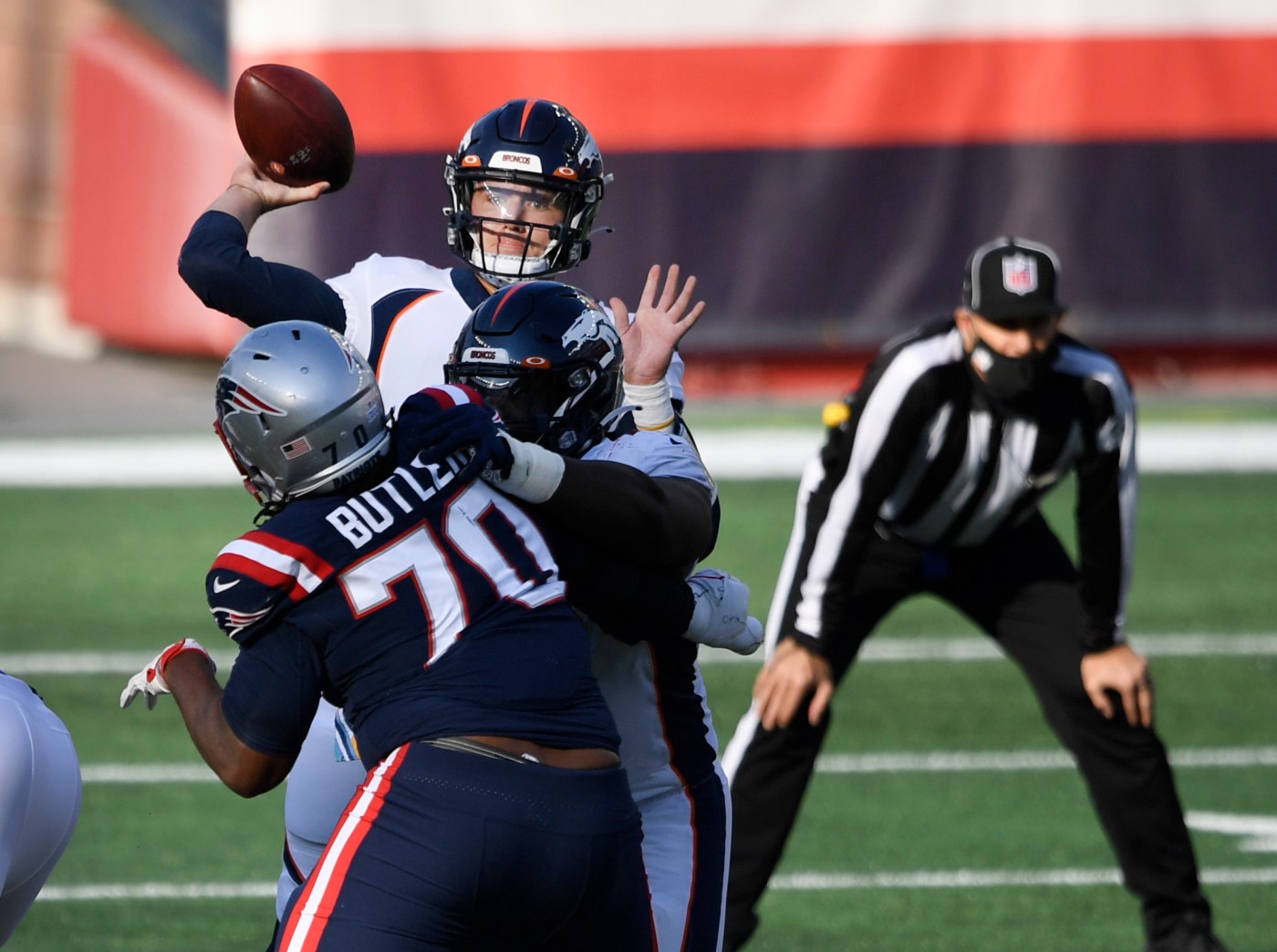 As they moved down the field against Tennessee in the season opener, the Broncos had a new play-caller, two additions to the offensive line, a second-year quarterback and multiple young skill-position players.

Catches of 16 and 31 yards by tight end Noah Fant, a nine-yard carry by running back Melvin Gordon and an 11-yard catch by running back Phillip Lindsay gave the Broncos first-and-goal from the 2.

Then the red zone became the woe zone. Four plays gained one yard, wasting the early-drive gains, and ending with zero points.

To further illustrate the red zone woes, the Broncos are:

“We haven’t found our niche down there yet, obviously,” Broncos coach Vic Fangio said.

And obviously, it needs to be discovered quickly … like by Sunday, if the Broncos hope to upset Kansas City and complete their climb back to .500 after an 0-3 start. Put kicker Brandon McManus in position to win AFC Special Teams Player of the Week for the third consecutive game and chances are the Broncos will enter November at 2-4.

The coordinators, quarterbacks and key players change, but the results stay about the same. The Broncos do enough things to move into the red zone. They have a positive play or two to inch closer to the goal line. Then they get bogged down — missed run block, dropped pass, penalty, etc. — and out runs McManus to bolster his All-Pro candidacy.

So what’s the issue? Well, everything, as these four possessions showed.

Week 1 vs. Tennessee: The plays by Fant, Gordon and Lindsay put the Broncos at the 2 in a 7-7 game.

Week 2 at Pittsburgh: Without Lock (shoulder) and receiver Courtland Sutton (ACL), the Broncos trailed 17-3, but had first-and-goal from the 4.

First down — quarterback Jeff Driskel missed open receiver Tim Patrick and was sacked in 3.71 seconds. Second down — Driskel misfired toward Fant in the end zone. Third down — under pressure, Driskel threw incomplete to Gordon at the 5-yard line.

Week 6 at New England (part 1): Leading 6-0 in the second quarter, the Broncos had first down from the 11 after tight end Albert Okwuegbunam’s 27-yard catch and run.

First down — three-yard carry by running back Royce Freeman. Second down — Okwuegbunam dropped pass in end zone. Third down — overthrown incompletion by Lock.

“That’s a catch I make 100% of the time in practice,” Okwuegbunam said. “I’m hungry for another opportunity.”

The Broncos escaped New England with an 18-12 win thanks to McManus’ six field goals.

“I don’t think we took full advantage of our opportunities (last week) and we paid the price for it.” Shurmur said.

Entering Week 7, the Broncos are 30th in red zone touchdown efficiency. Here’s where they rank in key red zone categories compared to the league leader and Sunday’s opponent (Kansas City) per Stats, Inc.:

The Broncos could cite growing pains for the red zone issues. Lock is only eight starts into his career. Fant and left guard Dalton Risner are second-year players. Okwuegbunam and receivers Jerry Jeudy and KJ Hamler are rookies. Sutton, a terrific red zone target, is out for the year. And Lindsay, an effective inside runner, missed three games.

The youth at receiver and tight end is worth noting.

“At this level, there’s more stuff (called by the defense),” Broncos receivers coach Zach Azzanni said. “The coordinators in the NFL, when you get down there, drop their ends, double cover and bracket.

“Either way, in the last game, if we make a couple more catches, we’re not even talking about the red zone struggles. As wideouts and tight ends, we have to help Drew. As far as (the red zone) being a little bit different for receivers, yeah it is, but it’s still football and we have to catch the ball and make the contested play.”

The execution is inconsistent. Twenty-one of the 39 red zone plays should be labeled as unsuccessful, be it incomplete passes, sacks or “bad” run plays.

“Everything gets squished up down there,” Fangio said. “The end line becomes the 12th defender for the defense. Things are tighter, things need to be more precise and it’s just tougher for the offense down there.”

The Broncos’ red zone running game is broken, which has impacted their third-down play-calling. Their 18 rushes have gained 39 yards, leading to an average of five yards to go on third down.

“The good red zone offenses are able to run the ball down there, too, and have a good mix of run and pass,” Fangio said.

Through five games, the Broncos have faced only one of the league’s top 10 red zone defenses (sixth-ranked New England), meaning this is a look-at-the-mirror issue and not the-opponent-is-simply-superior situation. And as Fangio said, their niche better be found.

“When you go against good teams, they don’t give you a bunch of chances,” Shurmur said. “As coaches, we’re always trying to get good looks in the 1-on-1 situations. … And then, ultimately, the full execution of it comes down to all of us.”