Home Something Special How Bitcoin’s Antifragility Makes it Almost Unstoppable 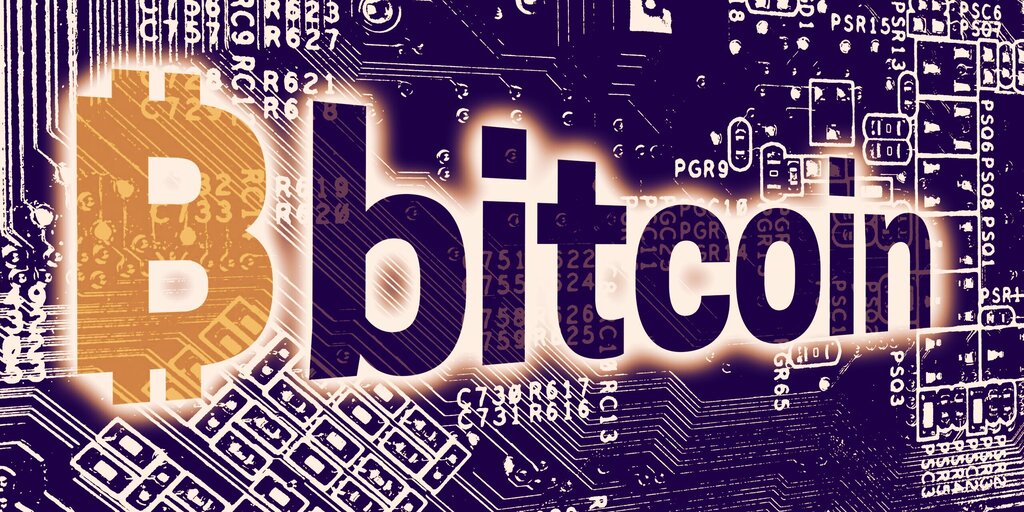 As financial constructs go, Bitcoin is relatively new. It was invented less than 12 years ago and is neither a share nor a stock, a startup nor an evolved Internet. So any prior comparisons to the peer-to-peer cryptocurrency are meaningless.

This combines with Bitcoin’s lack of central coordination and its volatility to give an impression of an asset class that’s inherently risky, unproven, and fragile—despite it having a total value, or market cap, of some $200 billion.

In fact, Bitcoin is the very antithesis of fragile. It’s proved itself time and time again; shocks and stresses have only served to make it stronger, and it’s thrived on the very volatility and decentralization for which it’s been criticized.

That makes Bitcoin more than merely robust; it makes it antifragile. Here’s why.

A definition of antifragility

The term antifragile was popularized by Nassim Nicholas Taleb, author of The Black Swan and Fooled By Randomness, in his 2012 New York Times bestseller Antifragile: Things That Gain from Disorder.

“Antifragility is beyond resilience or robustness,” wrote Taleb. “Some things benefit from shocks; they thrive and grow when exposed to volatility, randomness, disorder, and stressors and love adventure, risk, and uncertainty… The resilient resists shocks and stays the same; the antifragile gets better.”

Taleb, despite being a fan of cryptocurrency, doesn’t mention Bitcoin in his book; his views on it as a candidate for antifragility are unpublished, but it would seem to tick every box.

Bitcoin advocates, unsurprisingly, agree. “Bitcoin is, in fact, an antifragile system since it becomes more resilient after it’s attacked,” Pedro Febrero, an analyst at Quantum Economics, told Decrypt. He pointed to examples including the Bitcoin inflation bug of 2010, in which one person exploited a flaw in Bitcoin’s code to create 184 billion Bitcoin, and the SegWit2x hard fork proposal.

“After every incident, Bitcoin has grown stronger in terms of network adoption and price,” said Febrero. Because Bitcoin is an open, permissionless, and decentralized network, he added, “the likelihood it will continue to operate successfully under adversarial attacks (antifragility) is much higher than any closed system.”

So, how does Bitcoin’s open, permissionless and decentralized nature render it antifragile? Let’s take a closer look.

A common misconception is that, because Bitcoin runs on computer systems, it must be possible to shut it down. But no one computer controls Bitcoin; the open-source software runs on hundreds of thousands of computers concurrently, and there’s no single point of failure, so it’s pretty much impossible to stop.

And, as more new computers join the network, Bitcoin’s decentralization increases. This fortifies the system; increases levels of redundancy to better guarantee longevity; strengthens it against future attacks and causes it to continuously evolve. As a result, Bitcoin has proved to be immune to any kind of attack—not that people haven’t tried.

The world’s most popular cryptocurrency has withstood hacks, hard forks, and government interference aplenty. None have impacted the functioning of the network. Instead, each has bolstered Bitcoin.

“These are disordering events, chaotic events—events that cause your stomach to churn a little bit because of the uncertainty—and you would expect in a normal situation for the price of Bitcoin to go down,” said Bitcoin entrepreneur and educator, Jimmy Song in a 2017 presentation. “What we’ve seen, however, is that the price of Bitcoin goes up. Bitcoin is antifragile, it gains from disorder, it gains from chaos.”

For instance, an early hack on Bitcoin exchange Mt. Gox led users to question the wisdom of keeping their funds on exchanges. It incentivized innovation, expediting the development and popularity of secure hardware wallets so that people could be responsible for their own keys (which are needed to unlock funds.) Each subsequent hack on BitMex, Binance, and other exchanges, has reinforced the message: “Not your keys, not your coins.”

Bitcoin is a monetary system with a market consensus mechanism at its foundation, as opposed to any kind of centralized control. Instead of a central authority, its consensus rules can be verified and enforced by the participants in the network, each of whom is incentivized to act for the good of the whole.

“By eliminating trust in centralized counterparties, all network participants are able to rely upon and ultimately trust that the monetary policy is secure and that it will not be subject to arbitrary change,” wrote Parker Lewis, head of Business Development at financial services company Unchained Capital. “It may seem like a paradox but it is perfectly rational. Ultimately, a spontaneous order emerges out of disorder and strengthens as each exogenous system shock is absorbed.”

In 2017, Bitcoin’s consensus mechanism was called to account. A number of influential stakeholders—Bitcoin custody and exchange service providers and large miners—joined forces in order to change the consensus rules, to allow for larger block sizes, and to boost network transaction capacity. But they were foiled by a user-led effort. (For a detailed history, see here.)

It was a pivotal moment, demonstrating that Bitcoin was decentralized enough to prevent any one body from controlling the network without the agreement of an overwhelming majority. Confidence in Bitcoin increased as a result.

Bitcoin is impervious to competition or government interference

Bitcoin has spawned over a thousand imitators, but no competitor has yet outpaced Bitcoin, and no government has been able to shut it down.

On the contrary, the competition has been good for Bitcoin; each attempt at imitation has stress-tested the original cryptocurrency and served to underline its superiority.

Bitcoin has seen off hard forks (which resulted in Bitcoin Cash and Bitcoin SV, to name but two), Ethereum, stablecoins, and Facebook’s Libra, and still remains the number one cryptocurrency in terms of market capitalization.

Crucially, there is no leader; Bitcoin doesn’t have a CEO who can be hauled before Congress, as Mark Zuckerberg was when legislators took fright at Libra, demanding that the project be delayed over national security concerns.

Two of the world’s most populous countries have done their worst to temper Bitcoin’s attractions, yet it’s marched on regardless.

In India, the central bank tried to ban banks from servicing Bitcoin companies, in an effort to restrict the sector. But its decision was overruled by the country’s supreme court, and the country is now trading more Bitcoin than ever.

Similarly, China clamped down on Bitcoin exchanges and mining in 2017, but people continued using Bitcoin through over-the-counter trading, and exchanges and miners simply decamped to more hospitable climes. The network was further strengthened as a result.

Bitcoin biggest flaw is, in truth, its greatest strength

Volatility is often held up as Bitcoin’s biggest flaw. Since 2009, Bitcoin’s price has veered often and alarmingly from day-to-day. A standout year was 2017, when Bitcoin’s value soared from $800 to almost $20,000, before dropping back to around $13,000.

But rather than a bug, enthusiasts argue that volatility should really be viewed as a feature that tempers investors’ enthusiasm, aids price discovery, and builds the immunity of the system. Bitcoin’s volatility often also moves in the same direction as the price; when the price comes down, so—usually—does the volatility.

In addition, a maturing Bitcoin derivatives market has tempered the crypto-asset’s volatility—as has been the case with more traditional assets in the past, as it adds liquidity and hedging opportunities.

Devoid of circuit breakers and other interference, Bitcoin would falter without volatility to hold the market in check. Its continued survival increases confidence in the network, as weaker hands are shaken out, and new investors prove willing to jump in at the right price.

Bitcoin is antifragile because it doesn’t care

Bitcoin benefited from an early use-case when it was adopted by the Silk Road website as an effective way to pay for drugs. This wasn’t part of any design. Nevertheless, it boosted early adoption and awareness.

Throughout the last decade, the network has been bolstered by the contributions of myriad (often anonymous) individuals—from users and investors to developers, cryptographers, and entrepreneurs—who’ve sometimes paid with their liberty or their lives to participate in the ecosystem.

In a continuous, self-reinforcing feedback loop, the efforts and errors of Bitcoin’s developer community, its users—and even those external forces that have attempted to co-opt the network—have resulted in a demonstrably more reliable system. That’s led, in turn, to increased adoption, which has made Bitcoin more resistant to both future attacks and individual error.

Even errors are a positive force. As the network has grown, each potential point of failure has become less vital to Bitcoin’s functioning as a whole. While that means weak points and individuals have been sacrificed for the good of the system, no decision making has been involved in the process.

And each time Bitcoin has been pronounced dead, it’s come back—in a stronger state than before.

Constant exposure to the “volatility, randomness, disorder, and stressors” that Taleb references has made Bitcoin antifragile. This disruptive, Darwinian technology has simply adapted, evolved and grown stronger with each new shock to its system. That’s beyond resilience, which implies that something stays the same. Bitcoin just gets better.