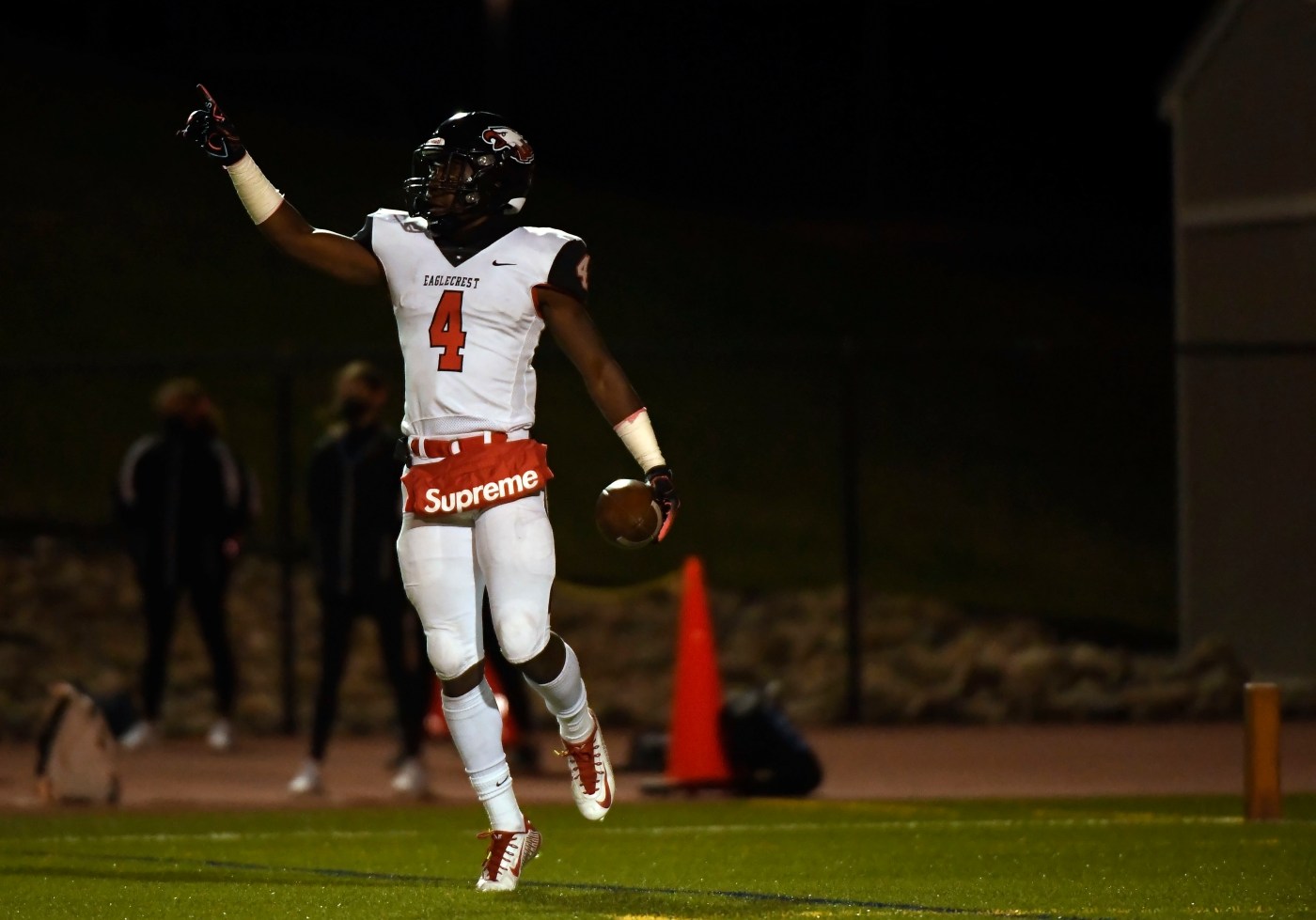 2. Valor Christian (5-0) did not play. The Eagles’ scheduled game against Highlands Ranch was canceled due to COVID-19 concerns. Next week: TBD

3. Pomona (6-0) beat No. 5 Columbine, 14-11. Jack Pospisil scored on a 77-yard touchdown run in the first quarter, Dominick Nichols returned a punt for a score, and the Panthers defense kept Columbine out of the end zone until late in the fourth quarter to claim the Jeffco League title. Next week: TBD

5. Columbine (4-1) lost to No. 3 Pomona, 14-11. Brock Zanetell scored the Rebels’ lone touchdown in the fourth quarter as Columbine was held to its lowest point total of the season. Next week: TBD

7. Fairview (6-0) beat Castle View, 49-36. The Sabercats (3-2) took a 36-35 lead early in the fourth quarter only to see Fairview score two unanswered touchdowns to escape with the win. Next week: TBD

9. Cherokee Trail (4-2) beat Overland, 34-0. The Cougars won their fourth in a row after starting the season with back-to-back losses to No. 4 Eaglecrest and No. 1 Cherry Creek, and now must wait until Sunday to learn their playoff fate. Next week: TBD

10. Ralston Valley (4-2) beat Arvada West, 35-7. The Mustangs, whose only two losses this fall came to No. 2 Valor Christian and No. 3 Pomona, closed out the regular season with a dominant defensive performance that still might not be enough to get them in the eight-team playoff. Next week: TBD

2. Palmer Ridge (4-0) did not play this week. The Bears’ scheduled game against Ponderosa was canceled due to COVID-19 concerns. Next week: TBD

4. Broomfield (5-0) did not play. The Eagles missed out on another opportunity to bolster their playoff resume after their scheduled opponent, Erie, was placed in quarantine following an exposure from Week 5. Next week: TBD

5. Loveland (6-0) beat No. 6 Skyline, 27-26 (OT). After stopping a Falcons’ two-point try in the opening possession of overtime, Joe Killian ran in a touchdown and Tyson Williams followed with the game-winning extra point to survive Thursday night’s thriller. Next week: TBD

8. Fountain-Fort Carson (5-1) beat Rampart, 33-17. Sophomore QB Tavian Tuli threw a pair of touchdown passes and snuck in another, while Tai Faavae added two rushing TDs, including one from 50-plus yards, as the Trojans avenged a loss from just seven days earlier to the Rams. Next week: TBD

9. Windsor (4-2) lost to Brighton, 14-12. A week after falling in overtime to Broomfield, the Wizards were dealt their second straight heartbreaking defeat after a fourth-quarter touchdown put Brighton (5-1) over the top and into the 4A playoff mix. Next week: TBD

10. Montrose (4-2) beat Grand Junction Central, 55-12. After back-to-back losses to No. 2 Palmer Ridge and No. 3 Ponderosa, the Indians rebounded with their highest scoring effort of the season. Next week: TBD