Mel Tucker is the luckiest man of 2020. But CU Buffs fans are going to have to learn to let him go. 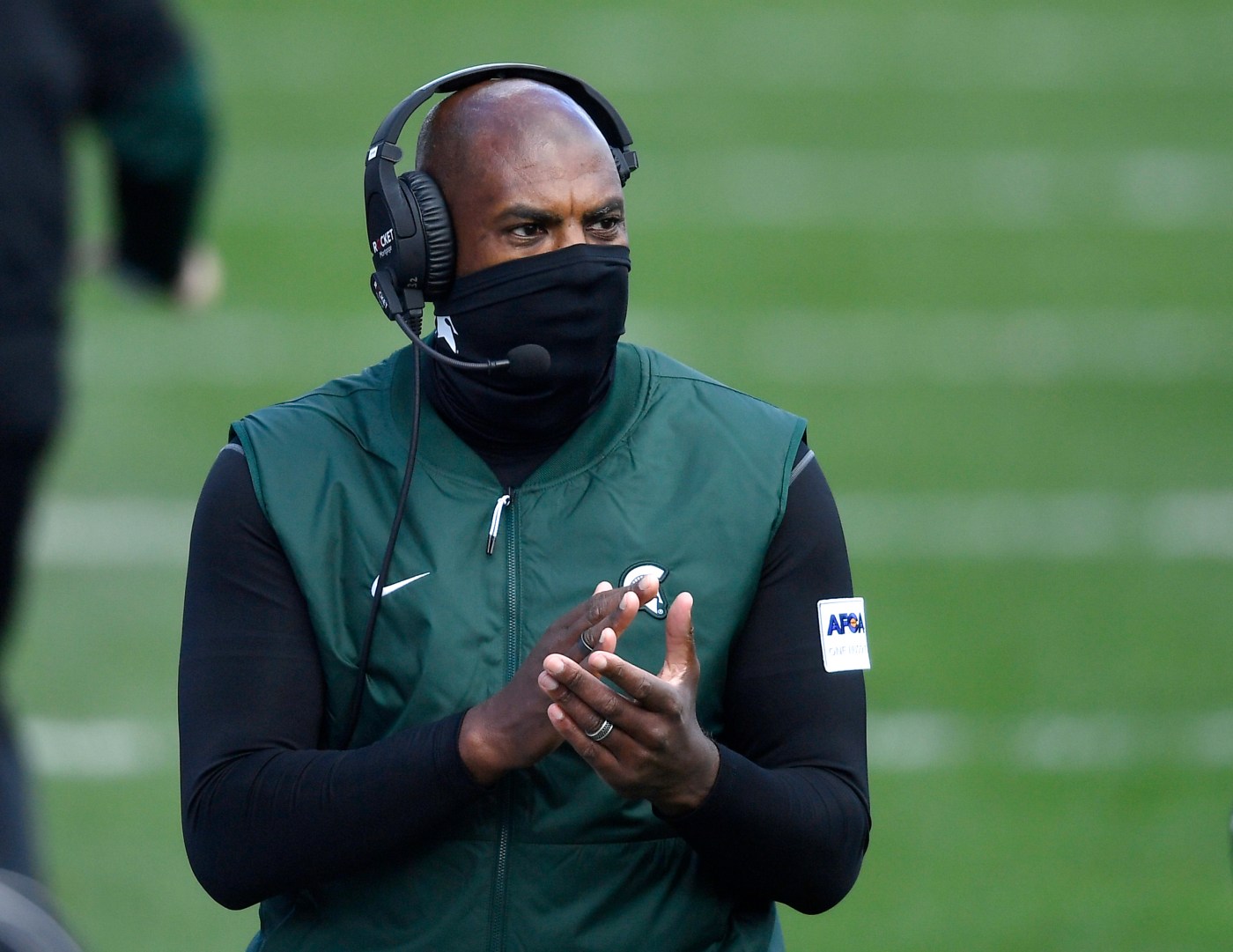 “The worst thing that could happen,” Don Bechter, a CU alum and Buffs booster offered Saturday, “is that at Michigan State, Mel does a really good job there, and CU continues to struggle.

“Then it’ll be harder for people to let go. That’s why I’m hoping for that karma scenario … that he does become just a blip in (Buffs) history. That when people look at CU’s results down the road, they’ll be looking at the Bill McCartney Era, the Karl Dorrell Era, and they’re like, ‘Who is this Tucker guy?’ And they just move on.”

Hard for Buffs fans to move on after that one.

We’ve seen this movie before, haven’t we? Midnight Mel, riding into a new town and immediately slaying the biggest dragon on the dance card.

A year ago, Big Red.

Word of advice for Jim Harbaugh: Beat Ohio State. Or else.

Word of advice for Spartans fans: Once shuttle service resumes off of Cloud 9, be careful not to get too attached.

Word of advice for Buffs faithful: Let him go.

It’s hard, we know. It sure as heck ain’t fair. The only more tired cliché for a new hire than “Golly, he/she sure won his/her first news conference” is the valedictory “Gosh, he/she sure left this place better than he/she found it.”

Sure, he left the spoils of two recruiting cycles, one transitional and one estimable. He left you with some killer selfies after that Cornhuskers catharsis at Folsom Field. He left Ralphie V a winner. Sort of.

He also left his CU players, coaches, staff, peers, bosses, and fans in the mother of all lurches. He jumped from the cab car of a moving train, forcing Karl Dorrell to parachute in, Tom Cruise style, in order to grab the controls.

Tucker got the national wonks cackling at the Front Range’s expense, labeling the Buffs as a stepping-stone program — Memphis with mountains — and the Pac-12 as a Mickey Mouse league.

Even if only the latter has a shred of truth, it left a scar.

“I definitely, at least temporarily, will be a fan of anyone playing Michigan State,” Bechter cracked. “I wouldn’t quite put (the Spartans) up on par with Nebraska. But I think they’re up there for me, for at least a year.”

On par with the Huskers?

“You know, if they played, that would be the one game where I would even root for Nebraska,” Harrington cracked. “I mean, think about it. Wouldn’t that be perfect if Nebraska went and beat Michigan State? It would be poetic justice.”

Come on, karma. You owe us.

Before COVID-19 and Pick-Your-Wildfire, Tucker was Colorado’s No. 1 heel for 2020. Life intervened, and we’ve got bigger problems everywhere now. But Buffs boosters haven’t forgotten the cat who set the tone for a year they’ll always remember. For all the wrong reasons.

It’s gotten so strange over the last seven months that Bechter and Harrington can almost laugh about the night of Feb. 11. The evening Tucker kissed babies and shook hands with CU boosters at the Denver Country Club, only to bail on the Buffs job to fly to Michigan State a scant few hours later.

“Oh my gosh,” Becher sighed. “That seems like two years ago, at least.”

The Last Supper, as Harrington jokingly called it, cost the CU alums roughly $1,700. Harrington figured Mel could afford to pick up the tab after the Spartans doubled his salary, so he sent him the bill. Then, over the last 30 weeks, he sent it four more times. To work and personal emails.

“Probably once every month and a half,” he said.

“I’m hoping he sees them,” Harrington continued. “He has to be laughing about it.”

“Karma has an interesting way of treating you,” Harrington stressed. “If you treat people correctly, then you get treated correctly. If he doesn’t do well, he’ll get what he’s due.”