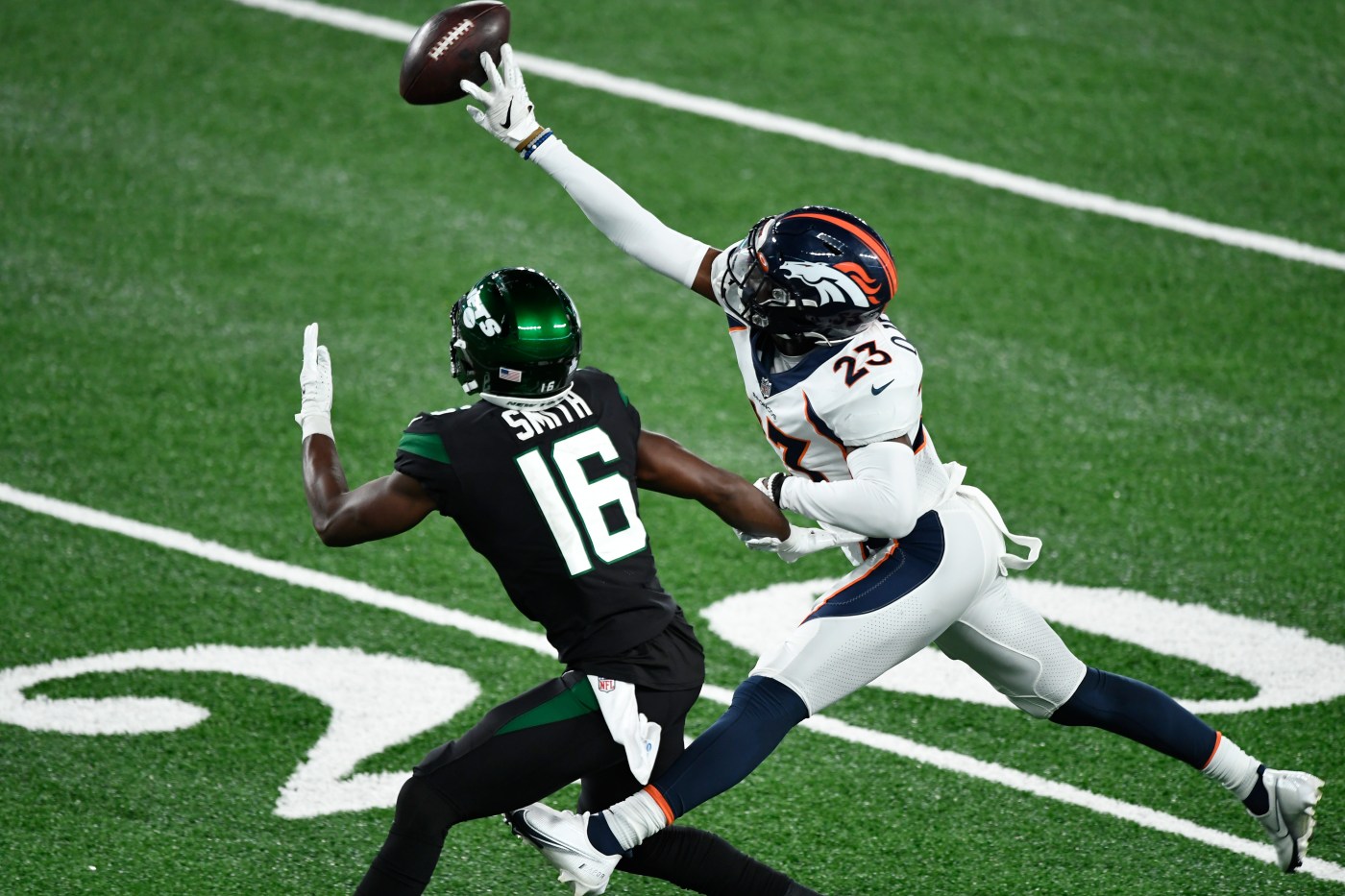 Broncos rookie cornerback Michael Ojemudia is six weeks into a challenging lab project that features something new in every game, every practice and every film session.

“I have to adjust and make sure I don’t make the same mistakes,” he said in a phone interview with The Denver Post after practice Thursday.

Ojemudia’s season of adjustments continues Sunday against the Los Angeles Chargers when he will likely see time against receivers Keenan Allen and Mike Williams. The six-game verdict on how Ojemudia is playing includes plays that suggest the Broncos were wise to draft him in the third round last spring and plays that suggest he has a long way to go.

“I’ve been pretty impressed, but at the same time, it’s not a shock or surprise,” said safety Kareem Jackson, a 10-year veteran. “He showed a lot of ability in camp so we kind of expected him to come in and play well.”

Ojemudia has needed to play well out of necessity.

The No. 3 cornerback when the Broncos opened the season against Tennessee, Ojemudia was thrust into every-down duty when A.J. Bouye sustained a shoulder injury. Bouye returned against Kansas City last Sunday, meaning Ojemudia is exclusively a sub-package player.

“It was definitely great to get thrown into the fire early because it got my nerves out and I got comfortable with every game so things started to slow down and I was able to see things better,” Ojemudia said.

According to Post’s game charting, Ojemudia has been targeted in man coverage 36 times and has allowing 21 completions (two touchdowns) for 301 yards. Ojemudia committed a 16-yard pass interference penalty against the Titans and was beat for two touchdowns at Pittsburgh.

In the past four games, Ojemudia has allowed 11 completions, but for only 144 yards, which suggests he’s keeping the receiver in front of him and improving.

“I would say I’m on a good track,” he said. “My mental side, even getting beat, I try to have a short memory. And my technique is definitely progressing.”

From the mental side, Ojemudia said the Broncos’ scheme isn’t as taxing as the one he played at Iowa. “Our defense here is, ‘Just focus on your man and get your job done,’” he said.

Ojemudia examines every play — good and bad — for intel on what went right or wrong. He just banks the knowledge and moves on.

“You have to stick with your man, especially against a guy like Mahomes,” said Ojemudia, who was in off coverage at the snap and didn’t close the gap by the time Hardman turned across the field.

Said Jackson: “He has all the tools. It’s just a matter of him paying attention to the little details and being consistent in what he does on a daily basis.”

Jackson, due to his cornerback experience, is regularly answering questions and offering advice to Ojemudia. The same with Bouye and Callahan.

“They definitely have a lot of wisdom,” Ojemudia said. “They’re all helpful and nobody has an ego in that room. They’re always willing to give a lending hand.”

It will take everybody’s wisdom to contain Allen, who has 44 catches for 481 yards and two touchdowns. The key point to Ojemudia each week is to trust what he sees on video and his overall fundamentals.

“We tell him every week he’s got to work really hard and it’s a new task this week — (the Chargers) have a heck of a receiver group,” defensive coordinator Ed Donatell said. “To say where he’s improved, he’s just fitting in with the flow of the defense and being able to operate.”