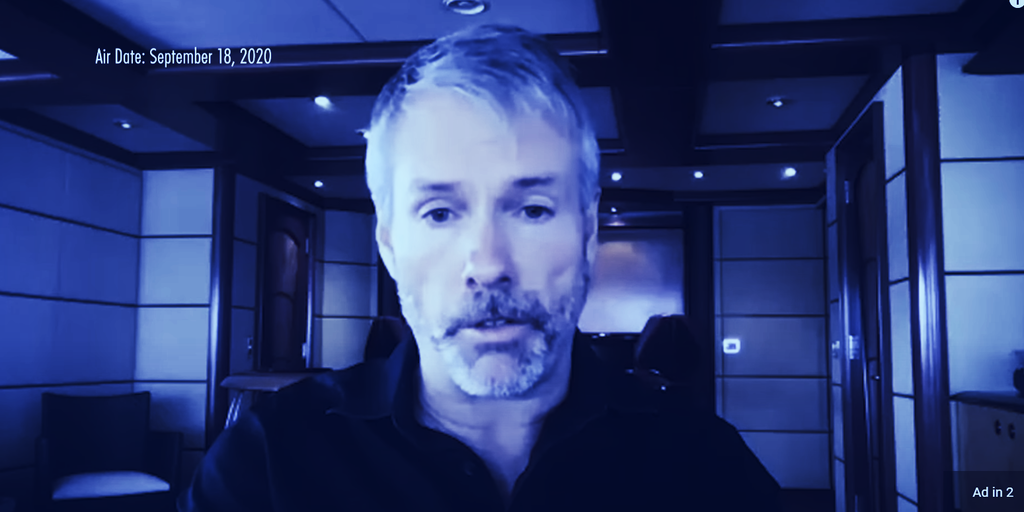 In a webinar today, MicroStrategy CEO Michael Saylor told Kraken’s Dan Held that Bitcoin is a $250 billion “solution to $250 trillion worth of a problem.”

MicroStrategy is a business analytics firm that bought 38,250 Bitcoin in August and September. It holds more Bitcoin than all other publicly traded companies combined.

In explaining the reason behind the company’s $425 million purchases (now worth closer to $520 million), Saylor pointed to what he said is a $250 trillion market for alternative assets.

According to Saylor, “99.9% of all the assets in the world are in ‘alt’ assets—$250 trillion in bonds, stock, real estate, precious metals, derivatives,” whereas there’s just a $250 billion market cap for Bitcoin.

Alternative assets are typically defined as things that aren’t stocks, bonds, or certificates, so Saylor might essentially be reclassifying the asset categories here: Anything that isn’t Bitcoin is an “alt asset.”

Decrypt was unable to tally up the total value of all the world’s assets (the price of a CryptoKitty is too subjective). However, using Saylor’s criteria, those assets are likely worth closer to $500 trillion, with the global real estate market alone estimated to be worth $280.6 trillion.

Regardless of the number, his point is a larger one. “In an environment where you’re expanding the monetary supply, you’re sucking the energy out of a unit of currency,” Saylor said, seemingly referring to the Federal Reserve’s policy of increasing the monetary supply and exceeding its earlier 2% inflation target, “all the equities, all the bonds have to be valued at…a discount rate.”

And that’s the $250 trillion problem in Saylor’s eyes: All of those assets become worth less in real terms as the buying power of a unit of currency declines.

The solution, to Saylor, is Bitcoin, which is designed to have a fixed supply and be non-inflationary.

“99.9% of the people don’t understand the solution,” Saylor said, but with a $250 billion market cap we’re a bit past the point where government regulators, hackers, or others could have snuffed it out.

Said Saylor, “We have a forest fire.” And MicroStrategy is fanning the flames.