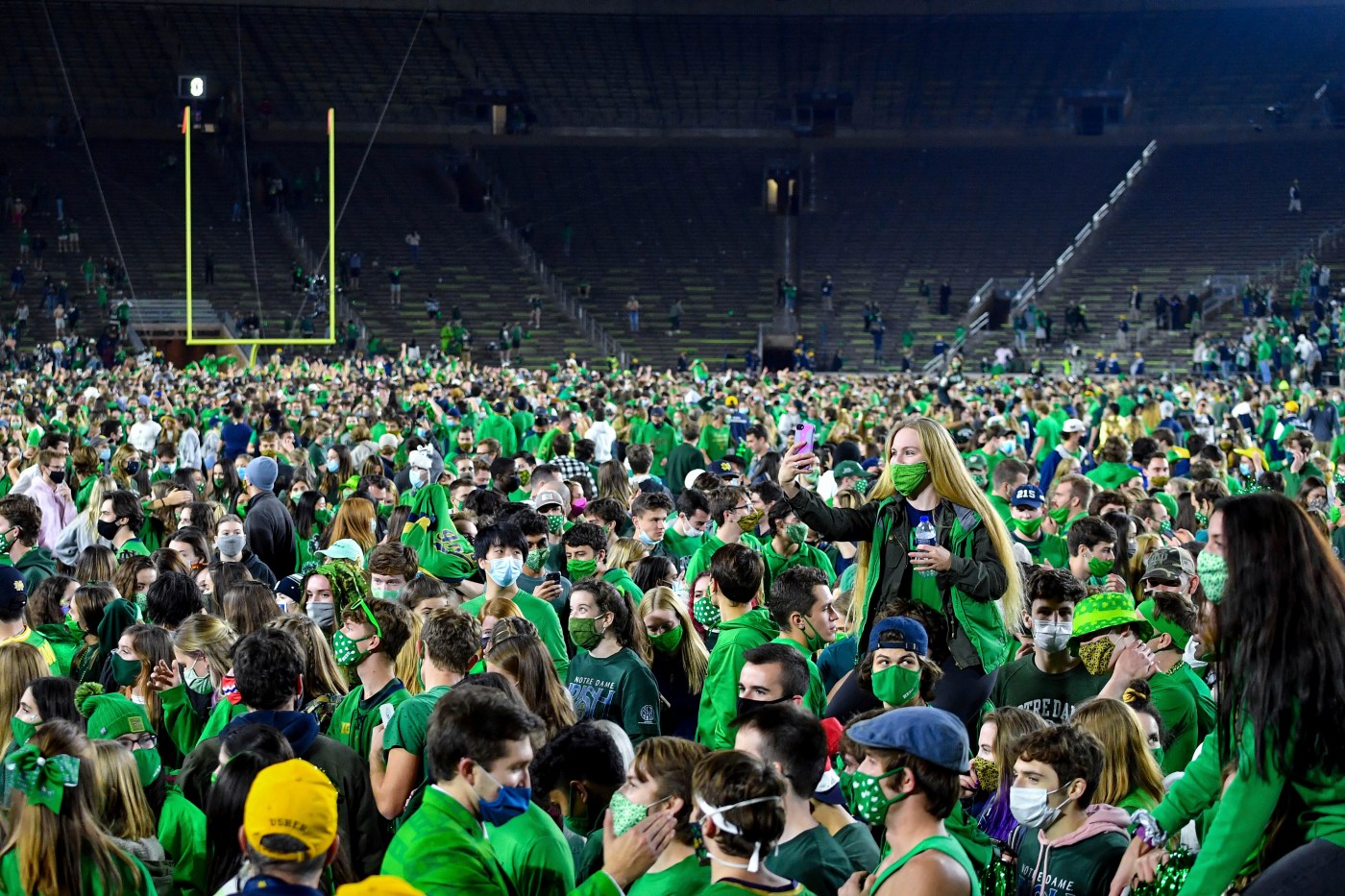 SOUTH BEND, Ind. — Kyren Williams had a 3-yard touchdown run in the second overtime and No. 4 Notre Dame shut down top-ranked Clemson with a couple of sacks to seal a 47-40 victory Saturday night, the Fighting Irish’s first victory over a No. 1 in 27 years.

Clemson (7-1, 6-1) had won 36 straight games and had not lost to an Atlantic Coast Conference team since 2017. The Fighting Irish (7-0, 6-0), playing in the ACC only because of the pandemic, snapped both streaks and sparked fans to storm the field in a celebration that most definitely did not meet the CDC’s social-distancing guidelines.

After Williams gave Norte Dame the lead on the first possession of the second OT, the Irish pushed Clemson back with back-to-back sacks on DJ Uaigalelei by Adetokumbo Ogundeji and Daelin Hayes on the first two plays.

The big freshman quarterback completed to passes after the second-and-39, but the final one was way short of the line to gain and a couple of laterals didn’t help.

The Fighting Irish have won 13 straight games, snapped an 11-game losing streak against top-five teams and beat a No. 1 for the first time since taking down Florida State in 1993 at Notre Dame Stadium.

Uiagalelei, starting in place for Trevor Lawrence for a second straight week, passed for 439 yards, the most ever by an Notre Dame opponent. Lawrence was on the sideline for this one, a few days out of isolation after having COVID-19.

The biggest game at Notre Dame Stadium since No. 1 Southern California beat the Irish with the Push Bush in 2005 had only 11,011 in attendance, mostly students, because of pandemic restrictions.

When it was over, they poured onto the field to celebrate with their team. Notre Dame coach Brian Kelly retreated to the tunnel to avoid the crowd.

“I want to be able to coach next week,” Kelly told NBC.

The Fighting Irish needed a two-week break earlier this season because of a COVID-19 outbreak, but it didn’t keep them from entering this showdown with Clemson unbeaten

They might just see each other again in the ACC championship game in December.