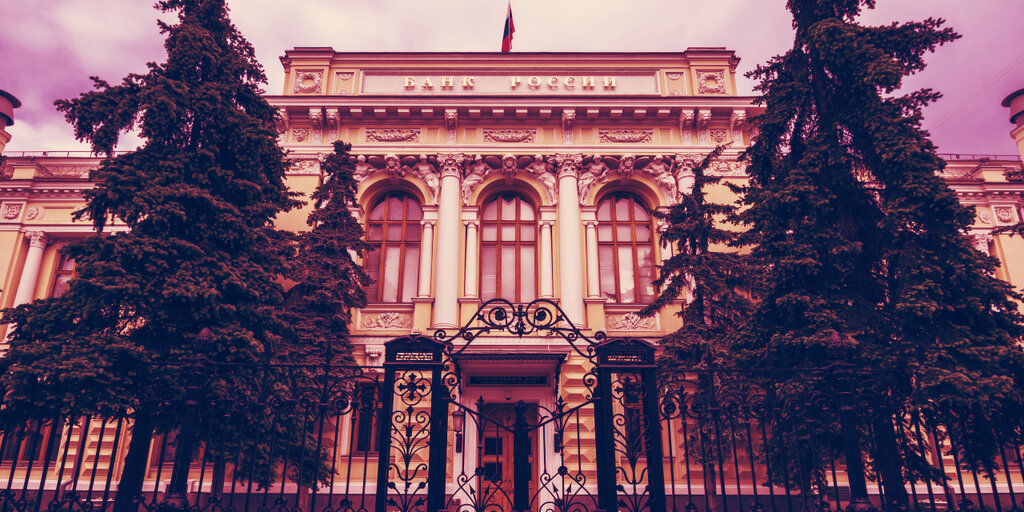 The Bank of Russia has been exploring the possibility of developing its own digital currency for some time, and today, the central bank offered up more signs of continued interest.

In a press release, the bank wrote that its Central Bank Governors’ Club, which includes representatives from banks across the Black Sea region, the Balkans, and Central Asia, met virtually to discuss the coronavirus pandemic’s effects on the global economy, as well as what it described as renewed interest from regulating bodies in digital currency.

Says the press release: “While arranging the emission of a digital currency, a central bank should, first of all, assess the impact it will have on monetary policy and financial stability, then develop a procedure to avoid and mitigate cyber risks.” The somewhat opaque release also claims that representatives from the IMF and the World Economic Forum attended the meeting, though neither organization was immediately available for comment.

The release goes on to reference renewed regulator interest in CBDCs, or central bank digital currencies, which it attributes to the pandemic’s boosting growth in crypto and e-commerce. CBDCs are distinct from cryptocurrencies in that they’re not decentralized, since they are, after all, issued and controlled by central banks.

Back in January, the Bank for International Settlements reported that 80% of the world’s central banks were either already developing, or actively researching, their own digital currencies. At the time, only 10% had actually developed pilot projects. But that’s since changed.

Last month, the head of the Russian Central Bank said that its CBDC, a sort of digital ruble, could be available as soon as next year.

Russia has been particularly skeptical about proper cryptocurrencies such as Bitcoin in recent years—the government, as of this past summer, now recognizes them, legally, but has said traders aren’t allowed to actually buy and sell anything with them.

These restrictions could theoretically drive Russian citizens toward the eventual state-operated CBDC, and away from the sorts of digital currencies that the government can’t oversee.

Also Check:  Will Bitcoin benefit from new US stimulus check?