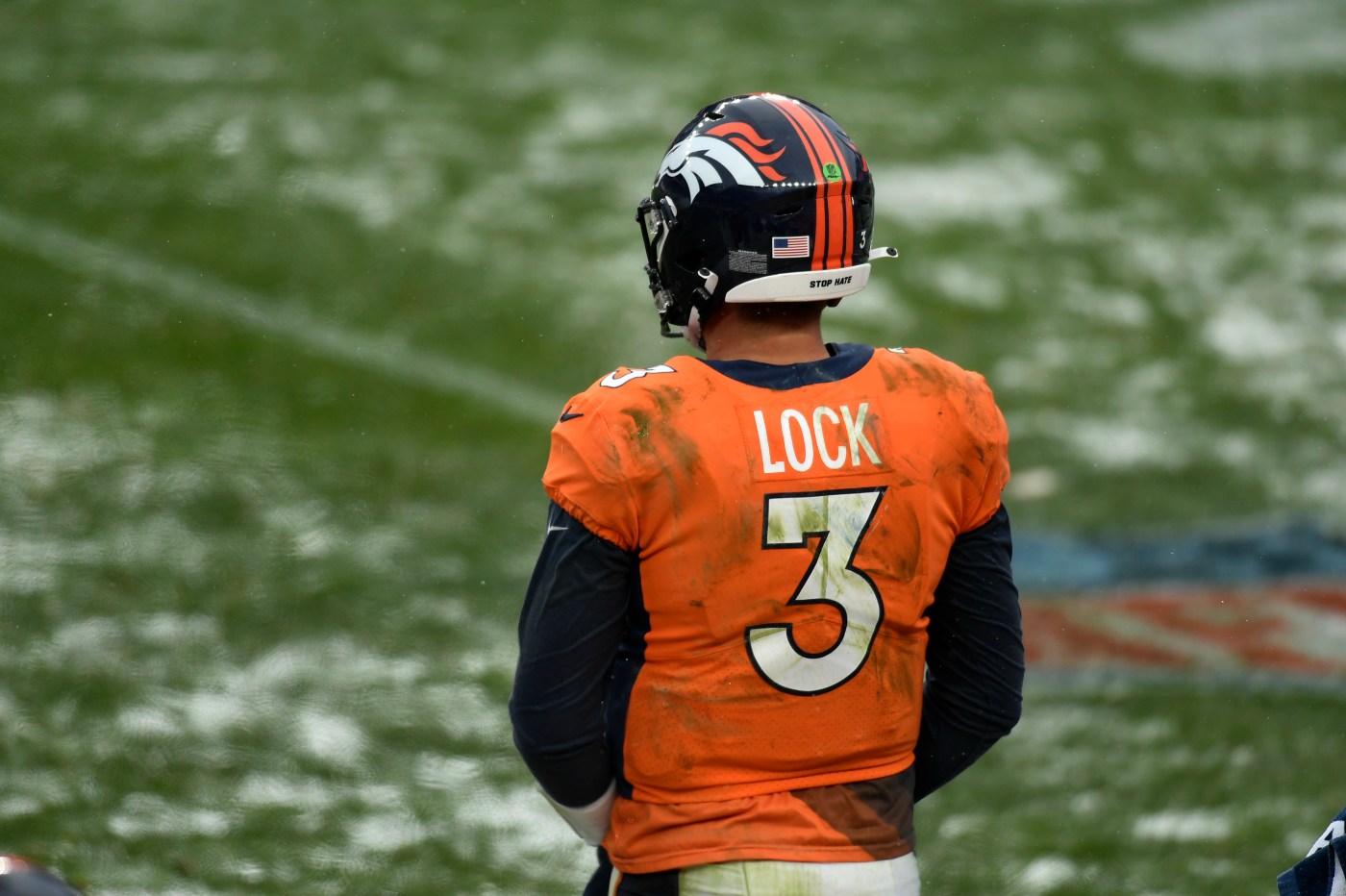 The NFL is in the midst of another offensive revolution.

Teams have combined for 5,329 points and 588 offensive touchdowns — the most in league history through seven weeks. Quarterbacks have a collective passer rating of 94.5 and completion percentage of 68.5, also records. Seven teams are averaging at least 30 points per game, the most in 50 years. And punts are down 20% compared to last year (911 to 733).

And then there are the Broncos.

The mistake-prone Broncos — tied for second in turnovers (14).

Lock is where it all starts. If he gets well, the offense has a chance to define itself in a new light, beginning Sunday against the Los Angeles Chargers. If he stays the same, the 2-4 Broncos will slide into sole possession of the AFC West basement by game’s end.

But the conundrum facing coach Vic Fangio and offensive coordinator Pat Shurmur is also clear: The Broncos are leaning on an army of NFL youngsters. Thing is, this league doesn’t provide the luxury of having growing pains.

“I looked out on the field (last week) and there were five guys that a year ago were playing college football,” said Shurmur, referring to center Lloyd Cushenberry, tight end Albert Okwuegbunam and receivers Jerry Jeudy, KJ Hamler and Tyrie Cleveland. “It’s a young team and they have to grow quickly because we have to put a plan together and execute in a way to win games each week.”

So what should the plan look like after a combined two offensive touchdowns in the last two games? Here are some suggestions:

Lock’s completion percentage is 55.9% — lowest of the 32 quarterbacks with at least 100 pass attempts this year.

By calling some shorter passes, Shurmur will get Lock in a rhythm and create open-space plays for his running backs.

The Broncos’ screen game has been non-existent, period. In training camp, the defense regularly snuffed out screen passes, but that part of the scheme should be revisited.

“Screens are always a good weapon for the offense,” Fangio said. “Ours hasn’t been really successful yet the few times we’ve done it, and like anything else when it hasn’t worked, you’re a little reluctant to call it. It’s definitely something that we’ve looked at each and every week.”

In Week 1, Lock was 8-of-8 on pass attempts that didn’t travel across the line of scrimmage, but for only 24 yards (three completions lost yardage). Last week, Lock completed six passes that didn’t cross the line and only one gained more than five yards (11 yards by Melvin Gordon, who fumbled on the play).

A veteran offensive assistant was asked how the Broncos should get Lock on track against the Chargers.

“Easy completions and quick game to tight ends and running backs,” the assistant coach said. “That will slow the rush. Screens are good if down and distance dictate it. Allow those things to set up the play-action shots.”

One of Lock’s most telling comments during his Wednesday video conference was saying he has to “trust” his offensive line more.

Lock must trust his offensive tackles to contain the edges and must train/trust himself to stay in the pocket instead of throwing on the run, which needlessly increases the degree of difficulty.

“My whole life, I’ve just kind of been a run-around, go-make-plays (quarterback),” he said. “The Chiefs played big zones against us and forced me to check it down and I wasn’t doing it. I was running around and, in turn, forcing balls downfield a little bit.”

Staying in the pocket will allow Lock to go through his route progression — 1 to 2 to 3 — instead of 1 to scrambling. The Broncos shouldn’t take the athleticism out of Lock’s game, but continue to harp that at this level, the players pursuing him are also athletic and the best strategy is to stay put.

“You want to be aggressive and you want to take advantage of what the defense presents down the field; it’s also important that you get completions,” Shurmur said.

Another assistant, who studied Lock during the offseason, suggested not using the shotgun formation.

“He has better footwork when he’s under center,” the assistant said. “It keeps him from retreating in the pocket.”

On the flip side of climbing the pocket, the assistant said planned movements like naked bootlegs are “good” for Lock. It is the unscheduled trips out of the pocket that have caused issues.

Lock has been sacked six times this year and The Denver Post’s game charting booked him for 1 1/2 of those, not counting those by unblocked rushers. Extending the play has a risk (Lock was injured at Pittsburgh) and reward (he threw 27 yards to Tim Patrick last week on a planned rollout that took 3.63 seconds).

“I can be a lot better (at managing the game) and that’s a big goal of mine this week,” Lock said.

“When you play quarterback, you’re going to get criticized,” he said. “I was criticized plenty of times at the University of Missouri. It’s what we signed up to do, but this is also what we love to do.”

The Broncos’ coaches need to keep Lock confident (that shouldn’t be a problem), but also keep giving him shots downfield. The way to ignite a struggling offense is chunk plays. The Broncos have 37 “explosive” completions this year (gain of at least 16 yards).

“We’re going to keep that explosive mentality,” Lock said. “Attack downfield, mix in the run game, be great in both run and pass. Just try to be as balanced as we can, but with a real attacking mindset.”

Outside of the deep shots, the Broncos would be wise to work Jeudy in on the type of crossing routes he excelled at in camp. And why not put in a sixth offensive lineman like Calvin Anderson to add some heft to the run game and an extra pass protector for a deep shot? At 2-4 and averaging 19.3 points per game, everything should be on the table.

But it starts with Lock. General manager John Elway entrusted him with the starting spot during the offseason and Sunday will be his first true opportunity to show how he responds to adversity.

“We still have (10 games left) and I think he’ll bounce back,” Fangio said. “A thing I like about Drew is that after a bad play — or in this case, a so-called ‘bad game’ — he doesn’t let himself get dragged down. He plays the next play and the next game with the same confidence and energy as he would if things were going much, much better.”

Where the Broncos’ offense ranks in the NFL through Week 7’s games: