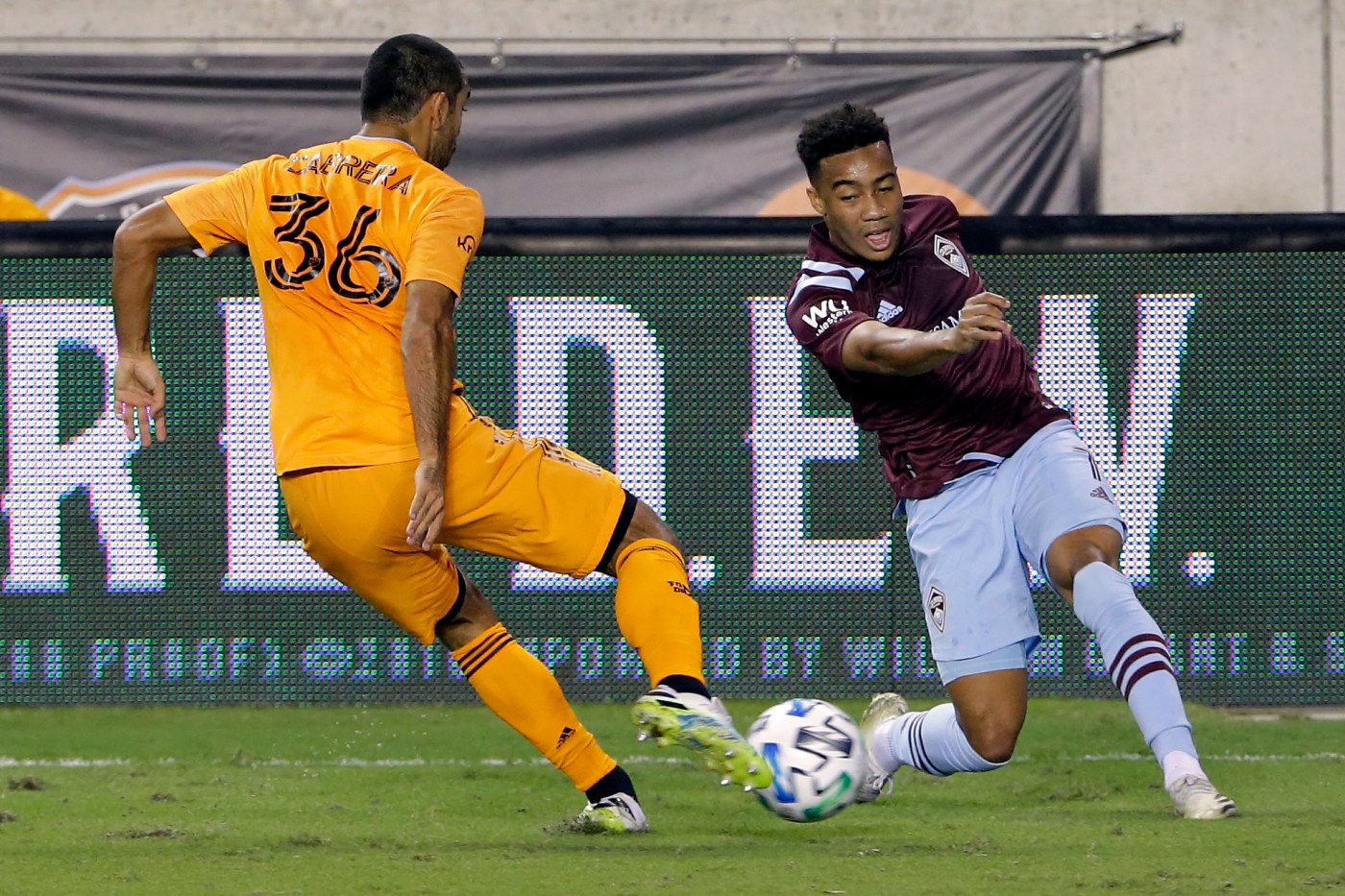 The final kick of the Rapids’ regular season was a Diego Rubio game-winning goal.

The stoppage-time stunner lifted Colorado to their third straight win, 3-1 in Houston, and drastically improved the club’s seeding in the MLS playoffs. Rubio’s efforts came with some help from Cole Bassett, as the Rapids’ homegrown talent continues to excel.

Here are three points from the Rapids three-point effort in Texas:

The Rapids have won three matches in eight days, defeating Seattle and Portland, who finished second and third in the Western Conference, and the Dynamo. Two of those wins came on the road, which pushed Colorado into a tie for most road wins in MLS this season with five.

Coach Robin Fraser had to be careful with player management with the Rapids playing five games in the last 15 days after a month-long layoff caused by a team-wide COVID-19 outbreak. In Sunday’s match, the Rapids were forced to use some of their depth, and in doing so they started the youngest lineup of the season across MLS with an average age of 23.6.

“This was not our best performance, but the ability to keep ourselves in it and give ourselves a chance is something that I think the team can certainly take pride in,” Fraser said. “We recognize that things don’t have to go perfectly to be able to get results… Once you get into the playoffs, it really is about the results. You’re not gonna be good every single night and can you find ways to win on the nights when you’re not good.”

The future is here

Bassett finished off a terrific year in style by setting up Rubio’s game-winner. The 19-year-old played the full game and had 62 touches. Putting one shot on and connecting on 79 percent of his passes, Bassett once again looked like one of the best players on the field.

“Cole is incredibly determined, and he wants to influence every game somehow,” Fraser said. “It’s almost like pulling the reins back so that he can understand that at times his contribution might not be a statistical contribution depending on how the game goes. But he doesn’t want to hear that, he wants to hear about goals and assists ”

Goals and assists are certainly a way he left his mark on games. His five goals and five assists are each team-highs, as he made a clear jump in his development this year.

“I’m really proud of what he’s done this year because as a young player when you get opportunities you’re not really sure when you’re going to get those opportunities again,” Fraser said. “He got a few opportunities early in the year and really earned the rest of them. What he’s done is through his intelligent play and movement, he’s certainly helped us a great deal.”

Bassett is a candidate to win the MLS Young Player of the Year Award. Before this season it was known as the rookie of the year, but it is now open to any player under the age of 22.

“His confidence continues to grow, he’s only going to get better,” Fraser said. “There are things that he needs to work on obviously. He’s a young player and we talk about those things as well, but overall, you have to be really proud of what he’s done so far.”

Fellow homegrown Sam Vines finished his ironman campaign off with his 18th start of the season, becoming the only Rapids player to start every match. Vines played all 1,620 minutes in 2020. The 21-year-old Colorado Springs native notched one goal and three assists at left back.

The Rapids have two weeks off for an international break. When they return, they will take on Minnesota United FC in the first round of the MLS playoffs.

Before what will be the 14th postseason appearance in franchise history, Colorado drastically improved its seeding by wining in Houston. The Burgundy Boys jumped from seventh place to fifth, which helps them avoid the clear best three teams in the west. Meanwhile, Minnesota is unbeaten in its last eight matches but each of its efforts against Colorado in 2020–a Loons win and a draw—were somewhat flukey.

“They are a talented team and they have experienced players in key positions and guys that don’t make a lot of mistakes,” Fraser said. “Teams like them can go really far into the playoffs, so part of our job is going to be trying to find ways to unbalance them.”