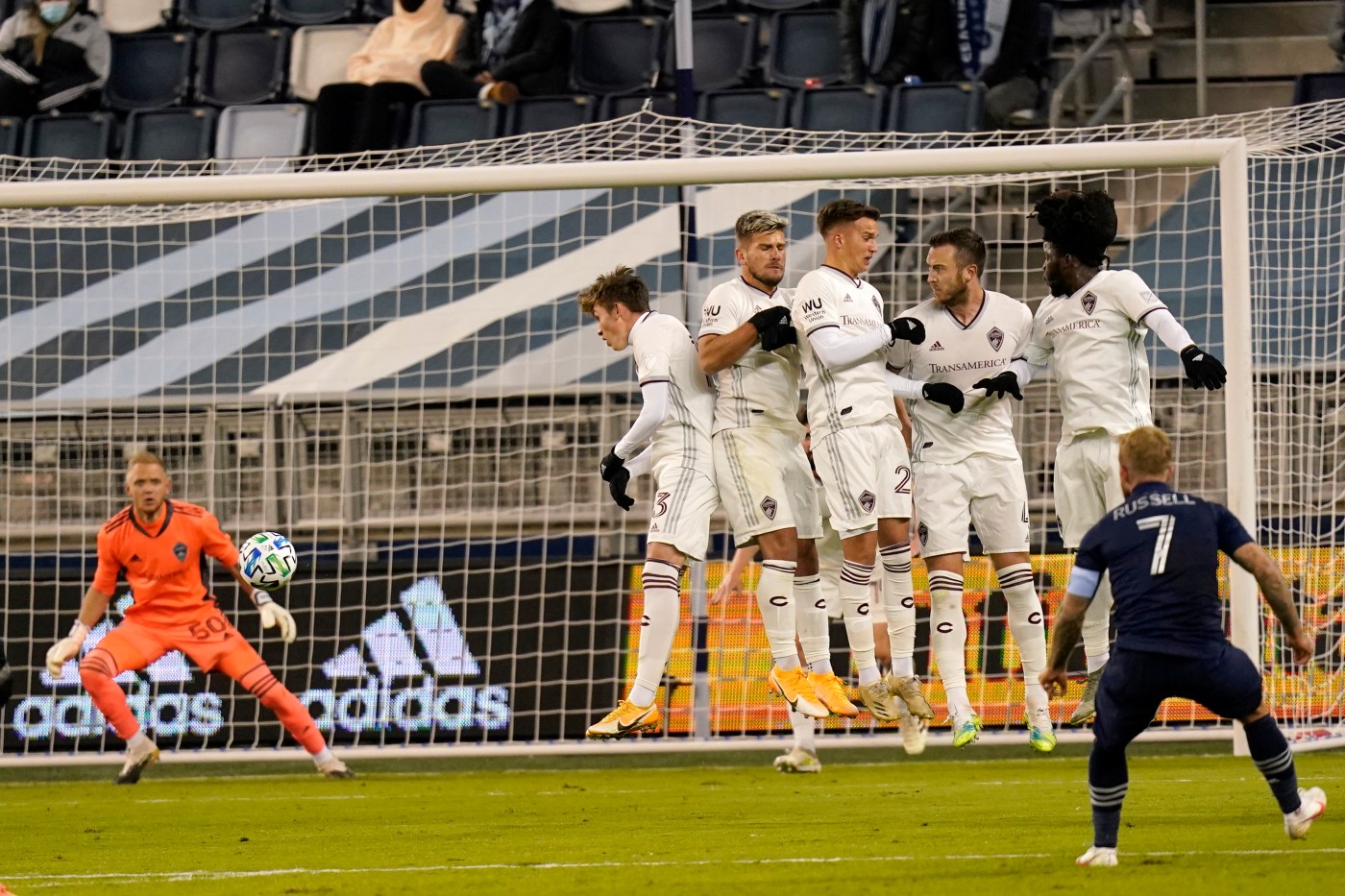 While everyone else in MLS played on, the Rapids were sidelined for the past 31 days due to a team-wide COVID-19 outbreak. Their lack of training was obvious in a 4-0 walloping from Sporting Kansas City.

Colorado returned to training this week. During most of their layoff, players were unable to train or did so in a limited capacity due to COVID protocols.

The Rapids were outshot 23-5, and didn’t record a shot in the first half. While Kansas City is an extremely tough place to play and a very good team, it was clear the Rapids were not in the same form they were in the last time that they played.

“There’s no hiding it — it’s difficult. It is a challenge not playing a game in however many weeks it was and trying to be fit and mentally sharp and all that,” Keegan Rosenberry said.  “But we didn’t want to use that as an excuse. To be fair, I think we were probably a little bit fitter in the first half, but at the same time, there were plenty of mistakes in the first half as well.”

Due to the wildness of this season, Colorado has actually only won three games since March 7. Saturday’s loss was the biggest by margin since a 4-0 loss at NYCFC in May of 2018. Danny Wilson, who started Saturday, also started in that match as well.

“From minute one to 90 there were things we can clean up,” Rosenberry said. “There’s plenty of things we could’ve done even not having played in that layoff and still done better.”

William Yarbrough’s 367-minute shutout streak came to an end against Sporting. It goes down as the third-longest shutout streak in club history. Though the Rapids conceded four goals, he was far from the person to blame as he made a season-high eight saves.

“Will’s been very good,” Robin Fraser said. “We just talk about his leadership and him as a person and what he brings to this team. He’s a guy that speaks with great calmness and gives great instruction and direction. Just from that sense alone, he’s been very good for us. In addition, he’s obviously a very good goalkeeper and has made a number of good saves for us, and his distribution has also been good. Overall we’ve definitely been happy with him.”

Yarbrough’s loan is up at season’s end but the Rapids do control his future MLS rights.

The Rapids play again Wednesday in Minnesota and then Sunday at home. Their loss at Kansas City was the first of five games in 15 days to end the season. The result dropped them to seventh in the West based on points per game. Eight teams will qualify for the playoffs this season, but MLS has not stated if it will be using total points or points per game.