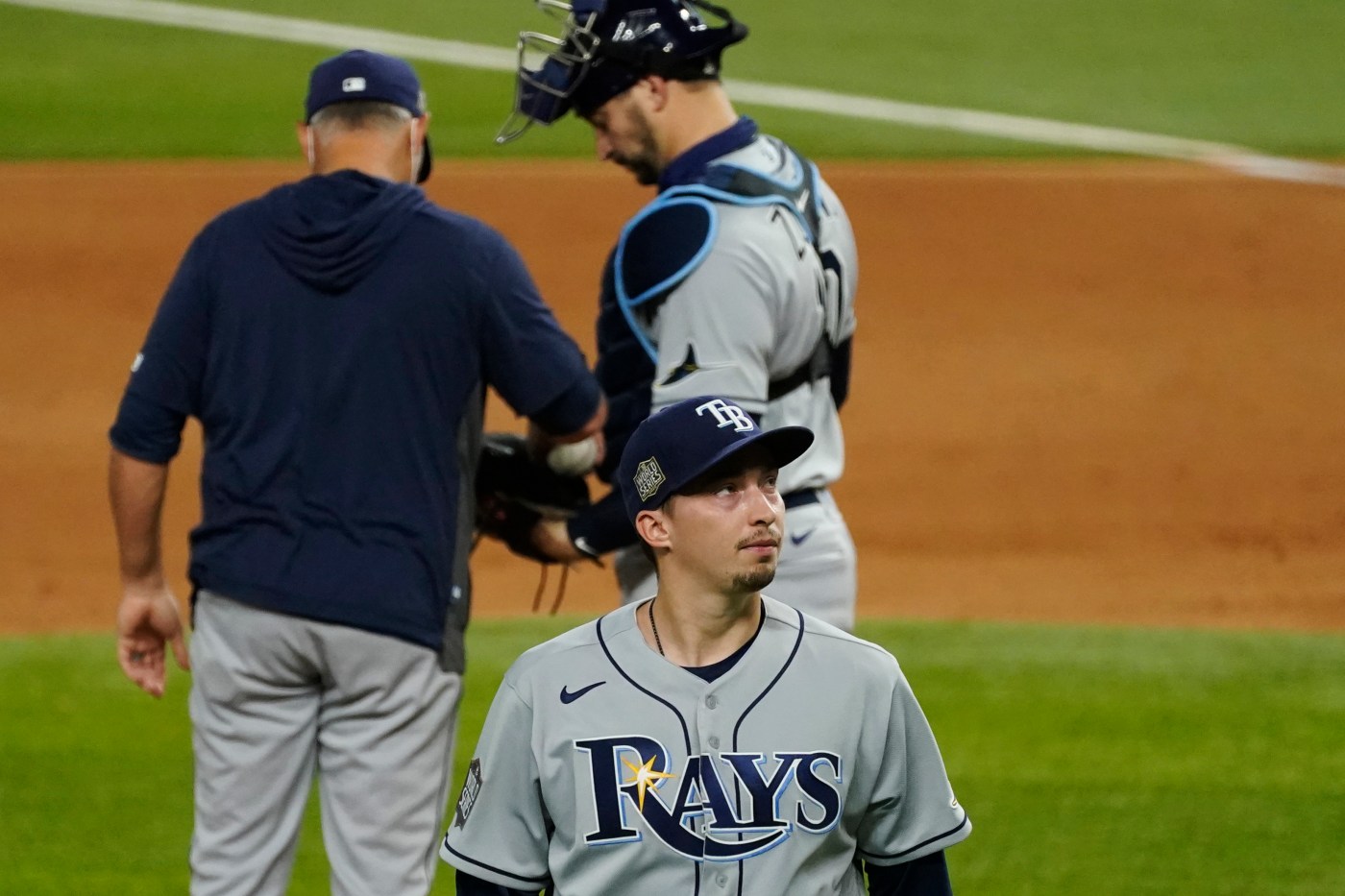 I’ve been reading about and listening to various arguments surrounding Game 6 of the World Series.

Defenders of the underdog Tampa Bay Rays are saying that the Rays played it right. That is, they lived and died by the Rays’ way.

In case you missed it, starter Blake Snell was painting a postseason masterpiece against the mighty Los Angeles Dodgers. Through five innings, Snell had faced just one batter over the minimum and had struck out nine. He had thrown just 69 pitches. He had given up one measly hit — a hard-hit single to Chris Taylor. The Rays led 1-0 on Randy Arozarena’s first-inning home run.

With one out in the sixth, Austin Barnes hit a bloop single to center, snapping a streak of 10 consecutive batters retired by Snell. Up next was the dangerous Mookie Betts, a National League MVP candidate. Snell would be facing Betts for the third time.

In this era of analytics, Rays manager Kevin Cash didn’t go with his gut or his deep knowledge of the game, he went with the computer. After all, the Rays, with the third-lowest payroll in the majors, had gotten this far by trusting raw numbers, trends and probabilities. So Cash called for the right-hander Nick Anderson to replace Snell and face Betts.

The problem was, Anderson had given up at least one run in each of his last six outings. He was vulnerable. What’s more, the next three Dodgers hitters — Betts, Corey Seager and Justin Turner — had each struck out twice against Snell in Game 6 already.

What happened next will be part of Cash’s legacy forever. Betts hit a double, Anderson threw a game-tying wild pitch and Seager hit a go-ahead grounder to first. In the span of six pitches, the Rays’ 1-0 lead turned into a 2-1 Dodgers advantage. The Dodgers went on to win, 3-1, and claimed their first World Series title since 1988.

After the game, there were mixed messages from the Rays.

When asked if he regretted the decision, Cash laughed and said: “Well, yeah. I regret it because it didn’t work out. I feel like the thought process was right. Every decision that is made, that end result has a pretty weighing factor in how you feel about it. If we had to do it over again, I would have the utmost confidence in Nick Anderson to get through that inning.”

Snell saw it differently. Sort of.

“The hardest thing for me is I was rolling, I was in a groove,” Snell said. “I just really felt dominant, like I had them guessing. It’s just tough for me, man. It’s going to be tough for me for a while to accept that, accept losing the World Series.”

But not this time. The World Series is a different animal that requires bold decisions, not slavish adherence to analytics. Does anyone remember Game 7 of the 2014 World Series? Pitching on two days rest, San Francisco Giants ace Madison Bumgarner pitched five scoreless in relief against Kansas City. He preserved a 3-2 lead, earned the save and led the Giants to their third title in five seasons.

But all you really need to know about the ending of Game 6 is what Betts said after it was over.

“Man, it was kind of like a sigh of relief,” Betts said about Cash’s decision to give Snell the hook. “Had (Snell) stayed in the game, he might have pitched a complete game. I don’t know what would have happened, but he was rolling. He was pitching really, really well. That was the Cy Young that came tonight. Once he came out of the game, it was like a breath of fresh air.”