Home Something Special Steve Addazio got cute with Todd Centeio. If Patrick O’Brien doesn’t start for Colorado State vs. Wyoming, it’s a slap in the face of Rams fans. 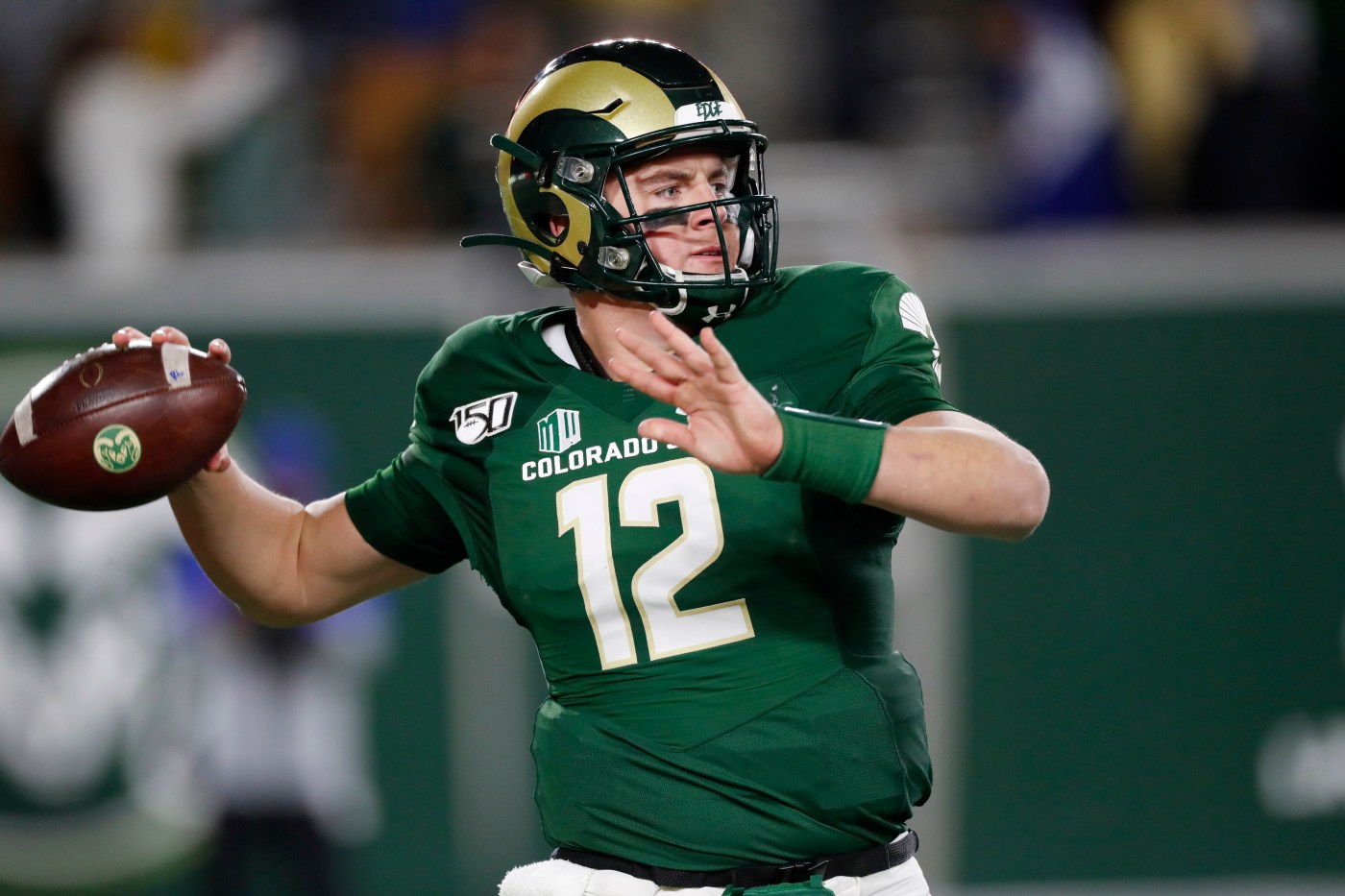 You feel the worst for Trey McBride, who could play anywhere. But never more than after CSU’s last play of the third quarter against Fresno State.

There was nobody within eight yards of him. Cripes, maybe 10. McBride, CSU’s sledgehammer of a tight end, cut left on a 4th-and-goal route in the back of the end zone, a gallop into nothing but beautiful, open space. All the ball had to do was find him, and it was a lifeline for a Rams crew down 31-10 in their season debut.

It didn’t. Todd Centeio, in his first start as CSU’s quarterback, overshot his tight end, the Rams turned the ball over on downs, and that was pretty much that.

A Bulldogs team that got waxed at home by Hawaii turned around five days later and smacked CSU, 38-17. The first serving of the Steve Addazio Era was one for the dumpster.

“I don’t think we were clean enough on both sides of the ball,” said Addazio, who was hired last December — because of 2020, it feels way longer than that — to replace Mike Bobo as the Rams’ head coach. “And that’s my job. I take responsibility.”

This isn’t Daz’s first rodeo. If Thursday night was a rope-a-dope in advance of Wyoming on Nov. 5, if it was designed to lull the Pokes into a false sense of security, then it was genius. Pure, unadulterated genius.

Otherwise, as game plans go, it looked a hot mess. A little too cute in some places, way too disjointed in others.

Especially at quarterback, where Addazio banked on the idea that Centeio’s legs were a safer bet against a porous Fresno defense than Patrick O’Brien’s bazooka. By the time the Daz finally fetched O’Brien from the bullpen on Thursday, the Rams were down 38-10.

Even a coach launching a complete tear-down-slash-rebuild also knows it’s loopy, in the short term, not to play to his roster’s strengths. With Warren Jackson opting out, McBride — a George Kittle clone who’d entered, then exited, the transfer portal late this past summer — is the best thing this Rams bunch has going for it now.

So why not play the signal-caller who gives your best weapon the most chances to succeed?

To anyone’s eyes, that quarterback is O’Brien, a prototype pocket passer who already has chemistry with the 6-foot-4 McBride, whom he’d helped to snare 45 balls for 560 yards and four touchdowns last fall.

Instead, Daz tapped Centeio, a nimble transfer out of Temple, hoping the element of surprise would carry him. And it did.

The Bulldogs came out ill-prepared for designed QB runs and zone reads that probably weren’t featured on any CSU scouting report. Alas, the joy of subterfuge didn’t last long. Because of the Rams’ shoddy tackling and maddening inability to get off the field on third down, CSU trailed by double digits in the second quarter. Which forced Centeio to air it out. Which got ugly.

The McBride miss was actually Centeio’s second major whiff in the red zone, having capped the Rams’ second drive of the evening by firing a contested dart 3rd-and-goal to E.J. Scott in the end zone. Replays showed that tailback Marcus McElroy was wide open only a few feet away and could’ve walked in for six. CSU settled for three.

A 10-7 Rams lead was short-lived, as Fresno had racked up 247 yards through the air by halftime, 117 of them to running backs.

This one smelled familiar, for all the wrong reasons. Missed tackles. Lousy reads. A plethora of self-inflicted wounds. Adjustments that seemed to come too late, if they came at all. It was a soul-crusher in almost every phase. It felt a lot like a Bobo game from any of the previous two Octobers.

Centeio (23 pass attempts, 10 completions) is fast (89 rushing yards) and tough, which makes him tempting as a change-of-pace option. Or on short-yardage. Or when you’ve got a lead.

But based on what we saw Thursday, those cushions could be few and far between. Why handicap yourself if you don’t have to? O’Brien deserved the start. McBride deserved better. So did CSU fans, now that you mention it.