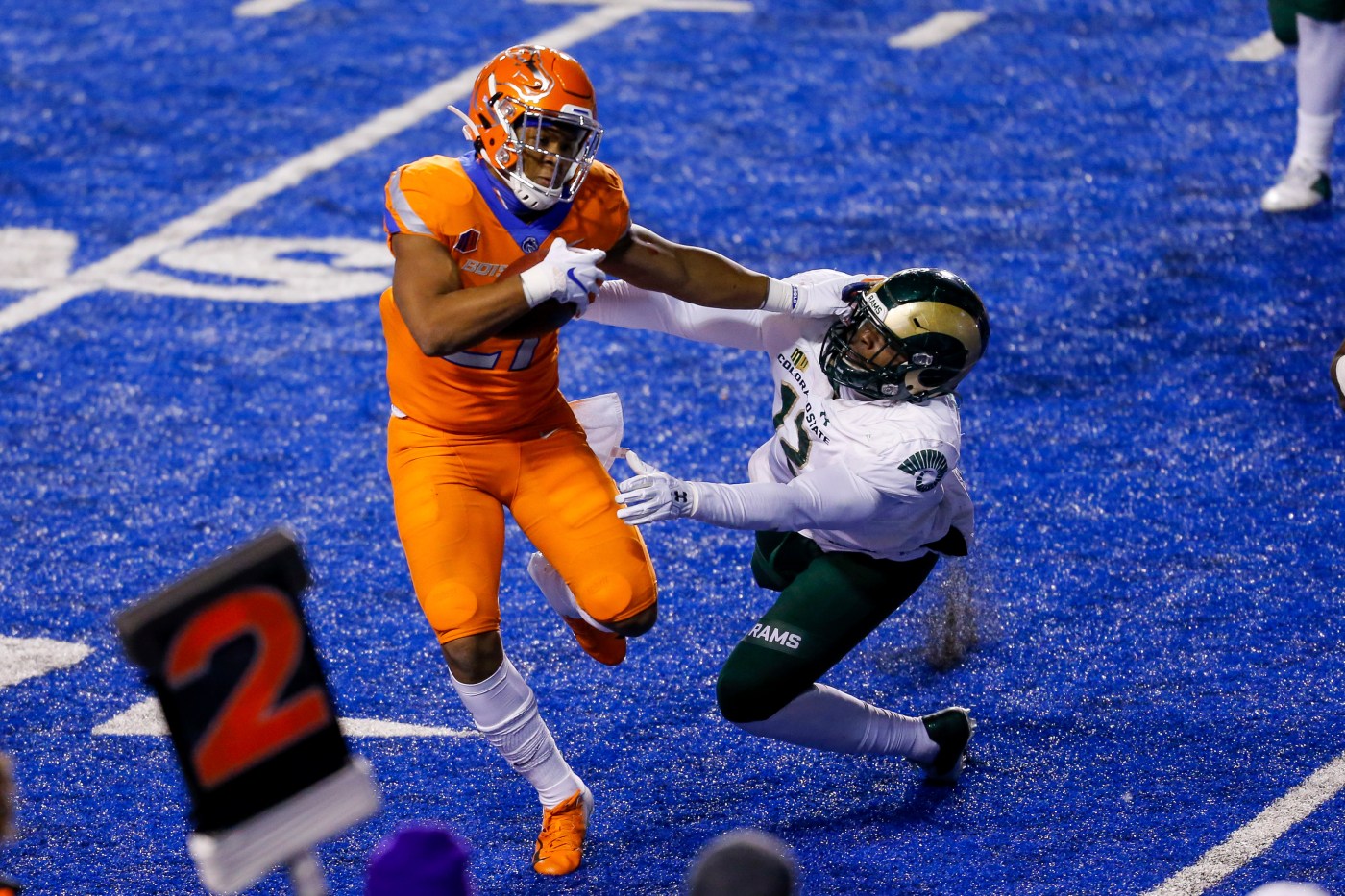 Look, we knew Clemson was going to come out fired up after that loss last week, but …

You mean that wasn’t Clemson?

Hide the women and children. Shield your eyes and loved ones. The Fresno State Rammies are back.

Remember them? Leaky like a bad roof? Whupped at the line of scrimmage? Hopelessly out-schemed?

New coach Steve Addazio’s first trip to Boise State with CSU was one for the dark ages. The Rams got two punts blocked for touchdowns. The Broncos notched another on a blocked field goal return that pretty much nailed this one shut.

Another score, with 5:21 left the third quarter, came on a mid-air fumble recovery by a Boise offensive tackle in the end zone. You couldn’t make some of this stuff up if you tried.

“Momentum is a real thing,” CSU linebacker Dequan Jackson said after the Rams fell to the Broncos for a tenth straight time. “But I’m not sure how much we could control that, at that point.”

The Rams faced eight third downs of 6 yards or more to go in the first half. They converted none. Boise got five. And hit on them all.

Broncos 52, CSU 21. Can we have the Wyoming Rammies back? Please?

The Week 1 Rams were back Thursday night, in all the worst ways possible. That another Boise debacle was a defeat of fundamentals — breakdowns at the line of scrimmage, spotty coverages, failures of physicality — should gall Addazio, who promised those elements to be the bedrock of what he’s building in FoCo.

But the fact that it also a became coaching mismatch — a reversal of the Border War script played out to almost darkly comic extremes — should worry CSU fans to no end. Especially when the Boston College trolls log on to start pointing and giggling on Twitter again.

“You know what? I’m in charge of special teams,” said Addazio, whose staff features a special teams “quality control” coach but no full-time coordinator. “So I’m the one responsible for it … the bottom line is, it’s gotta get fixed, and that falls directly on me.”

The Rams got a taste of what they delivered to the ‘Pokes last week, brother. They got it early. They got it hard. CSU’s first offensive series ended with a punt blocked and recovered by Boise in the end zone. The first defensive stand got bent, then broken, as the Broncos marched 48 yards on 10 plays to build a 14-0 bulge nine minutes into the game.

Winning the Bronze Boot was a neighborhood brag. And sweet. And overdue. But if you want anybody outside Highway 285 to notice you, that eventually means swinging with the big boys.

Boise is a national brand. They’re the Mountain West’s Ohio State, its Oregon, its benchmark. What Addazio should aspire to. What Mike Bobo never got to.

The Fresno State Rammies got a long, long, long way to go.

Quarterback Todd Centeio gave the offense a spark at the start of the second half, down 35. As a change-of-pace, he works. Doesn’t mean he’s the answer. Unless you’re going to alternate direct snaps to Trey McBride and Dante Wright, Patrick O’Brien is still your least terrib … er, safest option behind center.

Defensive lineman Scott Patchan is a load, but he can’t cover up CSU’s pass-coverage issues by himself. A’Jon Vivens (76 rushing yards) flashes some serious juice, but is he an every-down hoss if Marcus McElroy can’t go?

To their credit, they didn’t quit. They just need to figure out how to start again.

COVID is testing us everywhere, including roster minimums. The Broncos suited up just five defensive linemen, and three were redshirt freshmen or true freshmen. Star pass-rusher Demitri Washington was already lost for the season after suffering a knee injury vs. Air Force on Oct. 31.

Rams rushing yards at the half: 61. After one quarter, CSU had run 22 plays to Boise’s 13. And trailed by three touchdowns.

One step forward. Four scores back.