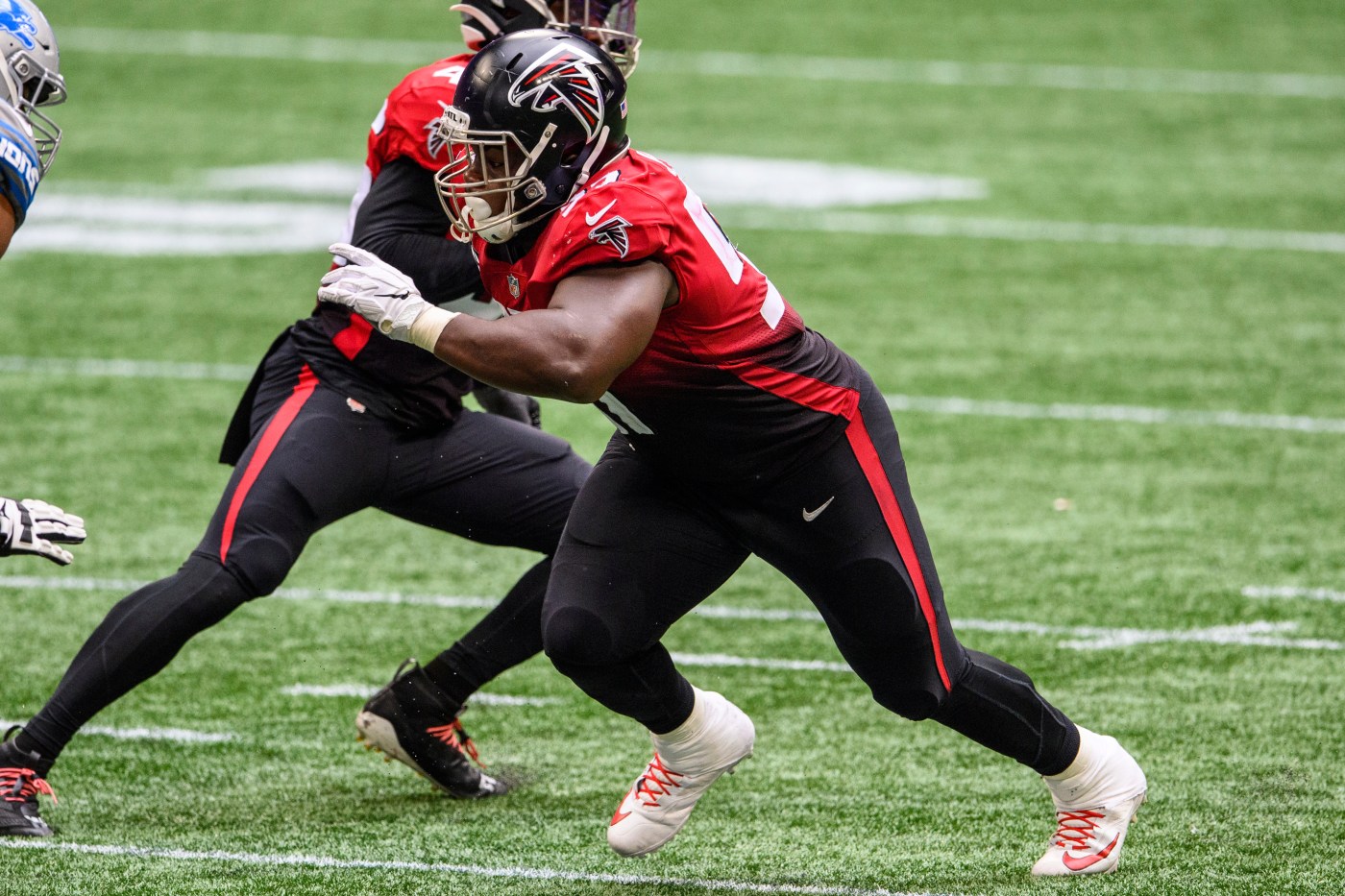 In the ensuing three games, the Falcons are 2-1 and are similar offensively because play-caller Dirk Koetter remains in place.

“They haven’t really changed much,” Broncos coach Vic Fangio said of Raheem Morris’ appointment to interim coach. “They’re a really good offense. They’ve got a lot of talent and it’s reflective in their stats.”

What has changed, though, is the Falcons’ defense. They’re actually stopping teams.

Entering Sunday’s game against the Broncos, Atlanta’s defensive stat sheet can be split into two seasons.

First five games: Allowed 32.2 points and 446 yards per game, had only seven sacks and two interceptions and opponents converted 43.3% of their third-down chances.

Last three games: Allowed 21 points and 351.7 yards per game, had six sacks and four interceptions and opponents converted 26.7% of their third-down chances.

The task for the Broncos’ offense, other than avoiding a three-quarter nap as they had last week against the Los Angeles Chargers, is dealing with defensive tackle Grady Jarrett and the Falcons’ pressure packages.

“The one thing jumps out is they are fast on defense and they have been pressuring more of late,” Fangio said. “Happy that we have a couple of games to see them on tape because they have had a little bit of a change in philosophy that way.”

The Falcons had nine five-man pressures (two sacks) and weren’t wedded to any down-and-distance — five on first down, two on second down and one on third down.

Where Atlanta threw an effective curveball was using a three-man rush on three third-down snaps.

The Falcons often dropped a defensive end and blitzed a linebacker through the ‘A’ gap between the guard and center. Other times, a defensive end would drop and from the opposite side, the slot corner would rush.

Anchoring the middle is Jarrett, who while providing an interior pass rush, draws attention to allow linebackers like Deion Jones a free run at the quarterback. Jarrett leads the Falcons with 2 1/2 sacks.

“Grady Jarrett is explosive, has really good instincts on the move, does a good job setting up guys in the pass rush and using his quickness,” Fangio said.

The Broncos allowed 12 “disruptions” (two sacks, three knockdowns and seven pressures) against the Chargers per The Denver Post’s game charting.

The Chargers’ defense was an anomaly among Broncos’ opponents. Tennessee, Pittsburgh, Tampa Bay and New England all rushed five or more on at least 35% of the Broncos’ drop-backs. Before the Chargers’ 6.4% rate (three of 47), the lowest rate was two weeks ago by Kansas City (20.5%, nine of 44).