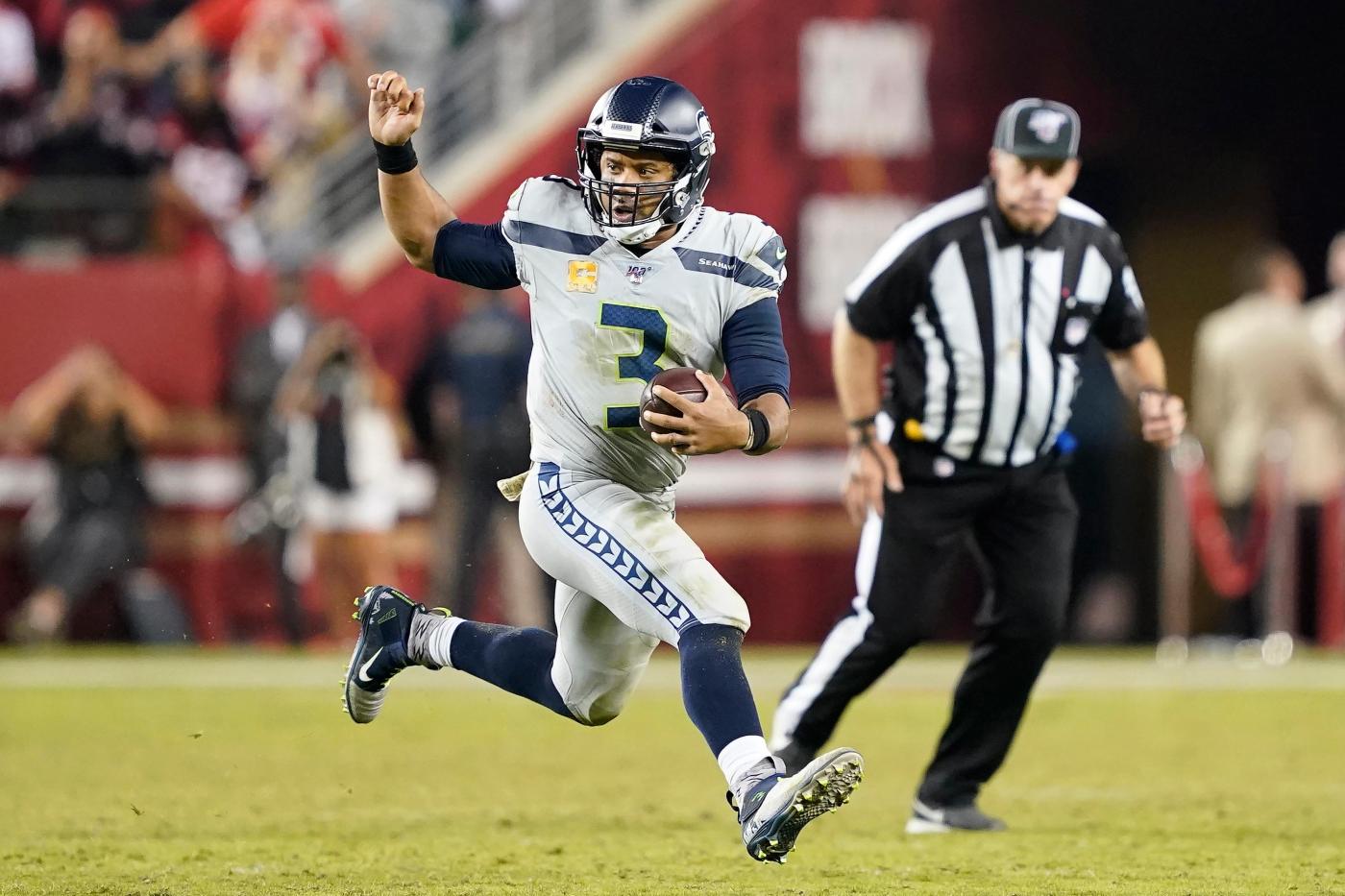 Game of the week

The first of two fistfights between NFC West rivals and the Rams are a 1 1/2-point favorite. The Rams are second in fewest points allowed (19 per game) and Seattle is 30th (30.4). Edge to the Rams because Aaron Donald will take over the game in the second half.

Lock of the week

Eight years ago, the Jaguars were 15-point underdogs at Lambeau Field and lost 24-15. This time, the Packers are a 14 1/2-point favorite. Green Bay quarterback Aaron Rodgers should be out of the game when the third quarter ends. Rookie quarterback Jake Luton starts for the Jaguars.

Upset of the week

Don’t look now but Joe Judge’s Giants are 2-2 in their last four games after an 0-5 start; both wins were over Washington. Philadelphia is 3-4-1 and a three-point road favorite. The Giants produce three takeaways that lead to field position for their offense to cash in with 17 points.

Around the NFC: Dalvin Cook one touchdown from joining rare company

Vikings revival. Minnesota was seemingly kaput last month at 1-5, but it won at Green Bay and vs. Detroit. Suddenly, the seventh playoff spot is in sight when the Vikings (3-5), two games behind the Rams/Arizona, travel to Chicago (5-4). Vikings running back Dalvin Cook can tie an NFL record if he scores a rushing touchdown in an eighth consecutive game, tying Lenny Moore (Baltimore, 1964), John Riggins (Washington, 1983) and George Rogers (Washington, 1986). The Bears, meanwhile, once again have a broken offense (19.8 points per game, 30th in the league).

Alex Smith gets chance. Two years after his horrific broken leg, Smith will start at quarterback for Washington against Detroit. Smith replaced Kyle Allen (season-ending ankle injury) last week and his rust showed — three interceptions among his 32 attempts. That Smith is playing should clinch him for NFL Comeback Player of the Year … if it wasn’t already locked up.

McCaffrey ailing. Good on Carolina running back/Castle Rock native Christian McCaffrey for getting his four-year, $64 million contract extension in April. McCaffrey didn’t miss a game in his first three years, but sustained an ankle sprain in Week 2 at Tampa Bay (missed six games) and a shoulder injury last week at Kansas City (out against the Buccaneers Sunday). McCaffrey, 24, has been limited to 59 rushing attempts for 225 yards in three games.

Involving Evans. Tampa Bay receiver Mike Evans has seven touchdown catches, but is averaging nearly four fewer yards per catch compared to last year (17.3 to 12.9) and is barely on pace to reach his current career low for catches (68 in 2014 and ’19). What gives? “Mike was open a bunch in that ballgame (last week),” coach Bruce Arians said. Take note, Tom Brady.

Around the AFC: Battle of young quarterbacks when Chargers meet Dolphins

Herbert vs. Tua. The Broncos saw Chargers quarterback Justin Herbert two weeks ago and get Miami quarterback Tua Tagovailoa next week. The rookies square off Sunday in Miami. Tagovailoa and Herbert were drafted fifth and sixth, respectively, this year, and their meeting will mark the seventh time in league history two rookie quarterbacks who were among the top six picks have met. Way back in 1998, Peyton Manning/Indianapolis beat Ryan Leaf/San Diego 17-12. Last year, Kyler Murray/Arizona beat the New York Giants/Daniel Jones 27-21.

Jets show some life. The Jets are 0-9 for the first time in franchise history, but should have defeated New England last Monday. Gang Green won’t go 0-16 because players have pride and it’s very difficult to go winless. The offense, though, must show a pulse. The Jets rank last in yards per game and play, passing yards per game and play, third down, red zone and points per game. Now that’s consistency of the wrong kind.

Steelers good or lucky? Pittsburgh is the league’s last unbeaten team (8-0). The Steelers’ wins have been by 10, five, seven, nine, 31, three, four and five points. It’s easy to say Pittsburgh has been fortunate, but good teams find ways to win close games. Last week at Dallas, the Steelers trailed 19-9 but won 24-19. They have outscored opponents 63-34 in the fourth quarter.

Hurry back, Chris. Before last week’s loss to Las Vegas, the Chargers had lost four consecutive games with a lead of least 16 points. Cornerback/old friend Chris Harris has missed all of these losses with a late September foot injury and had a timetable of 4-6 weeks to return. The Bolts have only four interceptions (26th) and are allowing opponents to complete 63.5% of its passes (ninth).