Swing piece that could land Jrue Holiday in Denver 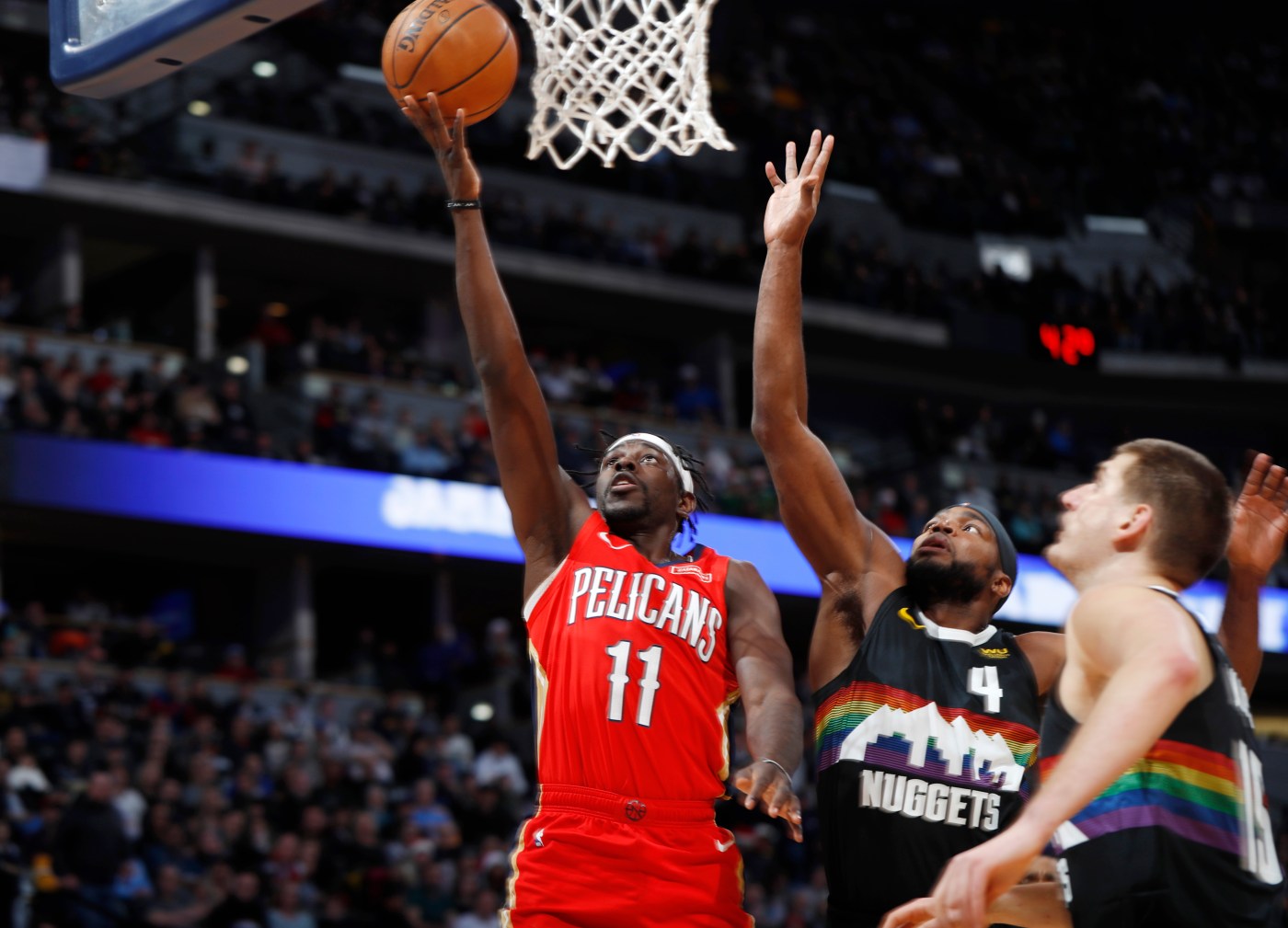 As long as the Wizards continue to signal their All-Star shooting guard is unavailable, Nuggets fans will salivate over the possibility of landing Holiday from New Orleans.

Despite Denver’s inability (or unwillingness) to land prior big fish in trades, this one might be more realistic. Holiday, the Pelicans’ star two-way guard, has one year left on his deal before having to decide on a $26.2 million player option. That is absolutely part of the equation for suitors like Denver and Brooklyn.

If the Pelicans are going to host a bidding war, teams want to know the likelihood Holiday will be with them for at least two seasons. Holiday, 30, averaged 19.1 points on 45% shooting (35% from 3), 6.7 assists and 4.8 rebounds this past season. He’s a phenomenal defender and an even better teammate. It’s not a coincidence his name is a constant in trade rumors.

Unlike in the Anthony Davis sweepstakes, where Davis made it known he wanted to be in Los Angeles, the Pelicans have leverage. They also have plenty of reason to keep him if neither the Nuggets nor the Nets (or any rumored destination like Miami or Dallas) can compile a package to their liking.

But let’s start in Brooklyn, where “Bubble” star Caris LeVert would likely be at the center of the deal. LeVert has an injury history, but he’s four years younger than Holiday and still has an upward trajectory. LeVert is probably the best asset available from the two teams, considering he’s under contract for three more seasons on a reasonable $52 million deal. From there, it’s what other pieces would the Nets include? Agile center Jarrett Allen’s name has been mentioned as has former Colorado star Spencer Dinwiddie.

Brooklyn needs to consider how much it’s willing to offer, again, for only one guaranteed year, as well as fit alongside ball-dominant superstars Kyrie Irving and Kevin Durant. One of the reasons Holiday is so coveted, by many teams, is because he doesn’t necessarily need the ball in his hands to impact the game.

From fit to compensation, those are the same questions Nuggets president of basketball operations Tim Connelly has to ask himself. In addition, for any trade of this caliber to occur, Connelly would likely have to jeopardize the continuity and culture he’s been meticulously cultivating for years. Not that Holiday wouldn’t fit their established locker room, but Denver prides itself on building from within.

With a championship window open, many would argue it’s worth the cost.

But what that cost is remains fluid and somewhat unknown. Here’s an educated guess based on conversations with several league sources.

Any Holiday trade with Denver would need to include either Gary Harris (two years left on deal worth an average of $19.5 million annually) or Will Barton (two years left with average of $14 million; player option 2021) for salary purposes. Harris’ trade value is debatable due to his growing injury history and regression over his last two seasons. Barton has had two significant injuries the last two seasons, but he’s been productive when healthy. Of the two, he’s likely got more appeal to New Orleans.

After that, the Nuggets would likely need to include current two-way center Bol Bol, who’s still technically a rookie. If Bol develops his body and dedicates himself on defense, he’s got enticing potential.

Others have speculated that it would then take this year’s No. 22 pick, in addition to possibly future draft picks.

But the swing piece, including this year’s first-round selection, could be reserve guard Monte Morris. Plenty around the NBA view the 25-year-old as a starting-caliber guard. Though he’s interested in a contract extension in Denver, it’s significantly easier to trade him without doing an extension prior and letting New Orleans negotiate a deal. The Pelicans would almost certainly want to gauge Morris’ level of interest before anything got serious. Morris would be an unrestricted free agent next season.

On the surface, that’s quite a bit to sacrifice if you’re Denver. However, a trade like this would give the Nuggets perhaps the best starting five in the NBA in Jamal Murray, Holiday, Michael Porter Jr., Jerami Grant and Nikola Jokic.

If you think NBA fans have itchy trigger fingers, just imagine what league executives have felt without being able to upgrade their rosters for months. Let the NBA’s silly season begin.