Like an old pair of shoes, everything fit. The jokes. The jabs. All that red, storming the castle on Stadium Drive, only to file out in misery.

For Alex Passett, seeing Colorado beat Nebraska in football last fall at Folsom Field made him want to party like it was 1999.

“The Nebraska thing, it was amazing to have that back,” said Passett, CU class of ’86 and president of Forever Buffs Kansas City. “For a football game, our pregame parties (in the Big 12) wouldn’t compare to a CU party at USC or at Washington. But the thing is, we really lost a lot of rivalries. And while those parties out (on the coast) may be double the size of what we had here, I just don’t know who our rival is right now.”

And that’s the rub, isn’t it? Even the staunchest defenders of CU’s decision to move to the Pac-12 in June 2010 admit it left a hole in the hearts of Buffs faithful that’s never healed.

“I’m sure they’ve asked (athletic director) Rick (George), and certainly, they’ve asked me: ‘Well, who’s our rival?’” Buffs chancellor Phil DiStefano told The Post. “And in the Pac-12, we don’t have one yet….But I think it’s great being in the conference.” 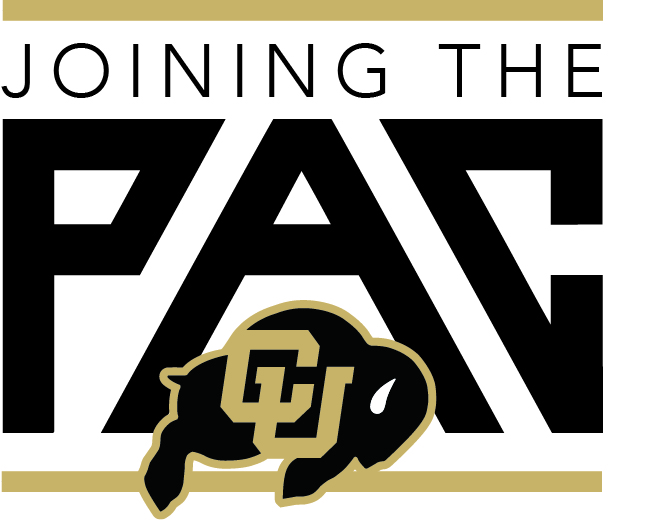 It’s been 10 years since CU decided to leave behind the Big 12 in favor of the Pac-12. This series examines what has happened since as the Pac-12 has struggled to maintain national relevance, the Buffs football program has floundered and the school has watched its former Big 12 peers pass it by in terms of revenue and resources.

It’s ironic: CU joined a conference that aligns neatly with its alumni base, its campus culture, its academic goals and its community vibe. But in doing so, it somehow, strangely, lost a bit of what also made the Buffs special.

Old Big 12/Big 8 rivals delighted in sneering at Boulder back when it was a “hippie” town on the fringes of a brisket-and-barbecue conference. None more than Cornhuskers fans, who often referred to the 80302 as “The Berkeley of the Big Eight,” as if a bordering state was another planet entirely.

Now that the Buffs routinely visit the real Berkeley to compete, the logic lines up.

The animus, though? Not so much.

RELATED: How the CU Buffs have fared compared to their fellow Big 12 departures

Nebraska served that function perfectly, back in the day. For that, we can thank Bill McCartney, who needed a villain when he took over as CU’s football coach in 1982.

Not just a villain, but a rallying point. A cause. In the last 20 meetings between CU and Nebraska from 1962-81, the Cornhuskers had won 19 times. Nebraska was a national brand and regional giant. McCartney aimed high, making Nebraska the program’s red-letter game.

“Bill created the thing,” recalled Charlie McBride, a receiver on CU’s 1962 Orange Bowl squad and Nebraska’s defensive coordinator from 1982-99. “The coaches (at Nebraska) didn’t pay a whole lot of attention to it.

“I don’t know that the (Husker) players thought it was a rivalry until probably they’d heard enough jokes about Nebraska that they decided it was going to be one.”

Mac played it up, twisting the knife whenever he could, regaling boosters with Nebraska jokes and even banning the color red around the CU football offices. In 1986, the Buffs beat the Big Red for the first time since 1967. CU then won or tied three of the next five meetings.

Chasing the Big Red ushered in one of the greatest 20-year periods in Buffs football history, a generational stretch from 1985-2004 in which CU went to 16 bowl games, won or shared four conference titles and won a national championship.

In the summer of 2010, the Buffs and Huskers both decided to leave the Big 12 for the Pac-12 and Big Ten, respectively. And both programs have since sunk to new depths chasing old ghosts. From 2013-2019, Nebraska averaged 6.5 victories per season; CU averaged five.

“I think I heard somebody from Nebraska say, ‘We’d love to play Colorado every year,’” CU athletic director Rick George told The Post. “And look, we like the rivalry. We like the game. And who knows about the future?”

On the surface, CU joining the Pac-12 in tandem with neighboring Utah was supposed to offer similar juice. A scrap for bragging rights along the western border instead of the eastern one.

Only the Utes haven’t borne much of a grudge. And CU hasn’t given Utah fans much of a reason to bear one.

“A rivalry typically has some bad blood involved in it and some ill feelings,” longtime Utes coach Kyle Whittingham once told The Post. “And there is none of that with Colorado.”

Instead, the Rumble has come to reflect the divergent fortunes of both programs.

Utah leads the annual series 7-2 since it became a Pac-12 affair, and has won a share of three South Division titles. CU, meanwhile, has won the South just once, in 2016, which was also the only season over the past decade in which the Buffs won more than five games.

“(Rivalries) have to come about naturally. It’s not invented,” former Big 12 and Big Eight commissioner Chuck Neinas told The Post. “Colorado’s logical rival is Utah. But I don’t know that Utah cares. They’ve got BYU. That’s the game they’ve got to win.”

Maybe the thing needs a proper traveling trophy — a ski boot, a mountain bike, something.

“We knew that (animosity) wouldn’t happen right away,” former Utah athletic director Chris Hill told The Post. “I told Rick George that he and I should get into a fight before a game and have a national story and then we’d be fine. Then we’d hate each other and that would speed it up.”