Home Something Special The Mile High magic is gone for Broncos in wretched 2020, which has now also ruined the fun of home-field advantage. – The Denver Post 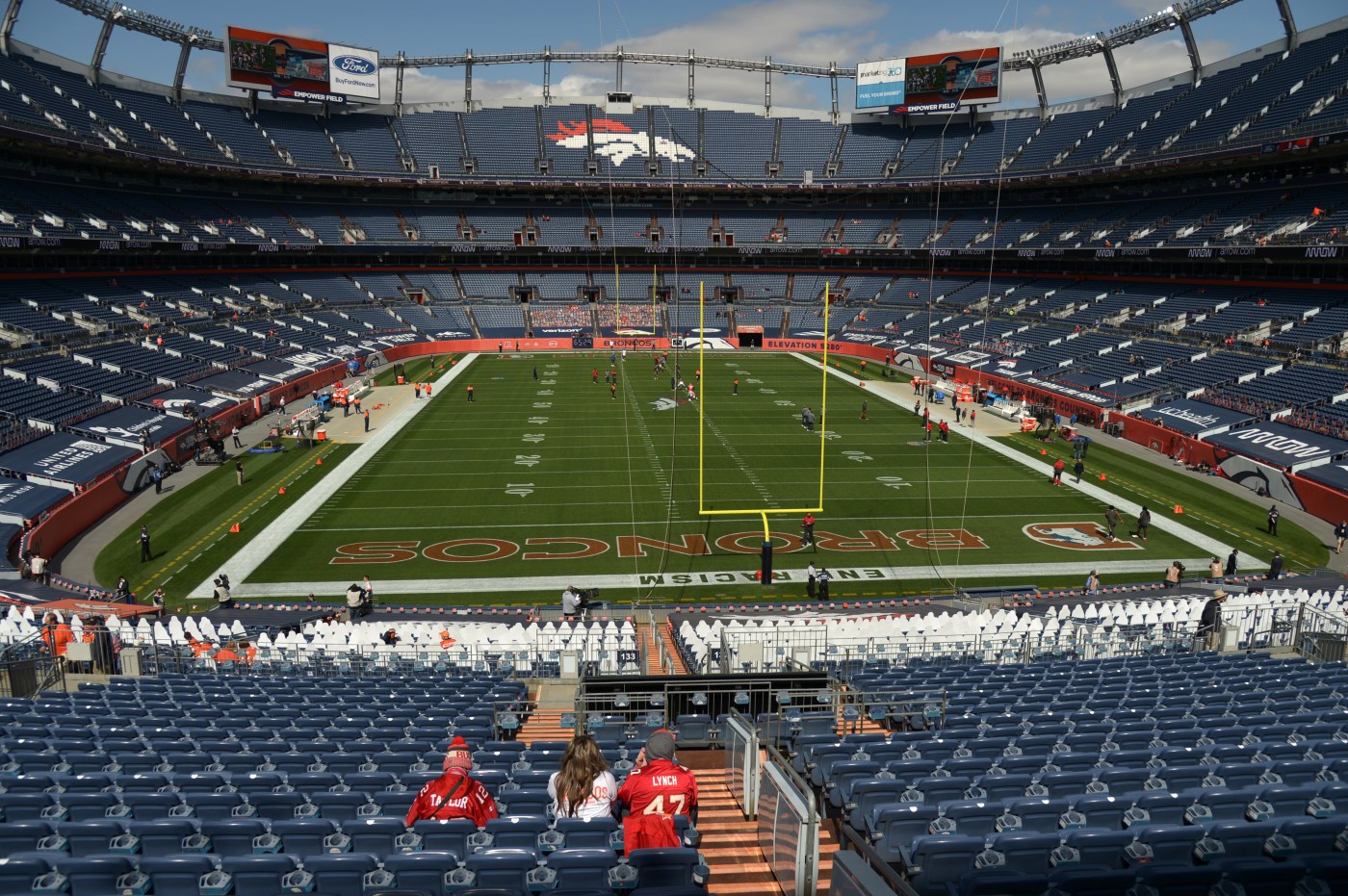 If 5280 is no advantage to Denver, the Broncos might as well play their home games in Scottsbluff, Neb., or Nome, Alaska.

Rain, sleet or snow can’t stop Broncomaniacs from rattling the stadium John Elway built with Rocky Mountain thunder. But the nasty coronavirus has prevented the team from putting more than 5,700 fans in Empower Field at Mile High, where the Broncos have forgotten how to win this season.

In 2020, is there any home-field advantage in the NFL?

“Absolutely not,” Broncos quarterback Drew Lock replied, “except for the fact that you have to travel and you might be a little tired.”

Know what’s really wearisome? The Broncos are 0-3 at home this season. Remember when Denver was one of the toughest places in the league to play? Not now.

Back in the day, when linebacker Randy Gradishar rocked the house and foot-stomping Broncomaniacs turned the metal stands of old Mile High into a big bass drum, home-field advantage was worth a field goal. At least. But the stadium Denver now calls home has become neutral ground, which goes a long way in explaining why the Chargers and rookie quarterback Justin Herbert will arrive Sunday as three-point favorites on Denver’s home turf.

“I wouldn’t say there’s too much of a home-field advantage anywhere in the league right now,” Lock said.

Since 1970, the thin air of playing games 5,280 feet above sea level combined with that crazy South Stands passion gave the Broncos a home-field advantage measurable on the scoreboard. During 77 home games basically regarded as toss-ups, with neither Denver nor the visitors favored by more than a point, the team wearing orange and blue fashioned an impressive record of 47-26-4, emerging victorious more than 60 percent of the time.

The influence of Denver’s 12th man was no fluke. Five decades qualifies as a trend.

The pandemic, however, is threatening to erase the traditional value of the home field that was already on the wane throughout the league. The home team’s record last season was a rather unimpressive 132-123-1, the lowest it had been since the NFL expanded to 32 teams in 2002. And for those inclined to wager: The home team covered the spread a mere 43.7% of the time in 2019, according to ESPN’s database.

Video killed the radio star, and technology might ultimately be the demise of home-field advantage. Quarterbacks have headsets in their helmets and fans often have noses stuck in cellphones.

I used to believe the formula for the Broncos making the playoffs was to go at least 6-2 at home and .500 on the road. But maybe that old math doesn’t compute for any NFL team in 2020.

“I don’t know what the numbers are around the league or how it looks …  I do think the usual home-field advantage is still there a little bit, but it’s dissipated some with no fans or very limited fans,” said Broncos coach Vic Fangio, whose team has won two of three games on the road.

“All three of our road games, I believe, there were no fans. You can tell the difference. Without a sold-out stadium rooting for the home team, it is different. I’ll be curious to see at the end of the season if the home-and-away stats have been altered.”

With the gosh-awful New York Jets, Atlanta, Detroit and Minnesota joining the Broncos in winless misery at home as this crazy season approaches the halfway point, the record of home teams throughout the league is 53-52-1.

Football without fans is like a party without friends. It might still be football, but it feels hollow. Yes, the Broncos have lost at home to Tennessee, Tampa Bay and Kansas City, which all appear to be playoff bound. But this young team misses its Broncomaniacs. Big time.

Nobody enjoys riding the emotional wave of the home crowd more than Lock. If you ask me, his coolest moment of 2019 was rapping as “Put On” by Young Jeezy blared over the stadium sound system during a victory over the Raiders.

Contrast that unbridled moment of joy with the dead silence in the same stadium when Lock through a pick-six to Kansas City safety Daniel Sorensen during the second quarter of a 43-16 loss to the Chiefs last Sunday. Although they tried, 5,700 fans couldn’t make enough noise to pick up Lock.

“I know we had people in our stands, and they were loud for the number that could be in there,” Lock said. “But it’s obviously not loud enough to really affect a game and get the true Mile High experience for the teams that get to come in here.”

This Denver team needs all the help and any edge it can get.

But at home against Herbert, a rookie quarterback who 5,700 fans won’t be able to rattle? I’m afraid the Broncos will be pretty much on their own.

If 2020 has taught us anything, it’s self-reliance.