The Nuggets need a SG. Fortunately, this NBA draft is full of them. 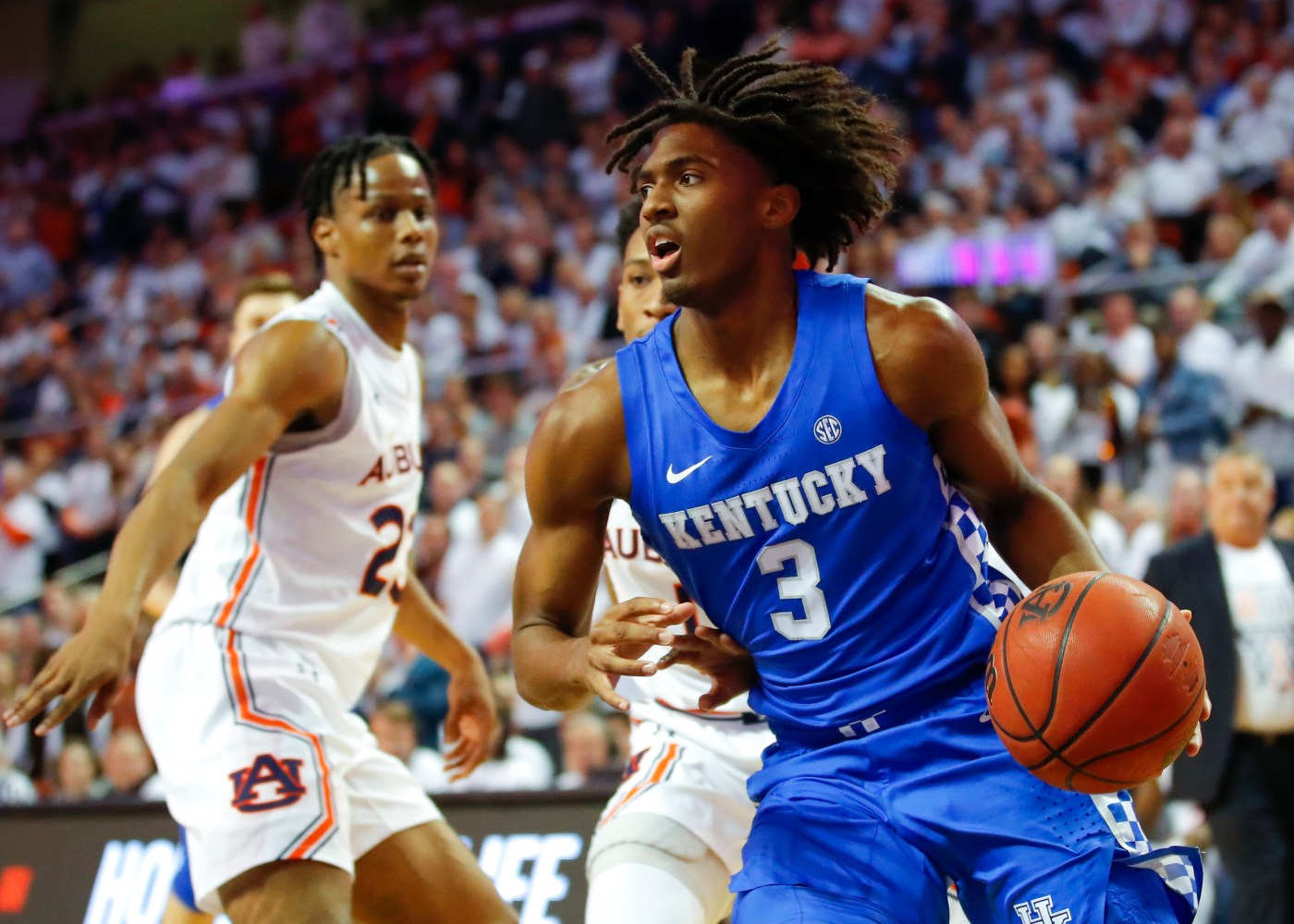 The Nuggets have a slight advantage as the NBA draft on Nov. 18 creeps closer.

At shooting guard, one of Denver’s most pressing needs, there’s actually a fair amount of depth that could be within range with the No. 22 pick. Whether the Nuggets opt to bolster their backcourt depends on several factors.

Denver’s front office needs to decide where it stands on Gary Harris and how much they feel he can bounce back after a frustrating and disappointing season. Harris averaged just 10.4 points on 42% shooting – his lowest marks in five seasons. Then, after the four-month hiatus, Harris’ return was further delayed due to a nagging hip injury that kept him out of all the seeding games and the first five games of the playoffs. It was not the first core injury Harris has battled over the past 2½ seasons.

The Nuggets, trusting in Harris’ ability to return to form, dealt backup shooting guard Malik Beasley to Minnesota in February. An unintended consequence of that move was it put more pressure on Harris to produce.

The other factor Nuggets executive Tim Connelly must consider is the health of Will Barton, whose ailing knee forced him to leave the “Bubble” without playing a game in Orlando. Barton, at 6-foot-5 and just 180 pounds, has always been an undersized small forward. That didn’t stop him from putting up career-best numbers as the third-most consistent player on the roster last season. Barton’s been rehabbing in Miami for weeks. Only he and presumably Connelly truly know his status heading into this upcoming season, which could start as early as Dec. 22. If there are question marks about Harris’ confidence, Barton could easily slide to the starting two, if healthy.

But if questions persist about both, the Nuggets have options.

If Kentucky’s Tyrese Maxey remains on the board at No. 22 (unlikely, but possible), the Nuggets should strongly consider snagging the two-way freshman. Maxey, a 6-foot-3 ball of energy, is constantly on the move on offense and has an intriguing physical approach on defense. One valid knock is that he only shot 29% from the 3-point line at Kentucky, but his quick first step and eagerness to penetrate still made him a viable offensive contributor. He’s somewhat comfortable on the ball, and his 83% clip from the free-throw line suggests his shooting profile can improve.

After a mediocre 3-point shooting season (15th in the NBA), particularly out of the shooting guard position, it wouldn’t be a surprise at all if the Nuggets prioritized outside marksmanship. If that’s their intention, Arizona freshman Josh Green might be the perfect fit. Green has excellent size for his position (6-6, 210 pounds), a switchable defensive mentality and converted 36% from 3-point range. The Nuggets always value defensive versatility, and Green can capably check guards and wings.

Green’s not much of a ball-handler, but he does have a soft touch around the rim and smooth stroke from outside. NBA comparisons to Danny Green aren’t unfounded. If Green were to slide, the Nuggets should be ecstatic at the boxes he could check as well as the insurance he’d immediately provide.

Outside of Nikola Jokic and Jamal Murray, the Nuggets also lack playmakers. That’s where Barcelona’s Leandro Bolmaro becomes an interesting name. It’s rare to have a 6-7 guard comfortable with the ball in his hands, but that’s Bolmaro’s style. He’s a skilled international passer with a good handle and elite vision. He’d likely be a lottery pick were it not for his questionable shooting mechanics. We know the Nuggets aren’t afraid to draft international prospects. And given Jokic’s on-ball wizardry, it’s endlessly tempting to think about them both slinging passes all over the court.

Outside of potential No. 1 pick Anthony Edwards and high lottery possibility Devin Vassell, the Nuggets should have a realistic shot at injecting talent at the two guard. Another name that could be available is Desmond Bane, a four-year player out of TCU. Bane’s been a late riser in recent mock drafts, mostly due to his blistering outside shooting. He shot well over 40% from 3 the past three seasons.

The knock on Bane, other than his advanced age, is that his wingspan (6-5) is less than his height (6-6). Measurables have taken on advanced meaning in recent years, though critics chided “Bubble” breakout Tyler Herro for the same issue, and he’s doing just fine. The reality is there are risks with Bane, and though his floor is higher since he’s a well-known prospect, his potential ceiling might be lower.

The Nuggets have ample intelligence on all of these prospects. The luxury on draft night is that they’ll likely have options, too.