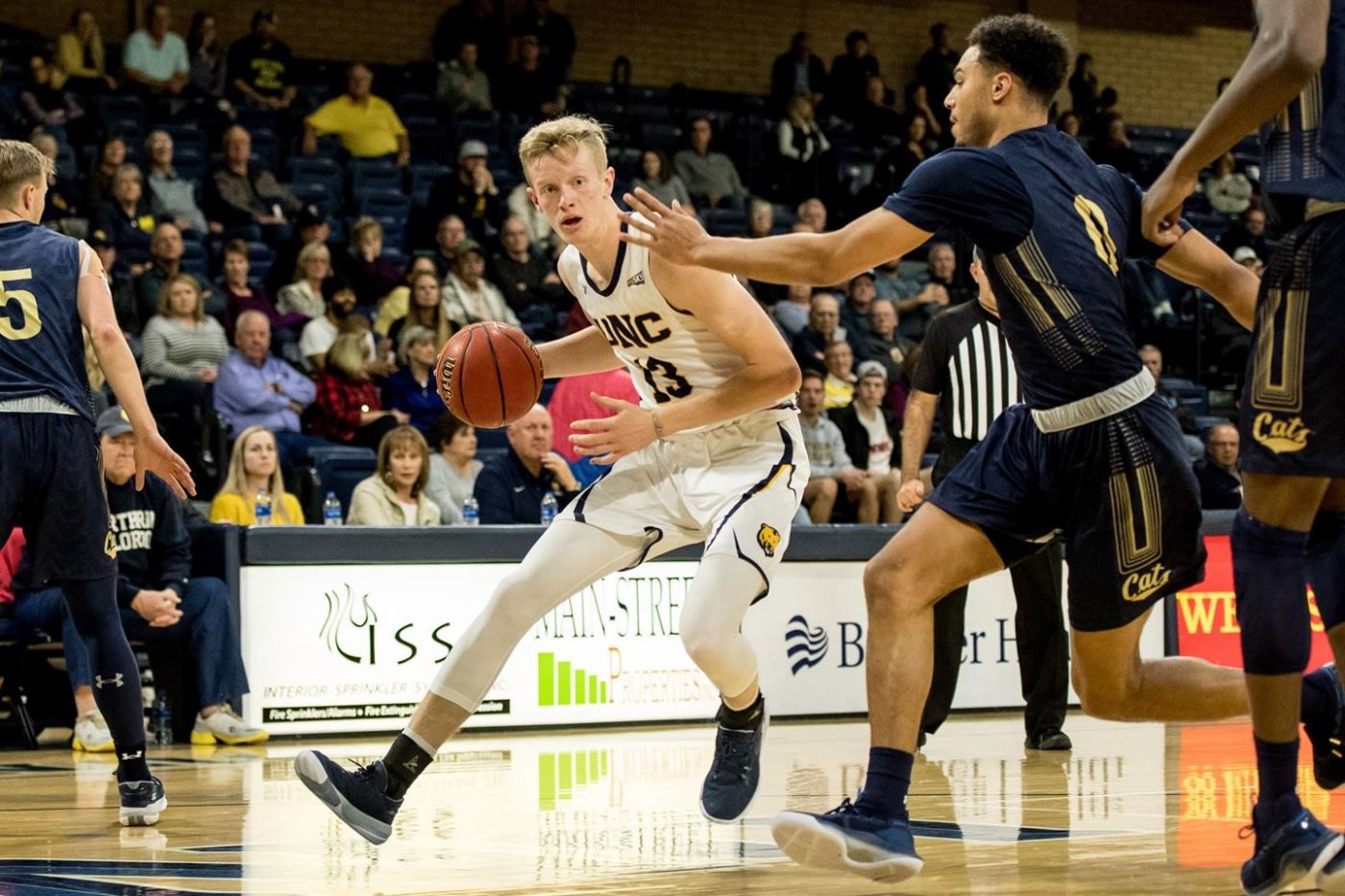 Smiley, then the associate head coach, earned the top job in March — at the beginning of the COVID-19 pandemic — after Jeff Linder resigned to take the head coaching position at Wyoming. The athletic department tabbed Smiley as Linder’s likely successor prior to the coaching change.

Most of Smiley’s time after the initial hire was spent recruiting, adding staff, connecting with supporters and meeting with players, he previously told the Greeley Tribune. The team held at least one virtual meeting per week.

Because many players already had relationships with Smiley, however, having to make COVID-19-related adjustments while experiencing a coaching change wasn’t a big shock. Junior guard Bodie Hume said the returners knew what was expected when things changed. They also knew Smiley’s personality and coaching style, and trusted him.

“It’s been a pretty smooth transition,” Hume said. “(Smiley) definitely knows what he’s talking about head coaching wise and a lot of guys respected him as an assistant, so it’s been pretty easy.”

This was the opposite of the experience of the football team. First-year coach Ed McCaffrey came in as a brand new member of the athletic department and had to build relationships with everyone — not just the freshmen and transfers — from scratch. McCaffrey said this summer that the pandemic initially posed challenges to creating the same trust and chemistry.

Hume said the new players adjusted well, too. Even though they didn’t have experience within the program, they “bought in” to holding Zoom meetings and working out at home.

“The type of coaches that we brought in are the type that players want to be around,” Smiley said. “I think it’s really good in terms of guys building relationships really quickly. I feel great about where we’re at.”

Hume knew Fehringer and Reed on a personal basis before attending UNC, but he said they came in and made other players feel at ease.

Smiley and Hume both shared excitement about the season and know there is a lot of room for growth.

The team expects to release its full schedule in the coming weeks — the NCAA approved a season start of Nov. 25 — with Colorado State and Denver already confirmed.

Hume is one of the top UNC returners. He averaged 13.9 points and 9 rebounds per game in the shortened 2019-20 season.