Why states are racing to build their own digital currency (CBDC) 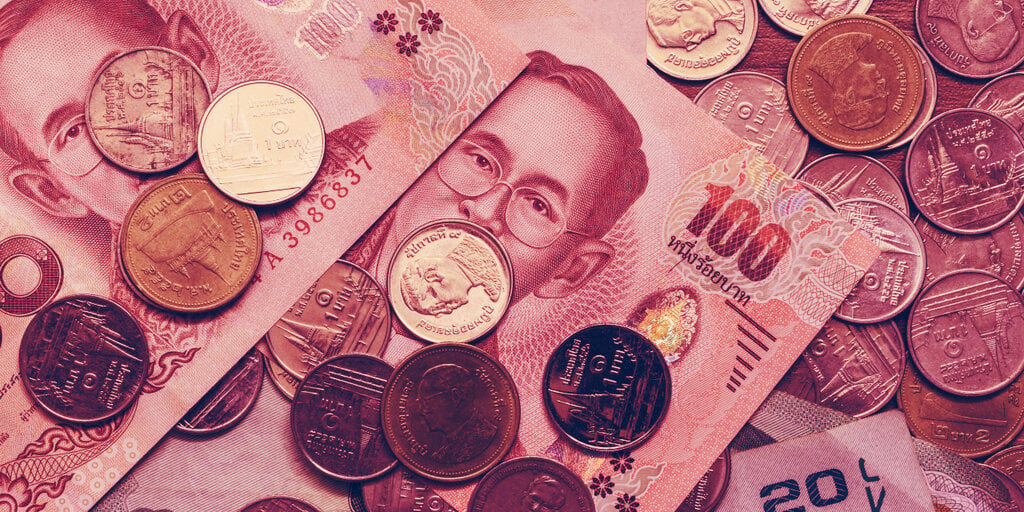 South Korea, Canada, Brazil, Japan, Thailand, China and France are all in a race to build their own central bank digital currencies or CBDCs. But why? Why not Bitcoin, or any of the other cryptocurrencies currently in development?

Today on Market Watch we’re going to look at who is in the race to build a currency, what are the benefits, and what it could mean for further adoption.

What is a CBDC?

A central bank digital currency is exactly what it sounds like, it’s a form of currency created and managed by a nation state’s existing financial institution, like the Bank of England for example.

But instead of physical money in the form of notes and coins, it’s all digital. That may sound a bit wooly, and you’d be right in that estimation. That’s because there isn’t a solid definition of what a CBDC actually is.

“CBDC is not a well-defined term,” says the Bank for International Settlements. “In fact, for purposes of analysing what may change, it is easier to define a CBDC by highlighting what it is not: a CBDC is a digital form of central bank money that is different from balances in traditional reserve or settlement accounts.”

Why are banks so keen to build a CBDC?

There are lots of reasons, depending on what state a nation’s currency is in. In Venezuela, for example, where hyperinflation and restrictions on Venezuelan citizens from buying foreign currency has meant the economy ceases to be effective. A digital currency controlled by the state could be one way of trying to create a more consistent value for its currency.

In other countries, meanwhile, the distribution of money from the state to its citizens involves middlemen, like banks and payment providers like Visa and Mastercard. That extra step normally involves fees and increased time. Some banks take days to clear the movement of large amounts of currency. A digital currency, however, could be issued instantly, creating greater efficiency.

In the case of COVID, where many countries have given their citizens cash directly, distributing that money in a digital currency world would have been done far quicker.

The last reason a central bank might be interested in creating a digital currency is that economies are increasingly leaving physical cash behind in favour of digital money. That’s lead to the rise in payment services like PayPal in the West, and WeChat in China.

These companies handle the movement of billions of dollars of money to and from people’s accounts. As a result, the government doesn’t know much how that money is spent.

This makes trying to work out forecasts for the economy quite difficult. For example, if a government can’t measure the total money supply, or M2 as it’s known in economist circles, it can’t accurately forecast things like inflation, which in turn has ramifications for employment, consumer spending, business investment, currency strength and trade balances.

A centrally issued digital currency would allow a government to know more clearly what’s happening in the economy.

It’s worth noting here that different countries have put forward different concepts for what their prospective digital currency could be, some might be focusing on understanding money supply while others could be focusing on making it easier for its citizens to transfer and receive money directly from the state.

While a lot of countries are working on a version, most states are taking their time to figure out what’s the best version for them.

If we were to pick out a country who is close to releasing a fully-fledged CBDC it’s China. Just this week, the Chinese tech hub Shenzhen said it would distribute over 10 million yuan ($1.5 million) to citizens as part of a broader pilot test for its national digital currency.

Most governments are still in the planning phase, with some actively slowing down their progress. Sweden’s government recently put the brakes on going cashless, for fear of moving too fast.

Elsewhere, the UK has vowed to protect access to cash, and in the US, states are already beginning to legislate against cashless retail for fear that many who still rely on the cash economy are being left behind.

There are also concerns around how private a state-run digital currency will be. In China, its version effectively enables the state to screen every transaction and freeze funds at will.

What are the risks?

One of the key questions looming around CBDCs is what role they’ll play in the wider economy, in particular how they’ll play alongside financial services.

For example, if a central bank allows citizens to maintain their savings and current accounts directly with the state, what happens to the commercial banks that have been providing a similar service?

Other risks include the balance between privacy and security. Some people don’t trust state actors to keep their paychecks safe, and there are issues around cybersecurity and hacks infiltrating the currency.

As a result, central banks are talking about limiting the scope of central bank digital currencies, perhaps by imposing a cap on how much money could be kept in a central bank account.

While Bitcoin has paved the way for digital currencies to become commonplace, it’s not seen as a viable alternative for governments to openly endorse.

The main reason is because of its open-source nature, governments can’t control something that sits outside of its borders. The mining community for Bitcoin, for example, is highly concentrated in China.

That would mean a state would be issuing a currency it didn’t have full control over. So for now, Bitcoin will remain in the hands of the many, not the few.