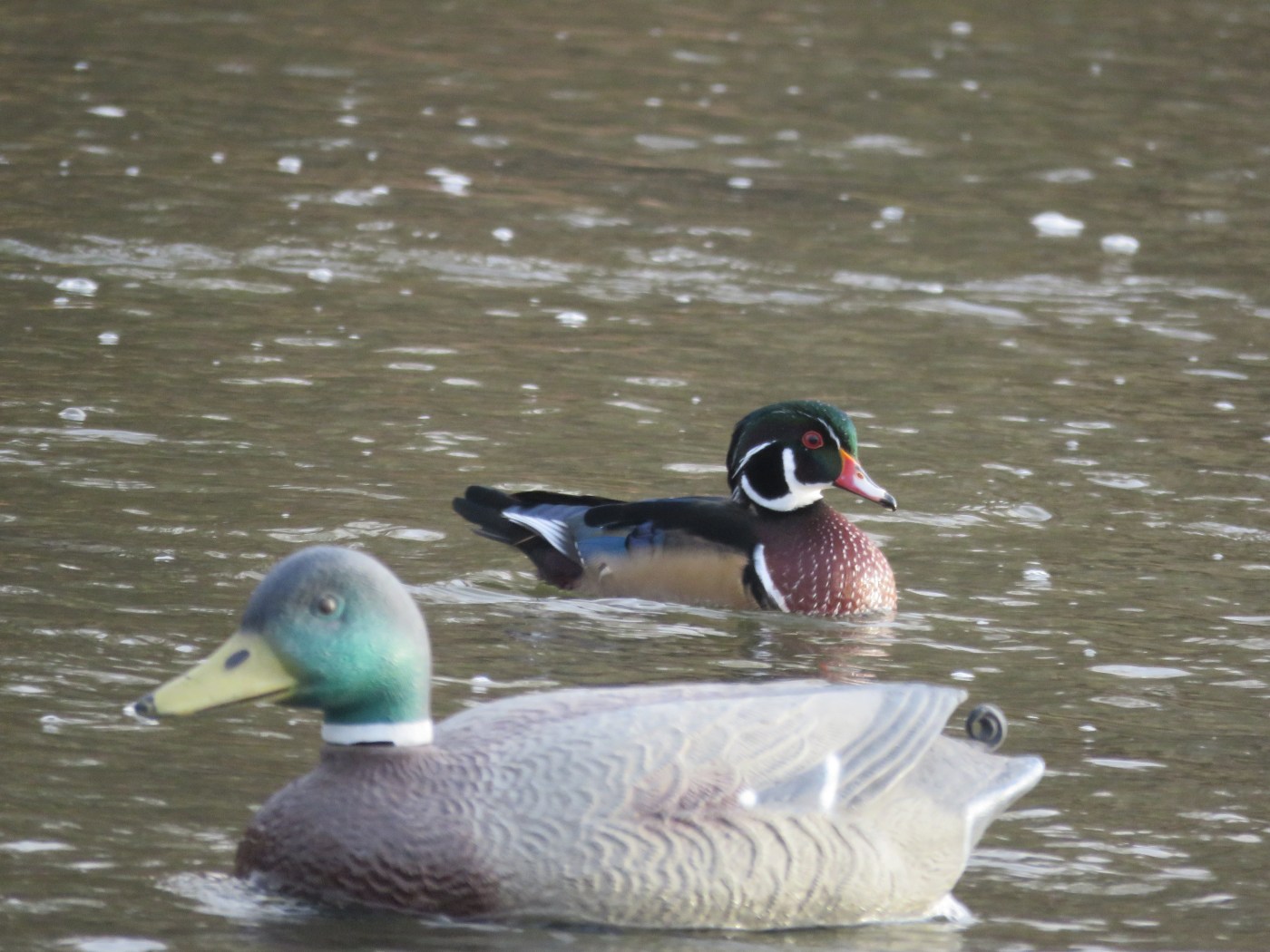 One of the miracles in nature is the annual migration of North American waterfowl in their journey from Alaska, the provinces of Canada and the Prairie Potholes south into the continental United States and Mexico.  This annual winged migration graces our fall skies with v-shaped, mass formations of birds that should remind us of our proud heritage of effective wildlife conservation.

As this winged migration commences each fall in Colorado, so do the waterfowlers who take to the sloughs, lakes, rivers and ponds, as well as the grain fields, in pursuit of getting a few of those hundreds of thousands of ducks and geese.  And they will take these beautiful feathered critters home where they’ll spend time plucking and preparing them for delicious table fare ranging from a roasted Christmas goose to jalapeño duck breast poppers.

This past week I joined retired Denver business owner Richard Haywood of Aurora and Major Greg Canady, a US Army officer stationed in Colorado Springs with the US Space Command and headed southeast to hunt along the Arkansas River near Lamar.

Our Wednesday duck season opener could not have been timed better as the cold front which came into our state on Sunday and Monday brought with it thousands of numerous species of ducks and at least two species of geese, easily identified as snows (white geese) and Canadas (dark geese).    Tuesday afternoon in the valley included intermittent snow flurries and overcast skies which resulted in harvested grain fields along Highway 50 being packed with thousands of ducks and geese.

Also Check:  In Joe Flacco, Jets get a credible backup for Sam Darnold

While Wednesday morning saw an end to the precipitation it also saw continued flights of waterfowl along the Arkansas River where we had set out 8 large duck decoys along with a couple of “toys” from my hunter’s collection that included a plastic modeled “posterior” of a duck that had rotating battery powered feet, as well as another decoy that had a recycling waterspout that made the fake bird appear to be dabbling  Whether the ducks landed near our decoys out of pure curiosity, or our lures actually looked like real ducks, we’ll never know but it proved effective.  By mid-morning Wednesday we had bagged our legal limit which in our case included 5 greenheads (drake mallards) each and a bonus gadwall for Greg, with Richard and I holding out for bull sprigs (drake pintails).

Besides the dutiful work of cleaning the birds, we spent the rest of the day enjoying the valley wildlife which, in addition to the waterfowl, included sandhill cranes, whitetail and mule deer; and even a bonus beautiful bobcat.  Duty called for Maj. Canady, who returned to Colorado Springs that evening, while Richard and I finished the day locating our annual bushel of roasted peppers (still available in Swink); enjoying the fine Mexican cuisine in the area; and getting in an additional hunt on Thursday morning.

Colorado sportsmen have many forthcoming days to pursue waterfowl in our 2020-21 season.  With  Colorado’s first duck season having started in September (early teal), we’ll find ducks and good hunting until the end of January, a testimony to our state and nation’s emphasis on good, sound wildlife management which, again, includes hunting.