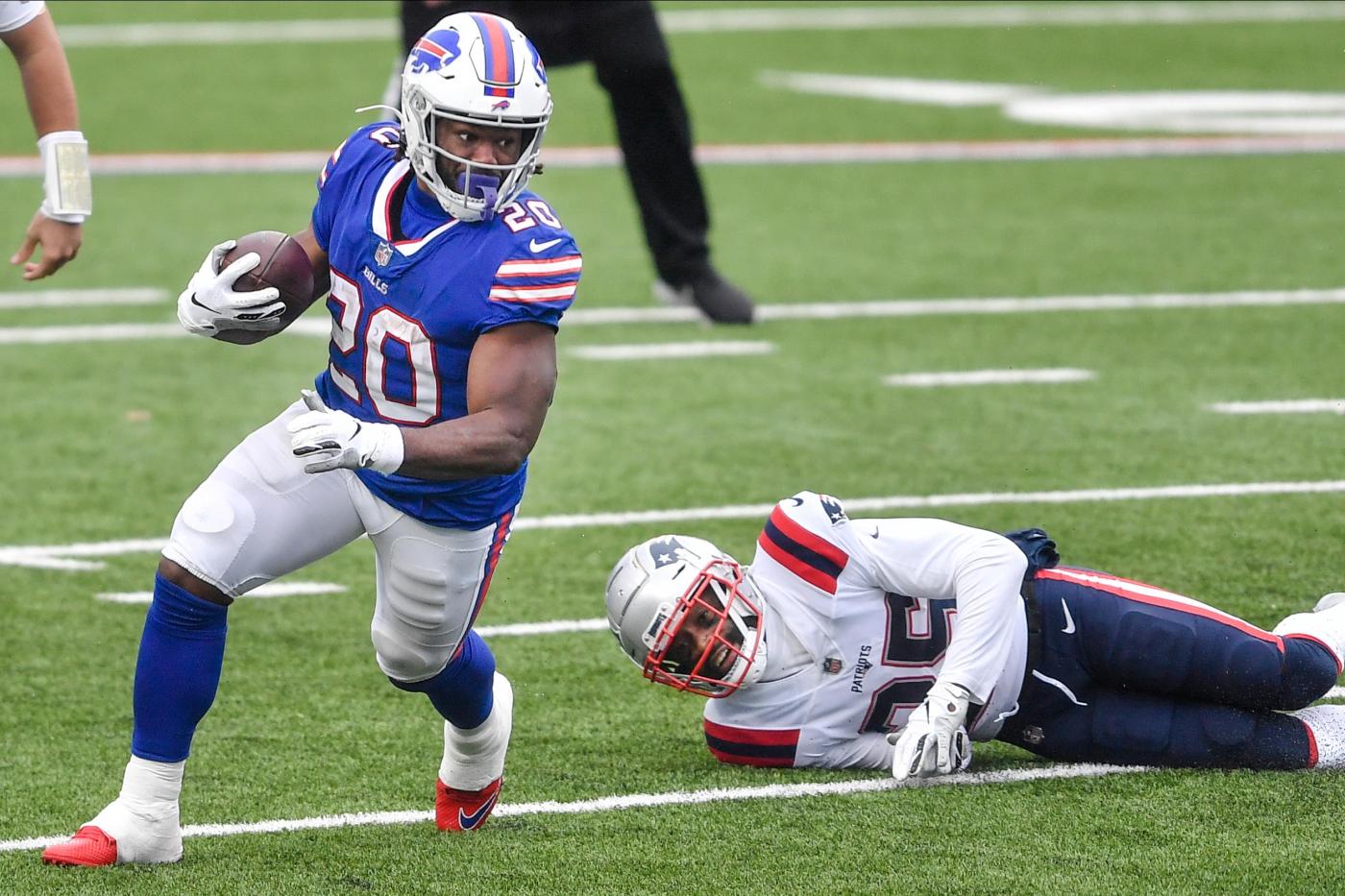 Injuries to 49ers QB Jimmy Garoppolo and All-Pro TE George Kittle, along with the benching of Colts RB Jonathan Taylor, are among the driving forces behind the Week 9 waiver wire.

The bye weeks of the Bengals, Browns, Eagles and Rams will also lead fantasy owners in search of filling holes as a make-or-break week of the fantasy regular season has arrived.

ZACK MOSS, RB, Bills: The rookie finally showed his potential by rushing for 81 yards and two touchdowns on 14 carries in the Week 8 win over the Patriots. Moss’ performance may have signaled that the Bills will at least pair him and Devin Singletary, since Sunday marked the first time Moss received more than half of Buffalo’s RB snap count (53%). He should be added if available and gets a strong Week 9 play against the porous Seahawks defense.

J.K. DOBBINS, RB, Ravens: With Mark Ingram out, Dobbins made the most of his season-best snap count (66%) and handled the Steelers’ run defense for 113 yards on just 15 carries and added an 8-yard reception. Early indications are that Ingram could miss Sunday’s game at the Colts, potentially giving Dobbins another opportunity for double-digit touches. Gus Edwards will be a factor in the Baltimore ground game, yet Dobbins is the player to own if he’s available.

JORDAN REED/ROSS DWELLEY, TE, 49ers: Kittle is expected to be out six to eight weeks, all but negating his 2020 fantasy production. Reed was activated off injured reserve last week after missing six games with a knee sprain. Prior to the injury, Reed had caught 11 of 15 targets for 81 yards and a pair of touchdowns in relief of Kittle earlier in the season, but with the 49ers facing a short week entering Thursday’s game against the Packers, Dwelley might be the better short-term option. He scored late in the Week 8 loss to the Seahawks and will see his share of targets. Both, though, should be strongly considered for Kittle-less owners or those in need of a streamer.

JORDAN WILKINS, RB, Colts: Few, if any, could have envisioned Wilkins emerging with 21 total touches and a touchdown while amassing 113 yards from scrimmage. Wilkins led all Colts backs with a 51% snap count, a surprising total considering he had been under 6% three times this season. Whether the Colts simply saw Wilkins as a good matchup in the Week 8 win over the Lions or if they now see him as a featured back, fantasy owners — especially those who own Taylor — would be wise to take a flier that has considerable upside should Indianapolis give him the bulk of the RB snap count.

COREY DAVIS, WR, Titans: Since his return to the lineup in Week 7, Davis has reeled in 14 of his 20 targets and comes off an impressive outing against the Bengals that saw him catch eight passes for 128 yards and a score. Obviously, QB Ryan Tannehill has established a rapport with the 2017 first-round pick and will continue to include Davis, who has found the end zone the past two weeks.

MIKE WILLIAMS, WR, Chargers: Williams has found the end zone in two of his past three games, and with rookie QB Justin Herbert now established as a must-start option, Williams will either enhance a fantasy team’s depth and/or make a good streaming Week 9 play. Herbert has targeted Williams 19 times in the past three games, resulting in 11 receptions for 212 yards. The Chargers meet the Raiders in what could become an offensive slugfest, so keep Williams in mind if there’s a need for a big-play wideout.

CURTIS SAMUEL, WR, Panthers: Carolina has found ways to put the ball into the hands of Samuel, giving him 23 combined touches the past three games, including eight carries for 56 yards and two touchdowns. All-Pro RB Christian McCaffery is likely to return for Sunday’s game at the Chiefs, yet there’s little reason to think Samuel will suddenly become ignored. He’ll fall down the pecking order of touches in the Panthers offense, yet there’s enough upside to consider adding him, especially if Carolina falls behind early and forces QB Teddy Bridgewater to pass more often.

JAKOBI MEYERS, WR, Patriots: Almost by default, Meyers has become the go-to receiver in New England’s anemic passing game. Meyers has caught 10 of his 16 targets over the past two games and added a reception for a 2-point conversion in last week’s loss to the Bills. Meyers was on the field for all but one offensive play in Week 8, and with the Patriots facing a woeful Jets defense on Monday night, Myers emerges as an interesting streamer in deeper leagues.

NICK MULLENS, QB, 49ers: Mullens replaced the injured Jimmy Garoppolo late in the third quarter of the Week 8 loss at the Seahawks and got going with 238 yards and a pair of scores in a little more than a quarter. Garoppolo will be sidelined multiple weeks, so perhaps Mullens, who averaged 11.1 yards per attempt against Seattle, can do what Garoppolo couldn’t: throw the ball downfield. Mullens’ presence in the lineup could be a blessing for WRs Brandon Aiyuk and Deebo Samuel on Thursday night as they face a suspect Packers secondary.

Also Check:  Sports came back in 2020 but now comes the hard part

CHASE EDMONDS, RB, Cardinals: Even though starting RB Kenyan Drake’s ankle has shown improvement and increased his chances of returning for Sunday’s matchup against the Dolphins, Edmonds still merits pickup consideration if he’s still available in waiver wires. Even if Drake returns, Edmonds is going to be a good flex option in PPR formats as he has caught at least five passes in three of his past four games while earning more than three times as many targets as Drake.

D’ONTA FOREMAN, RB, Titans: The former University of Texas All-American appeared in his first regular-season game since 2018, rushing five times for 37 yards in the loss to the Bengals. He’s mentioned here for Derrick Henry owners, as the 236-pound Foreman plays a similar style and would be sought after if Henry missed any time.

This column was provided to The Associated Press by SportsGrid Inc., www.sportsgrid.com